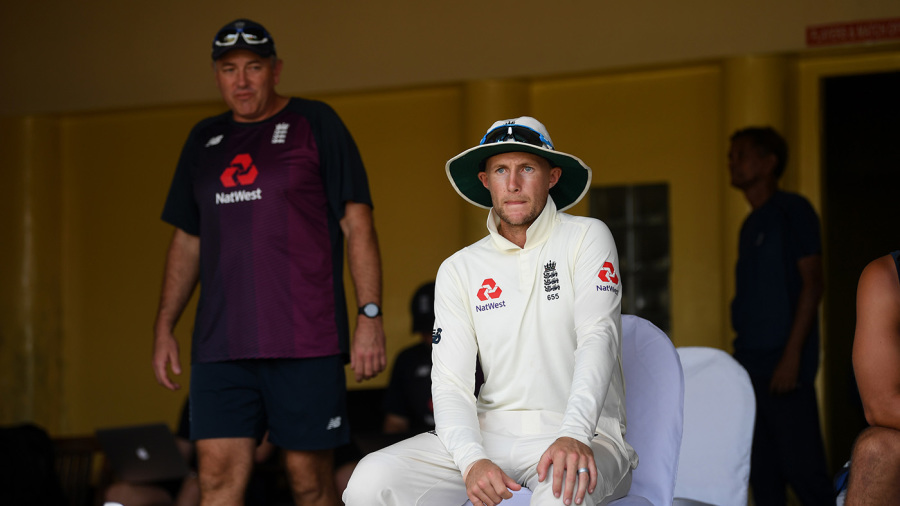 England’s tour match against a Sri Lanka Board President’s XI was called off 11 overs after tea on the second day, a few minutes after the ECB confirmed that the Test series scheduled for later this month had been cancelled due to the COVID-19 pandemic.

England had brought in Matt Parkinson as an injury replacement for Ben Stokes following the allrounder’s abdominal strain and lost 7 for 91 on the second morning, with left-arm spinners Prabath Jayasuriya taking six wickets. Joe Root was trapped lbw shortly after making his hundred while Ollie Pope was bowled for 95.

Chris Woakes struck with the first ball of the reply as Pathum Nissanka fell for a first-ball duck, and then took a sharp chance off his own bowling to get rid of Sadeera Samarawickrama. Parkinson, who was unlikely to play in the first Test unless Jack Leach was not sufficiently fit, then bowled Angelo Perera with his seventh ball before the tea interval.

Lahiru Thirimanne finished unbeaten on 88, an innings which in normal circumstances might have left Sri Lanka’s selectors ruing their decision to omit him from their squad for the upcoming Test series. In practice, there were more important issues to worry about.