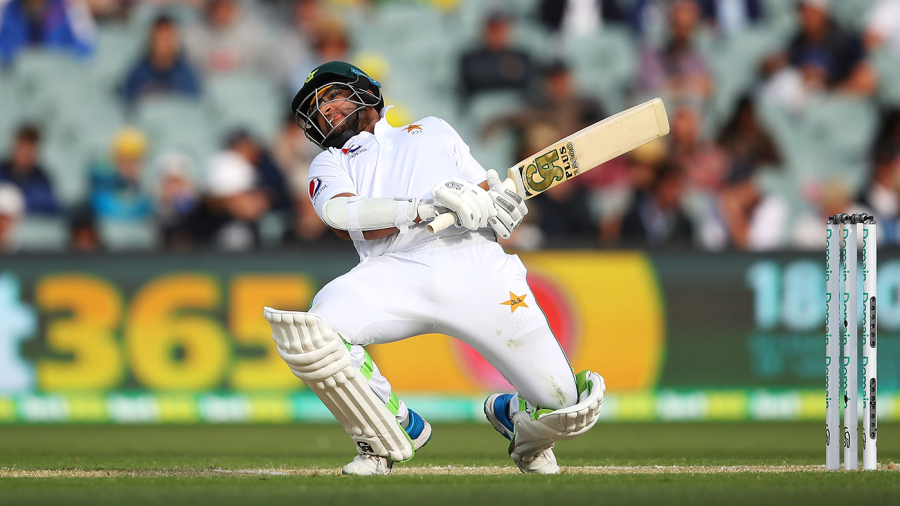 We’re at that point again, and it seems we’ve been here before. Yet another massive hurdle has been jumped over as Pakistan scramble their way back to what nearly every other cricketing nation takes for granted: playing home matches at home. This time, Test cricket is back in the country, finally, bringing the curtain down on an exile that began when Sri Lanka were targeted by a terror attack mid-way through a Test match. Ten years and nine months on, Sri Lanka return to finish what had been left uncompleted.

Since that terrible day, Sri Lanka have been here, for T20 cricket and for ODIs. But those seemed very much like experimental tours, investments that would pay off in the long term if they went off without incident. On both occasions when they came to Pakistan – in 2017 and 2019 – several players pulled out, but this time Sri Lanka arrive with a full-strength side. And it is for Test cricket.

The talk from them has centred around the sport itself, on selection and strategy. They aren’t here to play a role in a feel-good Pakistan narrative, no matter how noble their part. They’d much rather walk away with the trophy and Test Championship points.

On the cricketing front, Pakistan are beset by poor results; they have lost their last seven completed matches across formats, culminating in a wretched 2-0 Test series defeat to Australia, where Pakistan failed to make the hosts bat twice in either Test. It is part of a wider malaise in the longest format which has seen the side lose 17 of their last 24 Test matches, and slip down the rankings from one to eight.

More specifically, the opening combination is still up in the air and, Babar Azam aside, the form of the middle order remains far from convincing. And the retirements of Mohammad Amir and Wahab Riaz, and persistent injuries to Hasan Ali, mean the pace-bowling department is particularly green – though perhaps still exciting.

To further complicate matters for Pakistan, Sri Lanka come to Rawalpindi with a solid recent record in Tests away from home. After the UAE became Pakistan’s “home venue” following that 2009 terror attack, Sri Lanka were the first side to beat Pakistan in a Test series there, in 2017. That was followed up by a series win in Bangladesh and, most impressively of all, a 2-0 series win in South Africa earlier this year.

This series may be a career highlight for every participating Pakistan player, but no one has as much of a personal point to prove as Fawad Alam. His continued absence from the international set-up had been something of a curiosity in Pakistani cricket, with several selection committees overlooking him for players with inferior domestic records. No one has scored more runs in first-class cricket in Pakistan than him over the past five years, and demands for his inclusion became something of a cause celebre in Pakistani cricket circles. Called up fresh off the back of a double-hundred in the Quaid-e-Azam Trophy, Fawad is aware this may be the only chance he gets to press his claim for a regular place in the side.

Sri Lanka’s backroom staff is as intriguing in the context of this series. Less than six months ago, the Sri Lanka head coach and batting coach occupied those roles in the Pakistan set-up, while the fielding coach is widely credited as having improved the fielding fortunes of the Pakistan side in his two years with the team. Mickey Arthur, Grant Flower and Steve Rixon’s intimate knowledge of Pakistan cricket is unlikely to do any harm to Sri Lanka’s chances.

Shan Masood and Imam-ul-Haq are set to continue being opening partners, while Usman Shinwari is expected to slot into the pace attack. Pakistan may have a call to make on the middle order, where there appears to be just one slot for Fawad Alam and Haris Sohail to contest.

Sri Lanka were dealt a blow on the day of their departure with Suranga Lakmal was ruled out with dengue fever, with young pacer Asitha Fernando taking his place. That leaves them with a few tough decisions on the bowling front. Do they go in with a bright but inexperienced attack featuring left-arm spinner Lasith Embuldeniya, and quicks Vishwa Fernando, Kasun Rajitha and Lahiru Kumara, or do they put offspinner Dilruwan Perera in there as a chaperone? They may also think about swapping out Kusal Perera – he has been in poor form for the past six months – for Dinesh Chandimal.

Rain is expected for significant parts of days two and three.

The pitch was covered on match eve, meaning the strip is a bit of an unknown, though batting first is likely the way to go.