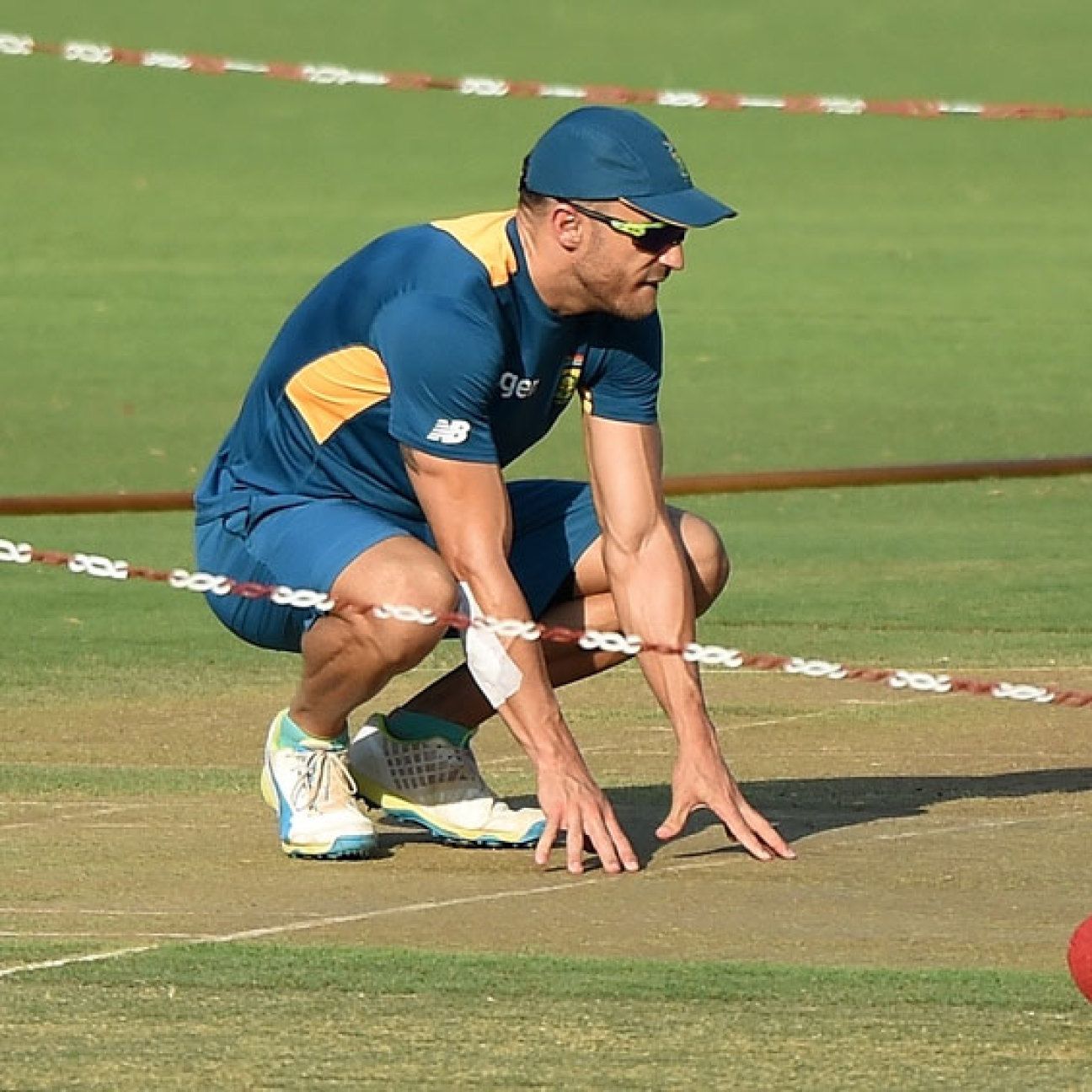 Playing conditions in the age of the Test championship are less likely to be stacked in favour of the home team, according to South African Faf du Plessis.

Currently preparing to play the second Test in a three-match series in India, du Plessis and his team have been pleasantly surprised with pitches, which are less hostile than they were on South Africa’s last tour in 2015.

Back then, South Africa faced a trial by spin and lost two of the three non-rain affected matches inside three days. The Nagpur surface was rated poor on the evidence of variable bounce, turn and pace and South Africa’s batsmen were completely undone, which led to them losing a first series on the road in nine years and their No.1 ranking.

In response, South Africa prepared revenge strips aka green tops for India’s visit in 2017 and earned their own premier pitch at Wanderers a fine for excessively steep and unpredictable bounce. The venue remains under warning until 2023 but du Plessis thinks such tactics are unlikely to continue thanks to the new Test league.

“That’s the big thing the Test Championship has changed. In the past, if you had a below-average pitch, you got a warning, whereas now you get deducted points,” du Plessis said.

He is only partly correct, because the home side will only lose points if the match is abandoned because of an unfair pitch, but the broader point stands. Home sides are less likely to ask for anything that could result in their line-up being disadvantaged by conditions because they would not want to risk losing any points.

“Home games are going to be very important. We knew coming here, India will always be a tough place to play but you’ve got to make sure you get your points at home,” du Plessis said. “It’s not as obvious as making wickets like that (to suit the home side) anywhere, like what it was in 2015.”

That much was evident in Vizag, where the pitch started off slow, flattened out and then took turn later on. It remained possible to score runs and take wickets throughout and produced a compelling encounter, which India won convincingly. Du Plessis expected Pune to have slightly more in it than for the hosts. “The turf is a little bit more red, more spinning conditions, so expecting the ball to spin a little bit more from the straight. I am not a pitch expert but I think it will take a bit more turn than the first Test.”

ALSO READ: The mystery of the Pune pitch

That will affect how South Africa select their XI, which came under some scrutiny for including three frontline spinners in Vizag, two of whom were largely ineffective. Dane Piedt looks most likely to lose his place if South Africa are after an injection of pace with either Lungi Ngidi or Anrich Nortje, which may help with their big-picture goal of bowling India out twice. “We are thinking, ‘what’s going to be our most aggressive options to get 20 wickets,’ du Plessis said. “We didn’t get 20 wickets the first Test and that’s something I don’t want to do again. We are planning for a pitch that will be a bit drier and that will spin.”

While that means Keshav Maharaj and Senuran Muthusamy, if he plays, will be expected to do most of the wicket-taking, South Africa will also look at the way Mohammed Shami bowled in Vizag to inspire their quicks.

“KG and Vern are masters in their conditions, they have proved that but any cricketer, not just bowlers, tries to learn from players in their own conditions,” du Plessis said. “Shami ran in with a lot of intensity, a bit quicker than in the first innings and things happened a little quicker off the pitch. Also, learning from the lengths that he bowled. He is a guy that hits the stumps a lot. That’s something we want to make sure we are better at. In the first innings, we were too wide and they scored quite frequently square of the wicket.”

South Africa had few answers to Shami’s burst on the fifth morning in Vizag, which they could not blame on conditions. But as a line-up, they still lasted beyond lunch on the final day and proved to themselves that conditions are not unplayable in the new, Test-championship era.

“The difference with us from 2015, where you try and survive in Indian spinning conditions and with that sometimes you can become too defensive and you allow the opposition to be on top of you the whole time, now it needs to be a good combination of positive play, an element of taking risks at some stages of the game to try and counter that pressure from the bowling. The balance between attack and defense is key when you are playing in the subcontinent.”