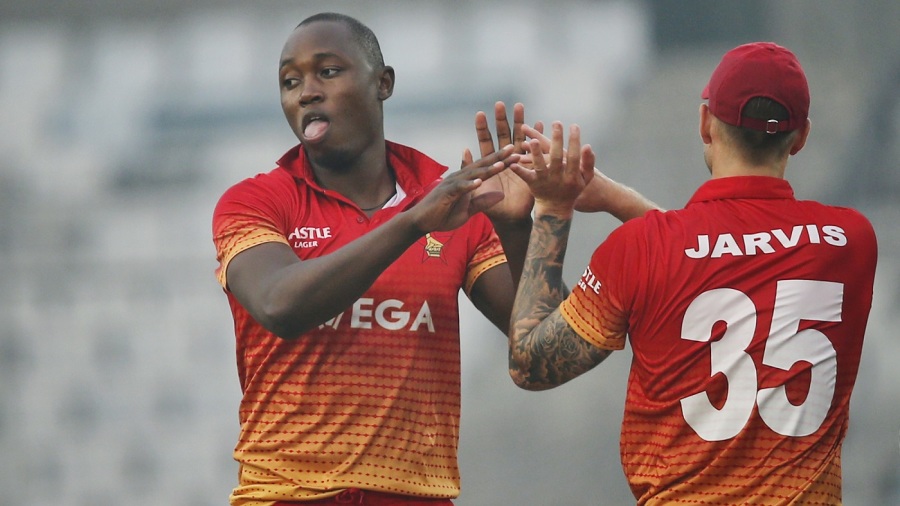 Zimbabwe drew first blood in UAE’s historic maiden ODI tour of a Full Member nation, notching a seven-wicket win over the visitors at Harare Sports Club after sending them in and wiping them out for 110.

UAE were struggling from the start, ending the Powerplay at 19 for 3 as Kyle Jarvis and eventual Man of the Match Tendai Chatara struck a series of early blows. The biggest was Jarvis claiming Ashfaq Ahmed for just 2 to start the third over after the opening batsman entered the day on the back of an unbeaten 131 in UAE’s win over a Zimbabwe Chairman’s XI to start the tour.

Chatara and Donald Tiripano each claimed two wickets as UAE slipped to 42 for 6 by the end of the 23rd over. Mohammad Boota top-scored with 36 at No. 7, helping his side past 100 by the time he was dismissed. Boota teamed up with Imran Haider for a 29-run seventh-wicket stand, the largest of the day for UAE, before Chatara returned in a late spell to have Haider caught behind for his third wicket.

Zimbabwe suffered a brief setback early in the chase when Solomon Mire fell leg before to Qadeer Ahmed for 11. But Regis Chakabva and Craig Ervine produced an 80-run partnership for the second wicket before Chakabva fell to Haider with victory in sight.

Ervine entered the match in sizzling form, having scored four half-centuries in his last five innings during Zimbabwe’s domestic T20 competition while his last three List A innings for Tuskers in the Zimbabwe Pro50 Championship totaled 310 runs while being dismissed just once. The 33-year-old racked up a 40-ball half-century before he was dismissed by Rohan Mustafa with Zimbabwe one shot away from victory.

Timycen Maruma and Sean Williams knocked off the remaining four runs for the win, which came with 26.5 overs to spare.

The two sides square off again in the second ODI of the four-match series on Friday.