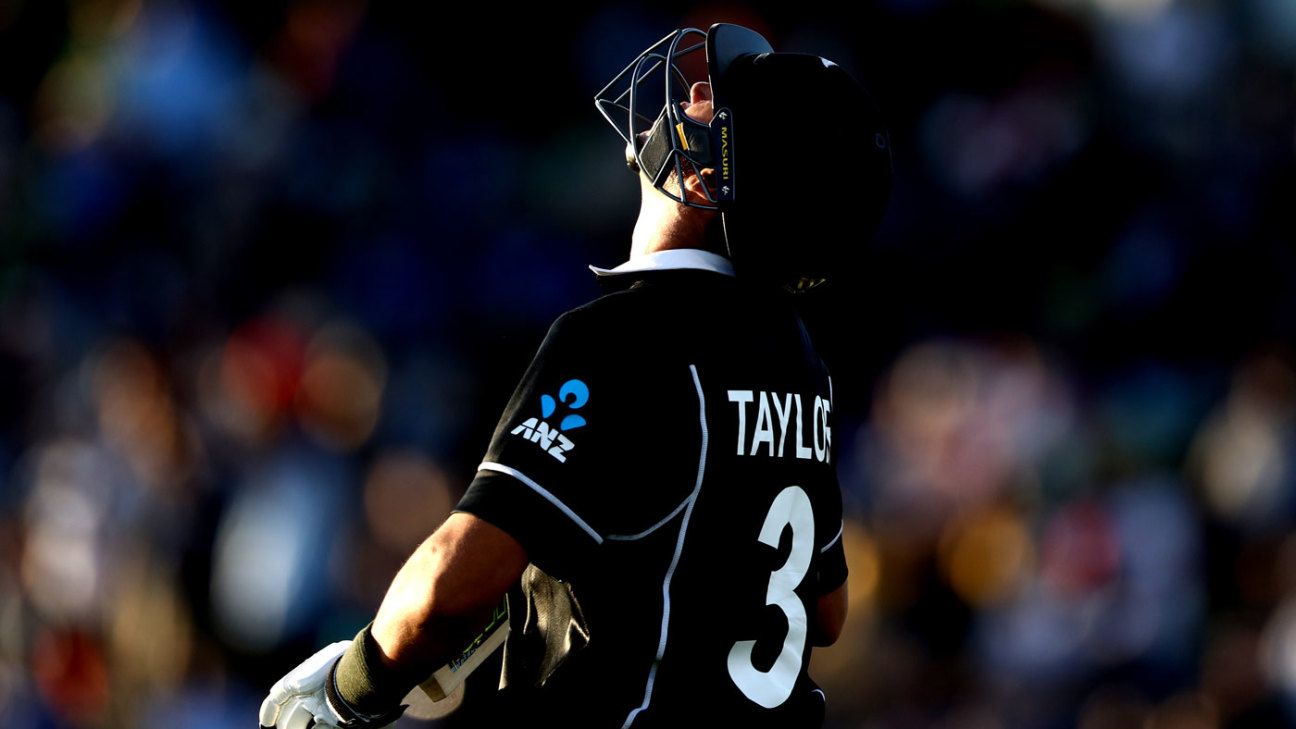 New Zealand batsman Ross Taylor put his team’s series defeat at the hands of India down to the immense quality of their opposition. Even with India’s world-beating potential, New Zealand’s manner of capitulation has been uncharacteristic. Not since 2013 have they lost three successive games at home. Just earlier this month, they were comfortably beating Sri Lanka in all three formats, including a 3-0 sweep in the ODIs.

“It has been a step-up in opposition, and at the same time, India winning the key moments has put us under pressure,” Taylor said. “We just weren’t able to capitalise when we were in a semi-dominant position. But credit to India – when they’ve batted, we haven’t been able to get wickets to put them under pressure. And vice-versa with the bat, with them getting early wickets and putting us under pressure.

“With bat and ball, we haven’t been able to penetrate. We back ourselves to keep wickets with the bat, which we haven’t been able to. India have put us under pressure for long periods of time and got wickets at crucial times. And if you’re three or four down, with still 25 overs to go, you’re still a long way behind the game. We fought hard today, but it just wasn’t good enough.”

Even with the series lost, the remaining games come with their share of stakes for New Zealand. Far from being dead rubbers, they are opportunities for the team to figure out combinations and try out new personnel, with the World Cup just months away.

The experiments have even resulted in established players like Tim Southee sitting out. New Zealand’s spearhead in the previous World Cup, and one of the driving forces behind their run to the final, Southee has been on the wane in limited-overs cricket. Despite a poor series against Sri Lanka, New Zealand persisted with him for the first game of the ongoing series, but he has since sat out, relegated to being used on a rotational basis.

“The World Cup is not far away, we’ve still got our combinations to sort out,” Taylor said. “I don’t know when the team is coming out. There’s a couple of new personnel coming in. Hopefully, they can bring in a new edge to the team.

“I’m not sure what the team composition is for the next couple of matches, but I’m sure he’s [Southee] knocking on the door, he’s not far away.”

Despite the defeat, New Zealand can take solace from having been able to negate the threat from India’s wristspinning duo far more effectively. New Zealand conceded six wickets for 82 runs to Kuldeep Yadav and Yuzvendra Chahal in the first ODI, and six wickets for 97 runs in the previous game. On Monday, the duo returned combined figures of 2 for 90 in 17 overs. In fact, Kuldeep, New Zealand’s chief tormentor, with four wickets in each of the first two games, finished wicketless after eight overs.

Taylor led that effort himself, batting brilliantly for 93 off 106 balls. Against Kuldeep and Chahal, Taylor collected 37 runs off 50 balls, including a four off each bowler. And though he slapped 25 runs off the 27 balls he faced from him, Taylor identified the returning Hardik Pandya as India’s MVP on the day.

“I think you just got to be patient and know they [the spinners] are going to bowl good balls,” Taylor said. “You got to take it deep. If you’re losing wickets in those first two or three overs, they go and squeeze the new batsman and then it becomes very tough. You have to acknowledge that they’re going to bowl good balls and that you can catch up later on, with wickets in hand, and that’s what we did today. I thought we did that pretty well today for most of the time, but it still wasn’t good enough.

“Hardik brings in a very nice balance to the Indian side. He came in and bowled well, used the change-ups and bumper very well, with the wind as well. We wanted to negate the spinners as much as possible. I thought we were able to do that, but Hardik came in and got some vital wickets and a good catch as well. Just the presence he brings into this Indian side, I think the balance of the side is a lot better when he’s in.”