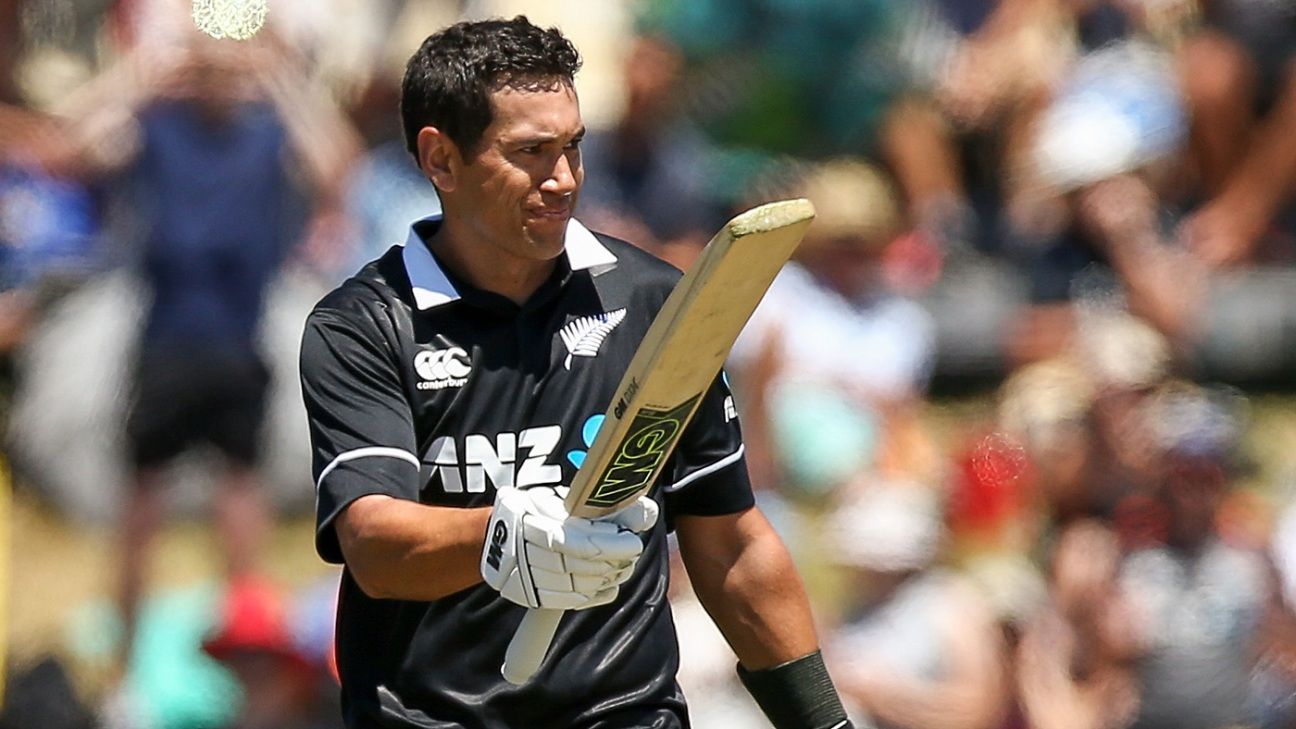 Ross Taylor became New Zealand’s highest run-scorer in ODIs after he crossed Stephen Fleming’s 8,007 runs during the third ODI against Bangladesh in Dunedin. Taylor reached the mark with a single to fine-leg off Mehidy Hasan in the 33rd over.

It was immediately cheered with loud applause and a standing ovation from the University Oval crowd.

Taylor had, earlier in the 28th over, become the second New Zealand batsman to reach 8,000 runs with his trademark slash through point off Mashrafe Mortaza. He has reached both milestones far quicker than Fleming who took 280 matches. Fleming had reached the landmark during the 2007 World Cup semifinal against Sri Lanka, which turned out to be his last ODI.

Taylor’s average is far superior, partly because he has had only four calendar years so far when his average was below 40. Since the start of 2017 however, he has been on a different plain as an ODI batsman with five centuries and 14 fifties as he averages 72.56 in 41 innings.

Fleming’s 7,172 runs, which is the highest for New Zealand in Tests, is also under threat from Taylor although he still needs 649 runs to get past the former captain.