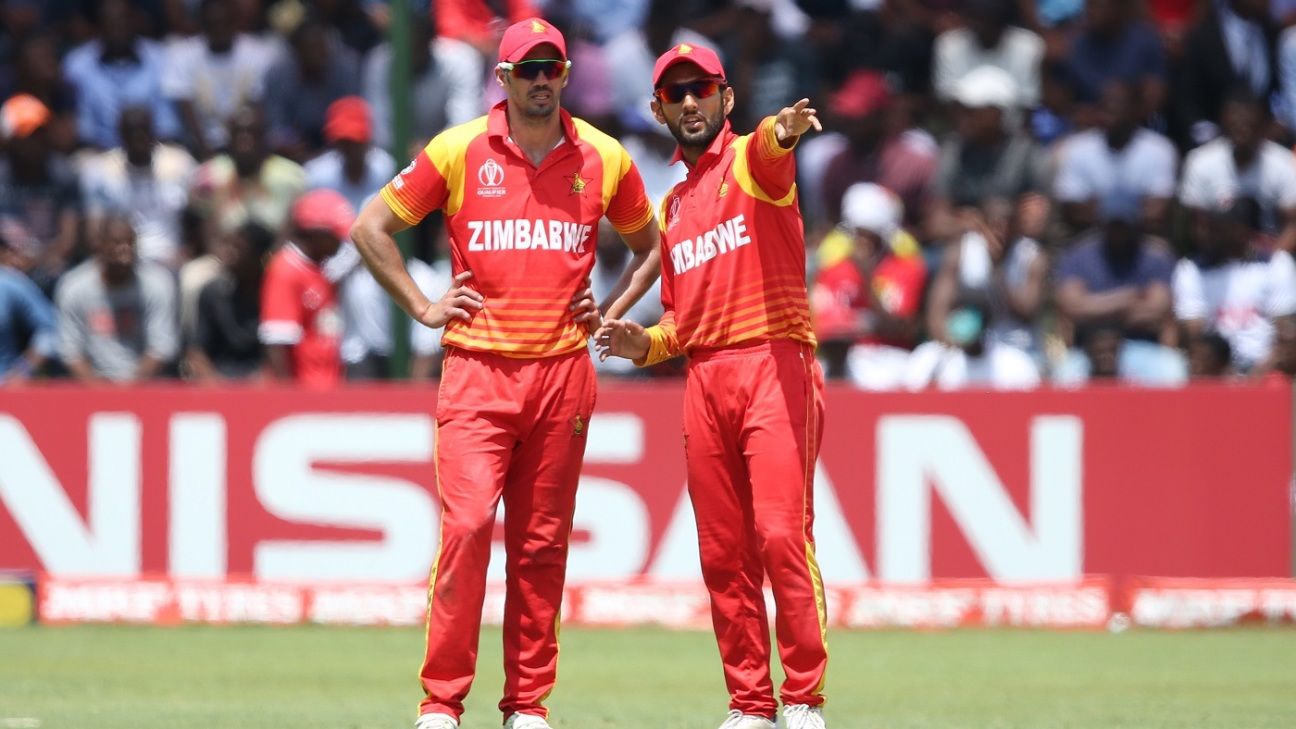 Zimbabwe have named a squad sans Brendan Taylor, Sikandar Raza, Graeme Cremer, Sean Williams for their upcoming T20 triangular series at home against Australia and Pakistan next month. While Raza will be playing in the Global T20 in Canada, Taylor, Cremer, Williams and Craig Ervine were omitted following an ongoing player-board fracas over non-payment of salaries. All five players were also left out of the training squad, named last week, and a practice match against a touring Kenyan side.

Collectively, Zimbabwe’s players, through their newly-reformed association, have demanded that Zimbabwe Cricket (ZC) provides them with a payment plan for two months’ outstanding salaries and their match fees dating back to their tour of Sri Lanka in 2017, by June 25, or they would review their availability for the tri-series. Only the five players named above have made themselves unavailable but ESPNcricinfo understands that up to nine players may pull out of the squad.

However, several other senior players were included in the 16-man squad including Kyle Jarvis, Hamilton Masakadza, Elton Chigumbura, Chris Mpofu and Solomon Mire. Blessing Muzarabani, the fast bowler who made his international debut in a Test against South Africa last year, also found a place in the squad, despite not playing in any of the warm-up matches against a touring Kenyan side. Zimbabwe are yet to name a captain after Cremer was sacked following the failed World Cup qualifier campaign in March.

More players could pull out over the next few days, despite assertion from the officials the tri-series will go ahead unaffected. Asked whether he believed the players have fully committed themselves to the tournament, selection convener Walter Chawaguta said: “I believe so. We based our selection on the players that are available. My assumption is that everyone is available and I have no reason to believe otherwise.”

He also confirmed all five players had withdrawn themselves and called on Taylor, who was lauded by former convener Tatenda Taibu last week, to “set the record straight,” by making a statement on “Twitter or whatever means he chooses,” to explain the players’ grievances.

“I’ve personally spoken to everyone one of those players and they didn’t make themselves available,” Chawaguta said. “We started off with four squads originally (for the warm-up competition) because our intention was to have a local quadrangular. When Kenya came into the picture we chose two squads of 30. Those players were contacted but made themselves unavailable. They didn’t play in the tri-series. Towards the end of the tri-series I personally got hold of every single one of those players and every one of them made themselves unavailable until their issues are sorted out. I had a word with Brendan Taylor yesterday and told him it was time he set the record straight. Hopefully that happens soon.”

None of the players have made any public comments and have directed questions to their representative, Gerald Mlotchwa, who has been in discussions with ZC over payments and indicated players remained unhappy with the board’s attempts to resolve their debt.

On June 14, ZC sent a letter to the players signed by their newly-appointed consultant Vince van der Bijl informing players to expect match fees from the Sri Lanka tour by the end of June and salaries by July 25, a month later than the deadline set by the players.

A source told ESPNcricinfo that the players want written confirmation from ZC officials – and in the absence of an MD after Faisal Hasnain’s departure that would mean communication from the chairman Tavengwa Mukuhlani – detailing a payment plan for the monies owed.

Meanwhile, interim coach Lalchand Rajput, who had coached India Under-19s and was the senior team’s manager when they won the inaugural World T20 in 2007, has taken the depleted squad in his stride. Moreover, he has set them a target of reaching the final of the tri-series, along with a focus on learning how to compete against stronger sides.

“I just looked at the players who were available and the best 17, we have picked. My job is to get the best 17,” Rajput said. “I am not interested in who is not available. I want to get the people who are available to perform in the tri-series. As a coach, you like challenges and its a challenge for me. I am looking forward to it. My main concern is to prepare them well to play against the top teams in the world. It’s important that we prepare them well. In T20, there are no favourites. If you play well on a particular day, you win.”