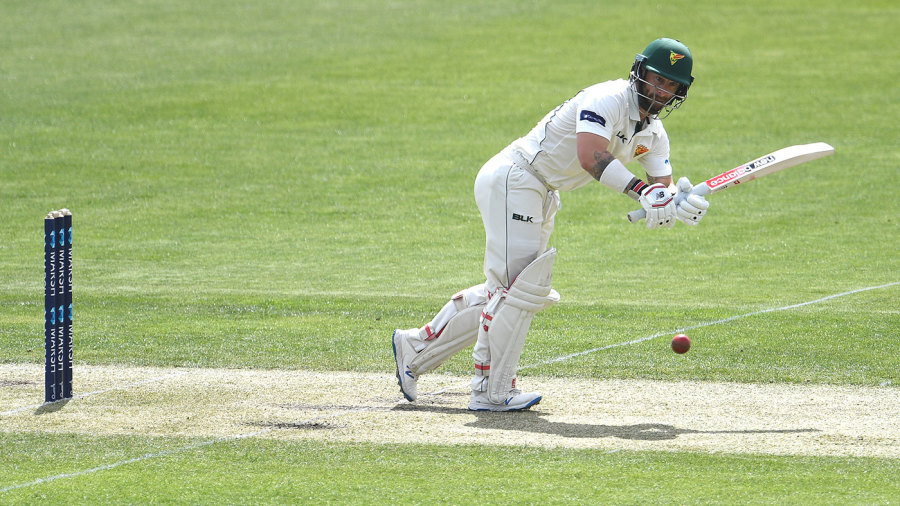 Test aspirant Will Pucovski made his second low score of the match for Victoria as Tasmania cornered the visitors on another day bowling day in Hobart.

While Matthew Wade was able to reach 69, the highest score of the match so far, to enable Tasmania to scrounge a first innings lead of 99, the Victorians were again in early trouble when they batted a second time.

Travis Dean was caught behind and Pucovski lbw to Gabe Bell before the innings was eight overs old, and though Marcus Harris and the captain Peter Handscomb combined for a steadying stand, they were parted with the visitors only 20 runs in credit.

Without anyone going on to a major score, and Nic Maddinson’s recent run of success ending when he was caught behind for 22 off the persevering Jackson Bird, the Victorians were left to limp to stumps 63 runs ahead with only four wickets in hand.

The wicketkeeper Sam Harper must marshall the tail effectively to give them any hope of avoiding a second outright defeat in succession.