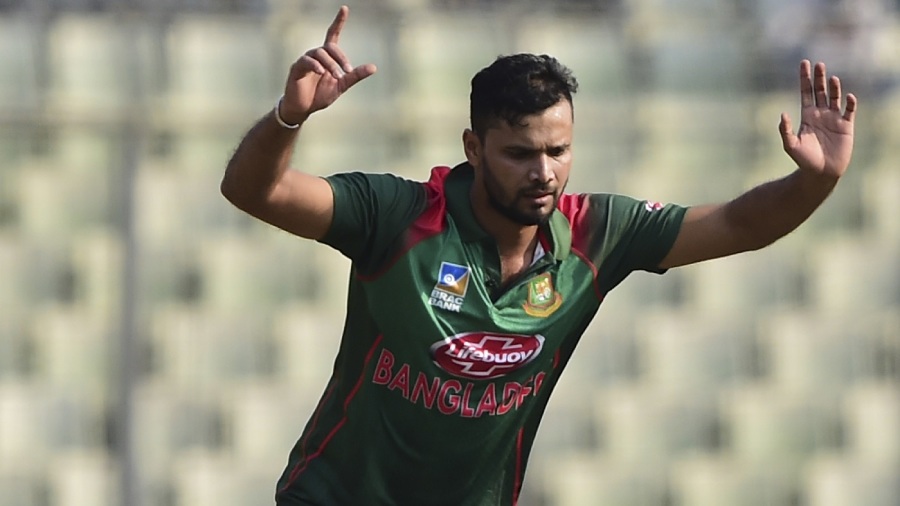 Bangladesh could not have asked for a better build-up to the ODI series, having already swept West Indies 2-0 in the Test series. Bangladesh will be boosted further by the return of Tamim Iqbal from multiple injuries. He had tuned up for this series with a match-winning 73-ball 107 against the West Indians in the tour game in Savar on Thursday.

Tamim’s comeback gives the hosts a happy headache at the top: who among him, Imrul Kayes, Soumya Sarkar and Liton Das will open the batting on Sunday? Bangladesh’s strength lies in their experienced middle order, which includes Shakib Al Hasan, Mushfiqur Rahim and Mahmudullah. Their bowling attack, too, has also done well recently. Offspin-bowling allrounder Mehidy Hasan, who took a match haul of 12 wickets in the second Test in Dhaka, will be supported by the steady pace of Mashrafe Mortza and Mustafizur Rahman.

Bangladesh, though, will have to be wary of batting collapses, which have hurt them of late across formats, and bowling meltdowns in the end overs. West Indies have out-and-out quicks and power-hitters who could particularly exploit Bangladesh’s shortcomings in these areas.

Twenty-one-year-old tearaway Oshane Thomas hit speeds upwards of 145kph in India and will later be in action for Rangpur Riders in the BPL. Kemar Roach isn’t as quick as Thomas, but offers more control.

Darren Bravo’s return lends much-needed experience to the batting line-up, which blew hot and cold in India. A lot will depend on whether their new ODI captain Rovman Powell and T20I captain Carlos Brathwaite can fire in the slog overs.

Imrul Kayes slammed 349 runs against Zimbabwe at home in October, nearly breaking Babar Azam’s record for most runs in a three-ODI series. Can he keep up his form against a stronger opposition?

Rovman Powell had managed only 61 runs in five innings at an average of 12.20 and a strike-rate of 58.09 in the ODI series in India, but hit form in the T10 league, scoring 177 runs in seven innings in Northern Warriors’ title-winning campaign. The onus is on the captain to lift his side in Bangladesh.

Bravo is set to play an ODI after more than two years. In the absence of the injured Jason Holder, Carlos Brathwaite is expected to fill in in the lower order and with the ball. Devendra Bishoo could be picked ahead of left-arm spin-bowling allrounder Fabien Allen if West Indies opt to exploit Bangladesh’s weakness against legspin

The pitch here is likely to be bouncier than the one used for the Test series. Five out of eight sides who have batted first this year at the Shere Bangla National Stadium have pressed onto win games. The weather is expected to be nice and cool for the duration of the match.

“We came back strong from the Test series defeat when we were in West Indies [in July and August], so they will look to do something similar. We have to be very careful of them. They are a quality outfit.”
Bangladesh coach Steve Rhodes

“We haven’t played good cricket in white ball for a long period of time now, so it’s time for all of us to step up and put in a better performance.”
West Indies interim coach Nic Pothas