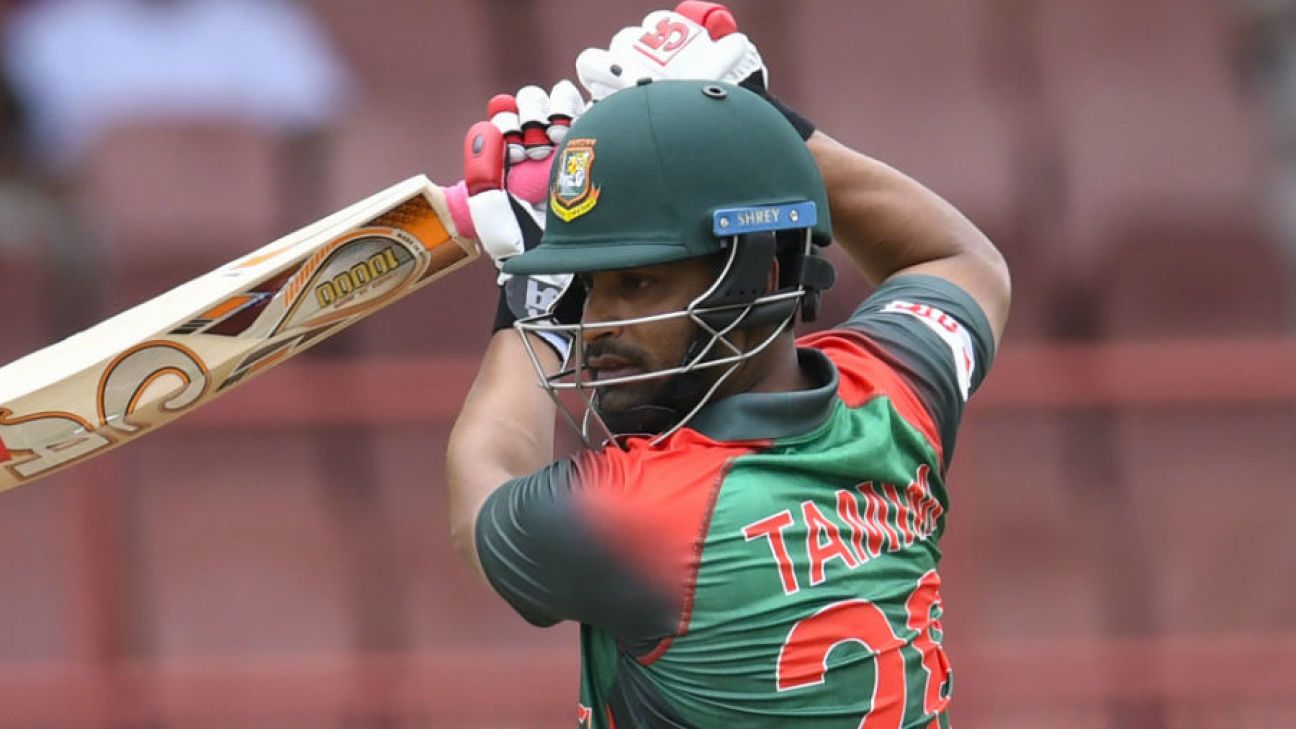 Shakib Al Hasan and Tamim Iqbal have returned to Bangladesh’s ODI side for the three-match series against West Indies, which starts from December 9. Both players had missed Bangladesh’s previous ODI series, against Zimbabwe in October, due to fitness issues.

Shakib made his return from a finger injury by leading the Test side to a 2-0 win over West Indies. Tamim, who suffered multiple injuries, has taken longer. He had fractured his wrist during the Asia Cup in September and then missed the West Indies Tests due to a side strain. He was named in the BCB XI squad for a one-day practice match against the West Indians on December 6.

Their inclusions have forced Najmul Hossain Shanto and Fazle Mahmud out. Mahmud had made two ducks against Zimbabwe.

With the return of Tamim and Shakib, the Bangladesh team management will have a problem of plenty in the top order. They will have to pick one out of Imrul Kayes, Soumya Sarkar and Liton Das as Tamim’s opening partner, with Shakib set to bat at No. 3. Among the three contenders, Imrul had a good run recently, emerging as the top run-getter in the ODI series against Zimbabwe, scoring 349 runs in three matches with two centuries and a fifty.