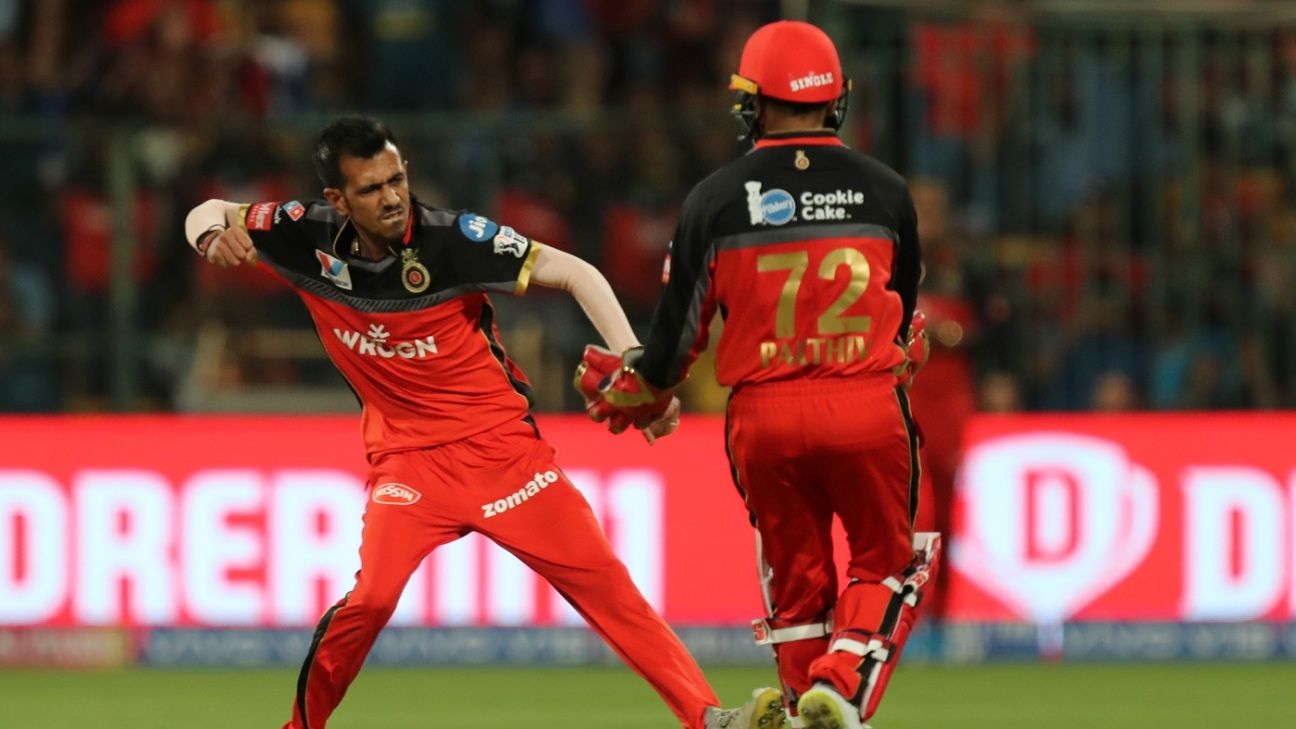 There’s no fear. Not even after Yuvraj Singh has walloped him for three sixes. For those two minutes, even the DJ at the Chinnaswamy Stadium seems lost. He urges the crowd to go “Aree-Ceee-Beee”, but they alternate between “Yuvi-Yuvi-Yuvi” and “we want six”. Now, the pressure is squarely on the bowler. Yuzvendra Chahal knows what’s coming, but is unfazed and goes wide of the crease to land a googly on a length outside off. It stops on him a touch but Yuvraj is through the shot and slices it off the outer part of the bat to long-off. Just when Mumbai seemed to have offset a slow middle period that had them score just 41 in the six overs after being 52 for none in the Powerplay, Chahal strikes.

This modus operandi becomes a template for the rest of Chahal’s spell: the decision to not deliver anything in the batsman’s hitting arc. Off his next over, his fourth and final one of the night, he goes wide outside off again to Suryakumar Yadav. The first attempt results in a mistimed sweep. But off the next, he reaches out to go big, but it keeps drifting away and he skies a catch to the cover fielder. Three balls later, Kieron Pollard attempts to do what his colleagues have failed at. He looks to smack a sixth-stump length ball over long-off, and spoons a catch to sweeper cover. It’s worth mentioning that the might not have been had the umpire not wrongly called wide off the previous delivery, that deflected off Pollard’s pads. Even so, shouldn’t he have then seen off Chahal? The wicket made Chahal the first bowler to a four-for this season, three of which were to deliveries bowled outside off.