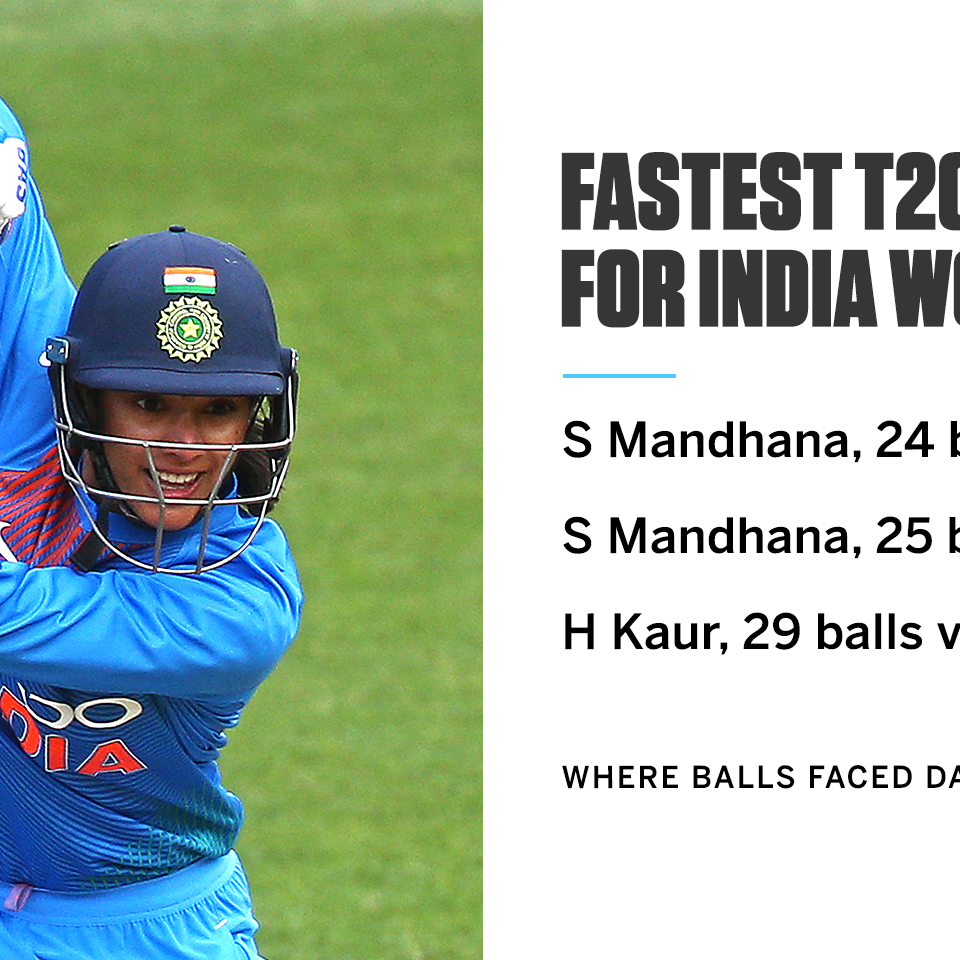 First, the big episode: Mithali Raj was dropped from India’s starting XI for a second straight T20I, in the series opener against New Zealand in Wellington, their first match in the format since her controversial omission from the World T20 semi-final against England in Antigua.

Then, the familiar episode: Like in that semi-final, Smriti Mandhana gave India a promising start, after which India suffered a collapse. In Wellington, on Thursday, Mandhana smashed the fastest T20I fifty for India women, surpassing her own record, before the side lost nine wickets for 34 in a chase of 160. The New Zealand fightback, sparked off by a momentum-shifting catch by substitute fielder Hannah Rowe, was led by fast bowler Lea Tahuhu, wristspinner Amelia Kerr and offspinner Leigh Kasperek.

Having lost her opening partner, debutant Priya Punia, in the first over, Mandhana negated the hosts’ early advantage, carrying on with the form that had earned her the Player-of-the-Series award in the preceding ODIs. She bunted seven fours and three sixes on her way to a 24-ball half-century, besting her previous record of 25 balls, against England in March 2018.

She put on 98 runs with the No. 3 Jemimah Rodrigues, and with the team needing 70 at the halfway mark with nine wickets in hand, there was little to suggest the chase was in jeopardy. But then came the one-handed catch from Rowe at deep extra cover, off Kerr’s bowling.

Four balls later, Tahuhu dismissed Rodrigues, who fell for 39 attempting a cut only to edge it to Martin. Tahuhu’s next over turned out to be a double-wicket maiden, accounting for Dayalan Hemalatha and Anuja Patil.

Even as the asking rate mounted, with India needing 38 off the last three overs, Harmanpreet’s big-hitting offered hope. She slog-swept a six off Kerr in the 18th over but off the next ball, a charge down the track had her stumped by Martin for a 15-ball 17. There was no lower-order rearguard as Kasperek removed Deepti Sharma and wicketkeeper Taniya Bhatia the next over, and Sophie Devine picked up the last wicket in the final over.

Devine had earlier provided the boost for New Zealand’s score of 159 for 4 with a blistering 48-ball 62, her ninth T20I fifty. Making deft use of her feet and the crease, Devine blunted India’s attack as no bowler aside from Deepti conceded less than 7.50 runs per over. Devine found able assistance from Satterthwaite, the pair adding 69 for the third wicket for the home side.

Once Devine fell in the 16th over, Martin, along with Frances McKay, gave New Zealand more impetus. Martin, who had missed the ODI series due to work commitments, smashed 27 off 14, and helped the side add 51 off the last five overs, as her partnership with McKay yielded 38 off 3.3 overs.