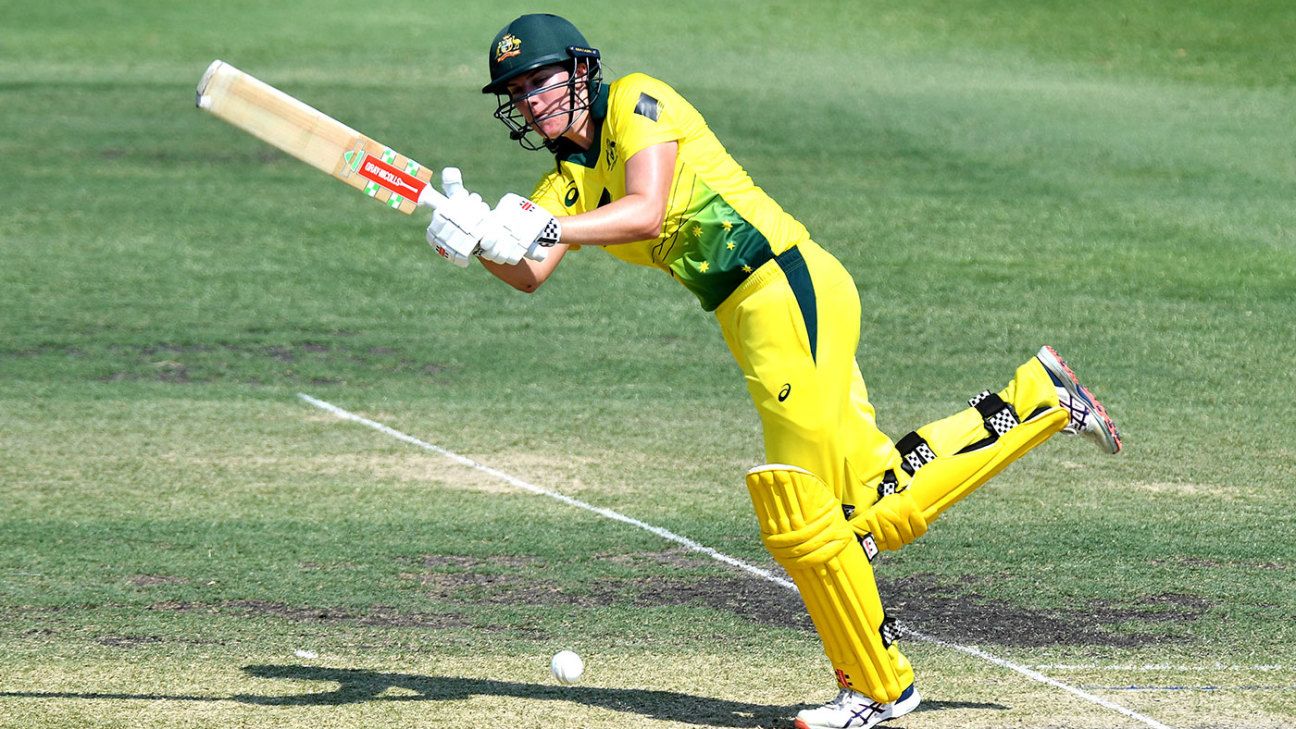 Tahlia McGrath, who was handed a Cricket Australia contract for the 2020-21 season, could be tasked with filling the sizeable shoes of Ellyse Perry should the world’s No. 1 allrounder suffer any delays or setbacks in her recovery from hamstring surgery and has also had her leadership credentials endorsed.

McGrath, 24, was the one player to come into the contracted list from outside those who have played for Australia over the last 12 months after impressing for the Adelaide Strikers and South Australia and captaining Australia A. She previously played an Ashes Test in 2017 – making 47 and taking three wickets in the game that featured Perry’s double hundred – alongside four ODIs before slipping out of the side.

She made 97 in the first one-day match against India A in December which came amid a season where she impressed in both domestic competitions. In the WBBL she was the Strikers’ second-highest run-scorer with 327 at 23.35 – behind the prolific Sophie Devine – and claimed 15 wickets at 22.85, while in the Women’s National Cricket League she made 261 runs at 37.28 and took 13 wickets at 21.38.

Perry suffered a severe hamstring injury during the last group match against New Zealand in the T20 World Cup and underwent surgery after the final. The recovery time frame was considered to be up to six months which would leave Perry touch-and-go to be ready for the scheduled series against New Zealand in late September although that remains uncertain due to the Covid-19 pandemic.

“It’s very hard to replace Ellyse Perry, obviously, she’s a world-class player with the bat and ball but we think Tahlia has the attributes that she could fill a role if required,” national selector Shawn Flegler said. “If Pez doesn’t get back in time to play some games for Australia then Tahlia is certainly an option to either bat in the middle order and also she can bowl through the middle overs as well.”

Australia have no shortage of allrounders as their attention switches from a T20 World Cup year to the 50-over version, due to take place in New Zealand next February and March, but it is McGrath’s potential with the ball that has earned her a coveted contract in a clear indication a World Cup place is within her grasp.

“We see her as a genuine allrounder and we think that with Ellyse having a long-term injury that Tahlia comes into that mix as a bowling allrounder,” Flegler said. “She swings the ball, is tall, can bowl any stage in an innings. With the bat she’s played in the top-order for the Strikers, we probably think she’ll bat lower in the order for us and that’s where she played last time. She’s a highly skillful player, highly rated all-round the country, and I know opposition don’t like playing her.”

As with the selection of Annabel Sutherland in the T20 World Cup squad, there is also an eye on the future with the reintroduction of McGrath to the full Australia set up and her potential as a captain not going unnoticed after having had the role in state and Australia A sides.

“We’ve seen the leadership attributes in Tahlia for a while, she’s not a really outspoken but she likes to do things by her actions,” Flegler said. “She’s just grown and got more confidence over the last few years and you can see that in her game. I think the captaincy part is really important all-round the country, we need to continue to develop our young Australian leaders. At some point Meg [Lanning] will retire and our senior players will finish so we do need those younger players getting those opportunities. It was great that South Australia gave her that opportunity and we did with Australia A last year and she handled it really well.”