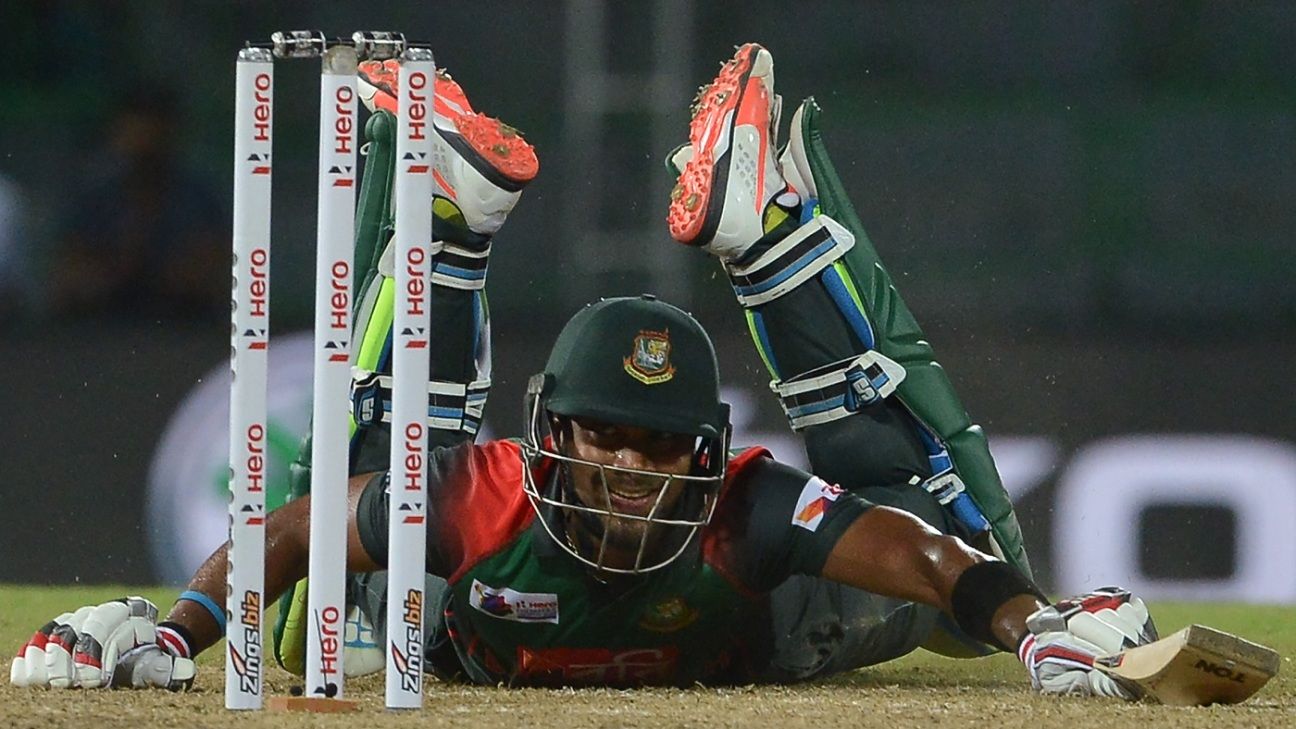 Bangladesh Cricket Board (BCB) president Nazmul Hassan has claimed that a miscommunication within the chain of command was behind Sabbir Rahman‘s recall to the Bangladesh ODI side three weeks before the end of his six-month suspension. ODI captain Mashrafe Mortaza had last week refuted chief selector Minhajul Abedin’s comment that Sabbir was solely the captain’s choice, saying that he doesn’t have veto power in selection.

“I asked about his suspension when I was about to sign off on the [squad] list. They told me that his suspension is over. Maybe they mis-spoke, but I didn’t ask them,” Hassan said on Monday, although he didn’t mention who had given him the wrong information.

The BCB’s disciplinary committee had recommended Sabbir’s punishment on September 1, meaning that at the very least, his ban would only be over on February 28. Bangladesh’s ODI series in New Zealand would be finished by then.

Hassan said that he believes Mashrafe and coach Steve Rhodes wanted Sabbir based on their plans to pick him for the World Cup squad.

“I have been completely off from involving myself in team and squad matters in the last three months. I am not interfering at all. I think the captain and coach wanted Sabbir in the squad,” he said. “They have been saying that if he does well [in New Zealand], he could have a chance to play in the World Cup.

“It is not clear whether he will get to play matches in this series. Maybe they want to fix his sentiment and mentality during this tour. It could be that they want to test him in [New Zealand] conditions. Otherwise I don’t see any other reason to take him 15-20 days before [his suspension ends]. I think his performance was also a factor, which perhaps excited them [captain and coach].”

Hassan said bringing Sabbir out of suspension early would only put the middle-order batsman under more pressure. “I have had to field a lot of requests to bring him back after his suspension. We usually don’t heed such requests. But usually people tend to believe that he [Sabbir] has perhaps changed for the better.

“This is his last chance. If he does the same thing again, he will get a life ban. I felt that maybe he would have done better had he taken more time to return. Now it is very risky for him. A small mistake can destroy his career,” he said.