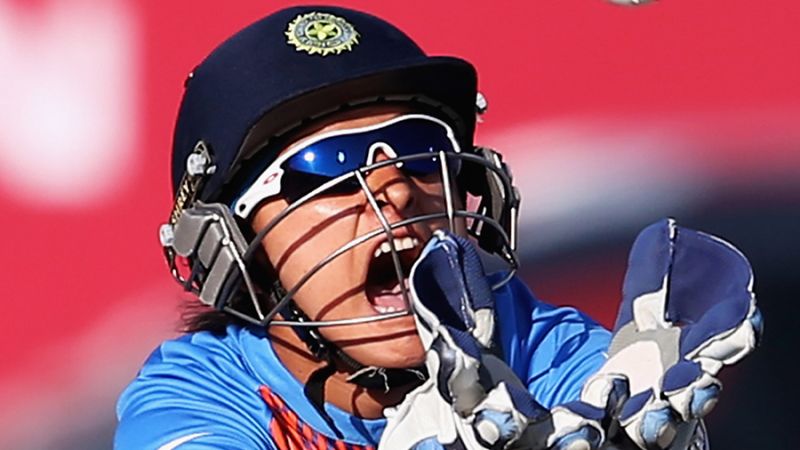 Sushma Verma, the wicketkeeper-batsman, was the only new entrant into the India women’s squad for their upcoming tour of the West Indies for three ODIs and five T20Is.

The BCCI announced a 16-member ODI squad for the tour that kicks off in November, with Sushma the only addition to the squad of 15 that is set to play South Africa in Vadodara in three ODIs next week. The T20I squad was the same as the 15 that were chosen for the first three games of the ongoing T20I series against South Africa, where the hosts lead 1-0 with the second game washed out.

That means 15-year-old Shafali Verma, the hard-hitting top-order batsman, retains her place in the T20I squad. She was out for ducks in the warm-up game against South Africa and on T20I debut. Harleen Deol, who impressed in the T20 Challenger earlier this year, keeps her place as does 19-year-old allrounder Pooja Vastrakar.

Led by Harmanpreet Kaur and with Smriti Mandhana as the vice-captain, this tour is a further opportunity for India to tune their preparations ahead of the Women’s T20 World Cup in Australia in March 2019.

The first two T20Is will be played in St Lucia, before the teams move to Guyana for the next three matches.

For Sushma, who last represented India in April 2018, it is a return to the side having missed a spot for the home series against England and South Africa this year. She offers a second wicketkeeping option to the ODI captain Mithali Raj, behind the incumbent wicketkeeper Taniya Bhatia. The ODIs will be played in Antigua from November 1.