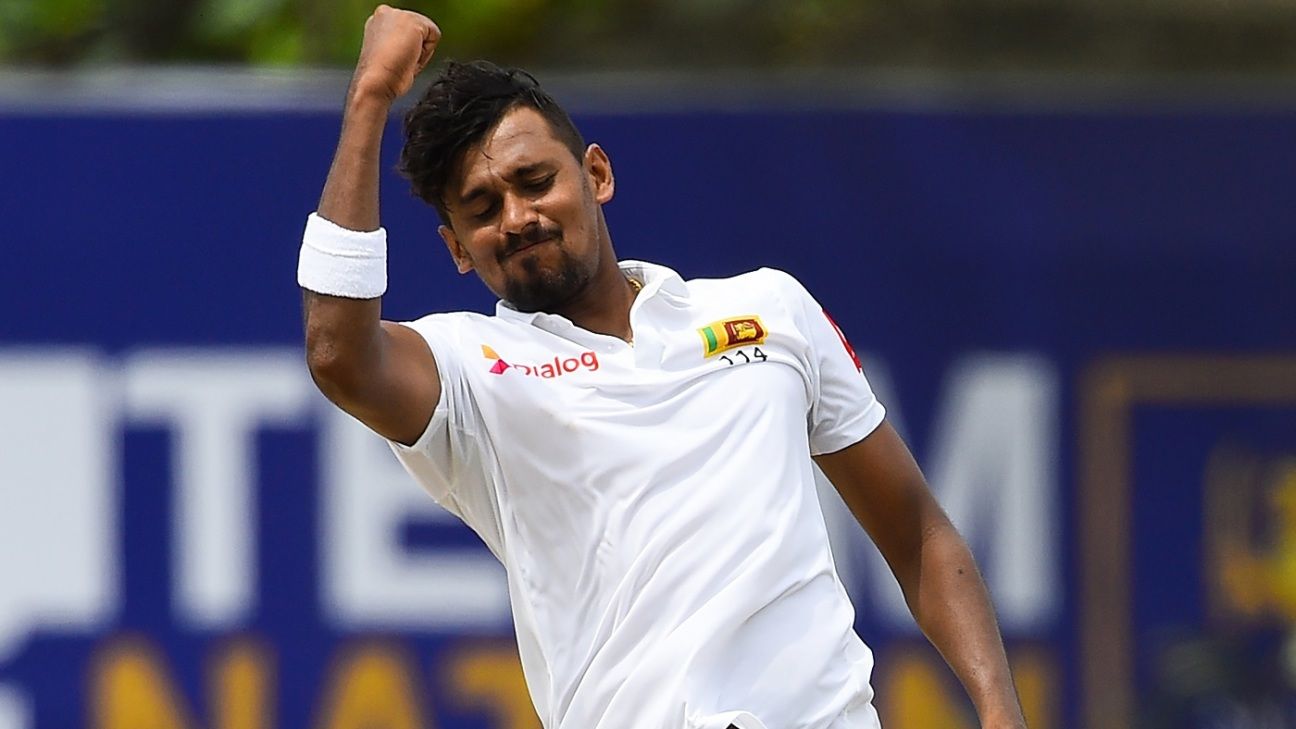 On the day Sri Lanka were leaving for Pakistan to play a two-Test series, they revealed that Suranga Lakmal was down with dengue fever and will not be travelling with the team. His spot has been taken by Asitha Fernando, who has spent the last few months playing for Sri Lanka’s Under-23 and Emerging teams.

Lakmal has long been the team’s best fast bowler in Test cricket, especially away from home and played an important role in their 2-0 victory in 2017, keeping one end tight while the spinners attacked from the other. Lakmal bowled 58.3 overs across two Tests in the UAE, picking up six wickets and maintaining an economy rate of 2.22.

Fernando has not played any international cricket since making his debut in 2017. He was picked for an ODI against Zimbabwe and ended the day with figures of 0 for 22 in two overs. He has been in better form recently, picking up six wickets from four T20 matches for Sri Lanka’s Under-23 side in the South Asian Games in Nepal. With that tournament still on-going, he is expected to join the senior side in Pakistan only after the first Test, which begins on December 11.

Sri Lanka do have fast bowling cover in Lahiru Kumara, who can become one of the best in the world according to Sri Lanka’s consultant head coach Mickey Arthur, Vishwa Fernando, who was part of history in South Africa and Kasun Rajitha.