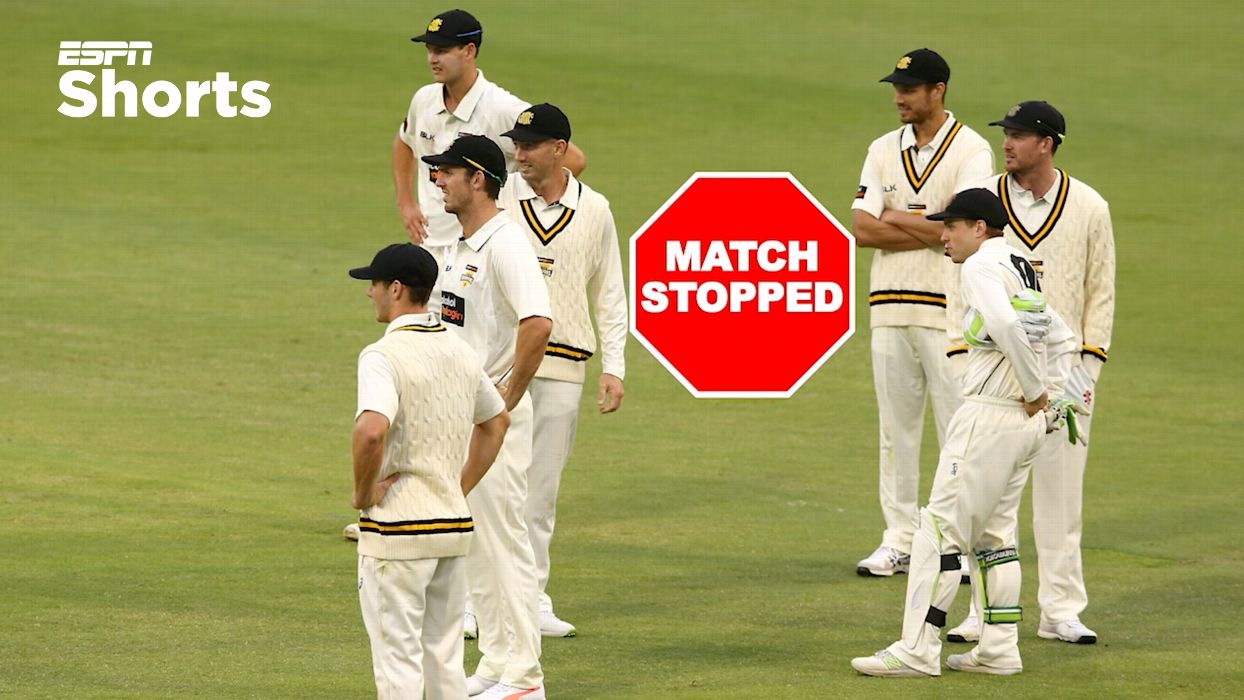 Ten overs into India’s chase, only one over after the dinner break, play was stopped for more than half an hour in the Napier ODI because of the sun. Yes, the sun. The setting sun was at an awkward angle and straight in the batsman’s eye.

McLean Park has a previous for it with the angle of the sun at around 7pm making it unsafe to play cricket. Two years ago, a T20I between Bangladesh and New Zealand was held up because of the same issue. On January 19 this year, a Super smash match between Central Districts and Canterbury was also stopped for a while. The organisers were actually hoping for some cloud cover during the ODI between India and New Zealand.

The reason this happens at McLean Park is because of the east-west alignment of the pitches at the ground. Most cricket grounds have pitches running north to south.

ALSO READ: All the weird reasons that have stopped a cricket match feat. burnt toast, pigs and a car driven onto the pitch

“There’s nothing we can really do, to be honest, and it’s not the first time it has happened,” Central Districts chief executive Pete de Wet told New Zealand Herald, alluding to the Bangladesh T20I. De Wet hoped the sun strike would happen during the innings break, which it did, but the play that resumed at 7.15pm caught the end of it on a lovely summer’s day.

That is a first for me. Game called off because the setting sun is in the batsman’s eyes! Surely pitches have to be laid north-south!!

South African umpire Shaun George said he had never seen such an occurrence in his 14-year umpiring career. “The setting sun is the eyes of the players and we need to think of the safety of the players as well as umpires,” George said. He also said the move to go off was initiated by the umpires. “There was an awareness of it by the players but they didn’t appeal. The good news is we have an extra 30 minutes, so we should be back in 30 minutes and it will still be a 50-overs match.”