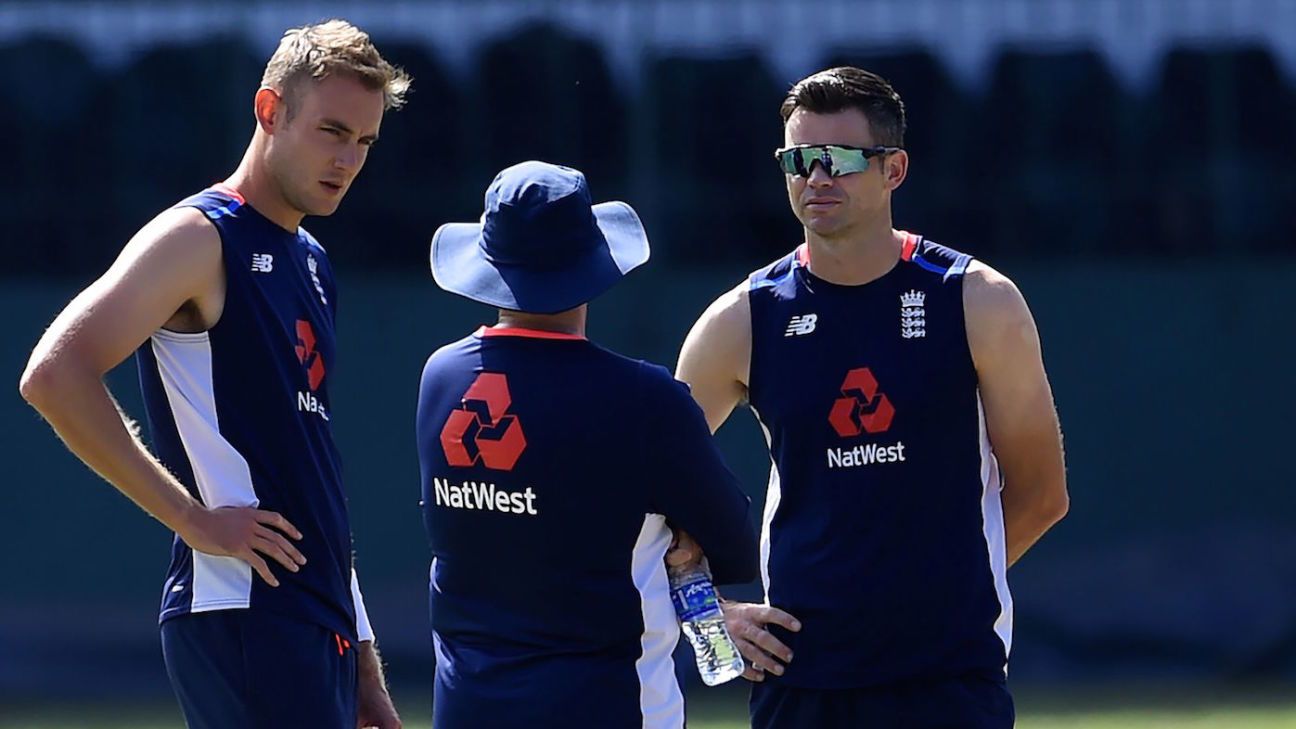 Stuart Broad has been given the day off to come to terms with being left out of England’s team for the first Test in Barbados.

Broad was bitterly disappointed to miss out to Sam Curran and Adil Rashid in the final XI. Instead of fulfilling the duties of 12th man on the second day at the Kensington Oval, Broad has been told to clear his head and take some time away from the game. He will be expected to report back as normal on Friday.

It is not the first time this England management group has taken such a course of action. Players who have been left out or have little prospect of getting into the XI have similarly been given leave in the recent past with the management recognising that some time out of the team environment can be helpful in coming to terms with disappointment.

Meanwhile ESPNcricinfo understands the hotel where the England and West Indies teams are staying is considering legal action after it was suggested that Broad had suffered from bed bug bites during his stay there.

The suggestion, initially reported by the BBC, has left the hotel management and officials at CWI deeply underwhelmed. They have suggested that Broad might have left his hotel room window open and been bitten by either sand flies or mosquitoes, both of which are common in the tropics. They also insist the bites had no bearing on his availability for selection.

The BBC also claimed that England players were sleeping on mattresses in the hotel’s corridors to avoid the bugs; a suggestion that was described as “nonsense” and “not true” by the ECB. CWI chief executive, Johnny Grave, is also understood to have made his feelings known to the BBC.