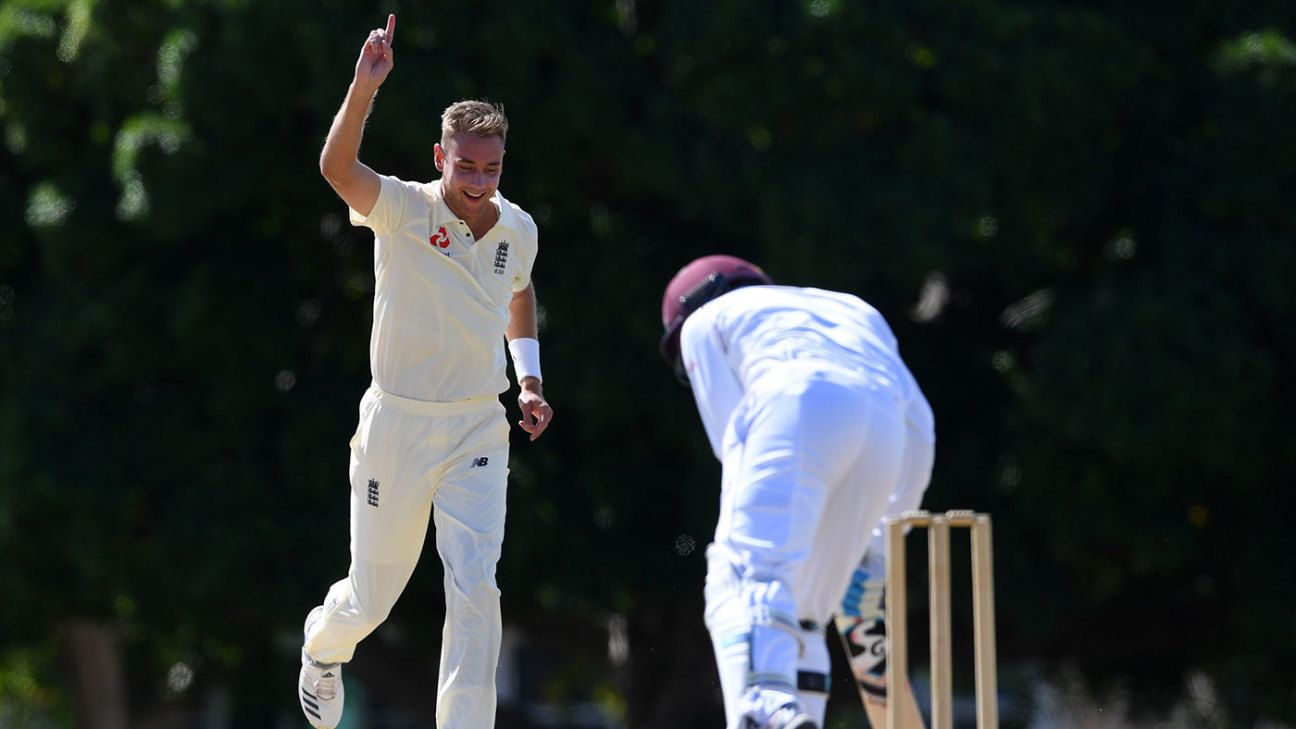 By the time, seven balls into the morning, the President’s XI second wicket fell, it was hard not to fear for the final day of England’s warm-up period in Barbados.

For it would be easy to look at the scores from these four days at Cave Hill and presume the home side were not up to much. They lost 19 wickets on Wednesday, after all, while conceding nearly 400 runs on Thursday. On Friday both Stuart Broad and Sam Curran struck with their first deliveries. It was hard not to wonder whether there was much point in such encounters.

But England will have left the 3Ws Oval more than satisfied with their progress over these four days. Of course, in an ideal world, England might have had time for a couple of first-class games going into the Test series. But the schedules don’t allow such luxuries these days and, by bending the regulations to breaking point, they probably gained the maximum amount of benefit from the minimum amount of time. It’s not pretty or entertaining, but training isn’t always meant to be and this was much more an open training session than a pair of cricket matches. They were, literally, games that couldn’t be won.

So, most of England’s bowlers found some rhythm; most of their batsmen found some form; their slip catching was excellent and, most of all, they demonstrated a ruthlessness that has not always been apparent in such warm-up encounters. Any side that can leave out a cricketer playing as well as Chris Woakes – and there is every indication he is not among the 12 men being considered for the first Test – must be in pretty fine shape.

This President’s XI squad is probably some way better than the scoreboard suggests, too. It contains six men who have played Test cricket and one more who will have done so by this time next week. And if they, at times, looked less than enthused by their task this week, it is not hard to see why. Cricket West Indies made several requests to the ECB to make this a four-day, first-class game. But once those requests were declined, most of these players would have preferred to represent their regions in Championship cricket this week rather than provide glorified net practice for the tourists. Sometimes it showed.

Sunil Ambris, at least, took the opportunity to show his ability. His Test record to date – he averages 15.09 after six Tests and was dismissed hit-wicket from his first ball at that level – is not pretty, but here he resisted admirably and put away the poor ball sweetly. He had well earned a century before he attempted to swing one from Woakes through the leg side and fell for 94. Nobody else in his team passed 22.

While Woakes – with three wickets – was perhaps the most impressive of England’s seamers, Stuart Broad’s performance was perhaps the most relevant. With every spell he has bowled, he has looked more comfortable with his slightly shorter run-up. And whether it is due to some minor technical tweaks or the Duke’s ball in use here – a Duke’s ball that has been specially made to withstand the more abrasive pitches anticipated here – he is gaining more swing than for some time. After claiming a wicket with the first ball of the day – a slower-ball yorker surprising Devon Thomas – he later had Chandrapaul Hemraj (named after Shivnarine but spelt differently) fending to slip.

The other bowlers enjoyed their moments, too. Curran also struck with his first ball – the luckless Jermaine Blackwood trapped by an inswinger – but was then taken for three fours in an over, while Ben Stokes would have claimed a second wicket – Vishaul Singh – had he not overstepped and conceded a no-ball.

In general, however, this was a highly satisfactory performance from England’s bowlers. While the surfaces in the Test series are expected to be much quicker, England looked very comfortable with the Duke’s ball and could feel well satisfied in claiming 30 wickets in two days in the field. Just as importantly, every edge that went to hand was caught.

Partly as a result, they will take the entire weekend off. It is a decision that may have one or two shaking their heads in disapproval – especially if they go one-down in Barbados – but probably reflects a fit squad that is confident, relaxed and doesn’t feel the need to train to win the approval of on-lookers. Instead they will spend time with their families and enjoy a catamaran ride together. Modern schedules allow little time for such moments. It may prove every bit as helpful as another net session.

Perhaps, in a perfect world, England would have liked better surfaces on which to play these games. Especially the first match. But they have not breathed a word of complaint. And, if the ECB – or any of the other ‘big three’ cricketing nations – really want to see facilities improve in the Caribbean, they might reflect on a more equitable distribution of ICC funds. The ECB, for example, are expecting a windfall of around $US50m from ticket sales for the men’s World Cup this year. Cricket West Indies might well be able to fund better surfaces if they were to receive a fraction of such revenues.