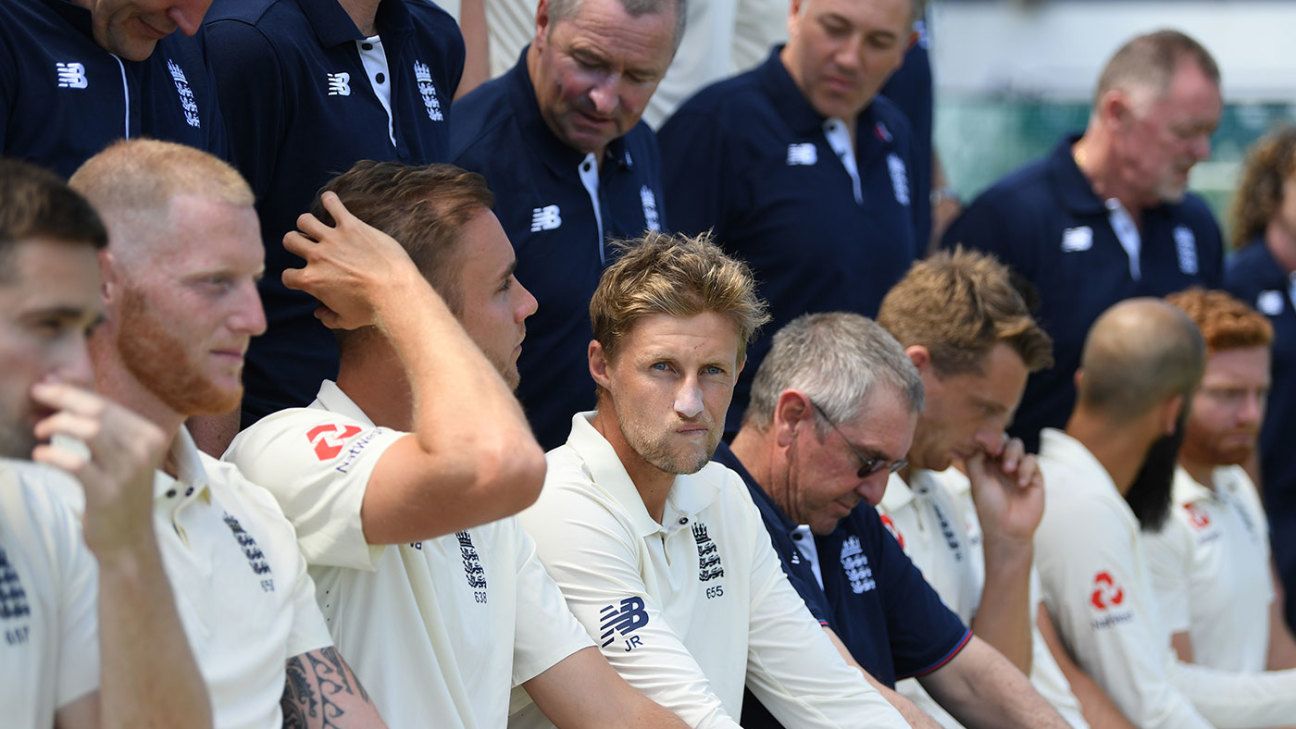 Despite rising to No. 2 in the world rankings, despite winning eight of their nine most recent Tests and despite completing an almost unprecedented clean sweep victory in Asia, there were no England players in the ICC’s Test team of the year.But, rather than see that as a slight, England Test captain Joe Root has interpreted it as a compliment to the all-round strength of his squad.As he sees it, England’s success in the last few months – they have beaten the No. 1 side in the world, after all – reflects a growing acceptance from his players that selection will depend not on seniority, but on an assessment of the conditions and that they must think of themselves as a squad and not a team.That’s easier said than done. Personal ambitions and disappointments can be hard to manage but, in Sri Lanka at least, all the signs were that the entire England squad had bought into the idea with the final result fully vindicating it.”It shows that we are not reliant on one or two players,” Root said when asked about the ICC Test team. “We’ve played well as a group. We are not reliant on one guy scoring massive runs throughout a series to win. Everyone at some point is chipping in and performing, adding to us winning games of cricket.”That squad mentality may be required in the coming days. For Root and his fellow selectors are going to have some tricky decisions to make, starting with picking the side for the Barbados Test.The problem is England expect the Dukes ball for this series – an adapted ball not used anywhere else in the world – to remain hard, swing and assist the seamers deep into its lifespan. Combined with the pre-series talk about quicker pitches offering more bounce and carry, there was some guarded expectation they may go into this Test with four seamers and Moeen Ali as their only spinner.The look of this Barbados pitch has prompted a rethink. It looks bare, with patches of grass, and has been described as “tacky” by the England camp. As a consequence, there is more thought to playing two spinners with a final decision likely to be made only on the morning of the game.That would result in England having to leave out either Sam Curran, who offers variation with the ball and explosive ability with the bat, or Stuart Broad, who offers vast experience and more pace. Almost as tricky would be which spinner to omit. The signs, at this stage, suggest Curran is ahead of Broad and Jack Leach ahead of Adil Rashid, but it is not certain.”We came here knowing we could potentially have a number of different surfaces we might have to play on,” Root said. “We’ve come with a squad of players that is very adaptable, with plenty of options.”Everyone is fully aware of that and knows that as, as in Sri Lanka, it might not be the same XI throughout the tour. So you’ve got to be ready to go throughout the tour. It’s going to be a very difficult call.”You’re never going to win big series away from home with [just] XI players. So the message I’ve tried to get across is that the achievement is to get in the squad.”The sooner everyone can be on board with that the better. It worked extremely well in Sri Lanka. Everyone bought in to how we want to go about things. We’ve seen that it works and creates a really good environment for us to go and play in a relaxed manner and enjoy the tour.”That would be tough to take for Broad, in particular. While he may have been in gradual decline until a year or so ago (he averaged 38.80 with the ball in the 12 months up to the end of the 2017-18 Ashes), he has worked hard to regain some lost potency and has subsequently averaged 25.55 in the last 12 months. He reacted admirably selflessly to being left out for the first two Tests in Sri Lanka and claimed a hattrick in one of the warm-up matches here.”If we’re in a position to leave someone of Stuart’s stature out it’s not because of lack of form or lack of ability,” Root said. “Or because his career is coming to an end. Far from that he’s actually looking like he’s improving all the time. His action is getting stronger, he’s taking hattricks in warm-up games and looking a very serious threat in these conditions.”If anything it shows we’re going to balance the team up to suit conditions. We’re not necessarily going to play our XI best players. And from that, we’ll hopefully become more consistent away from home because we’re reading conditions and surfaces.”The one thing Root has ruled out is allowing his players to look too far ahead. While there is still a tendency for English cricket to frame itself in the context of the Ashes, he is adamant that his squad’s focus should be on nothing more than winning in the Caribbean.”I don’t want the guys to be playing for stuff that’s going to be happening in six months’ time,” Root said. “We have to look after here and now and make sure we are very aware that these are going to be three hard Test matches where we’re going to have to be consistent. Their job and their responsibility is not to worry about Ashes; their job is to perform well for three Test matches here.”