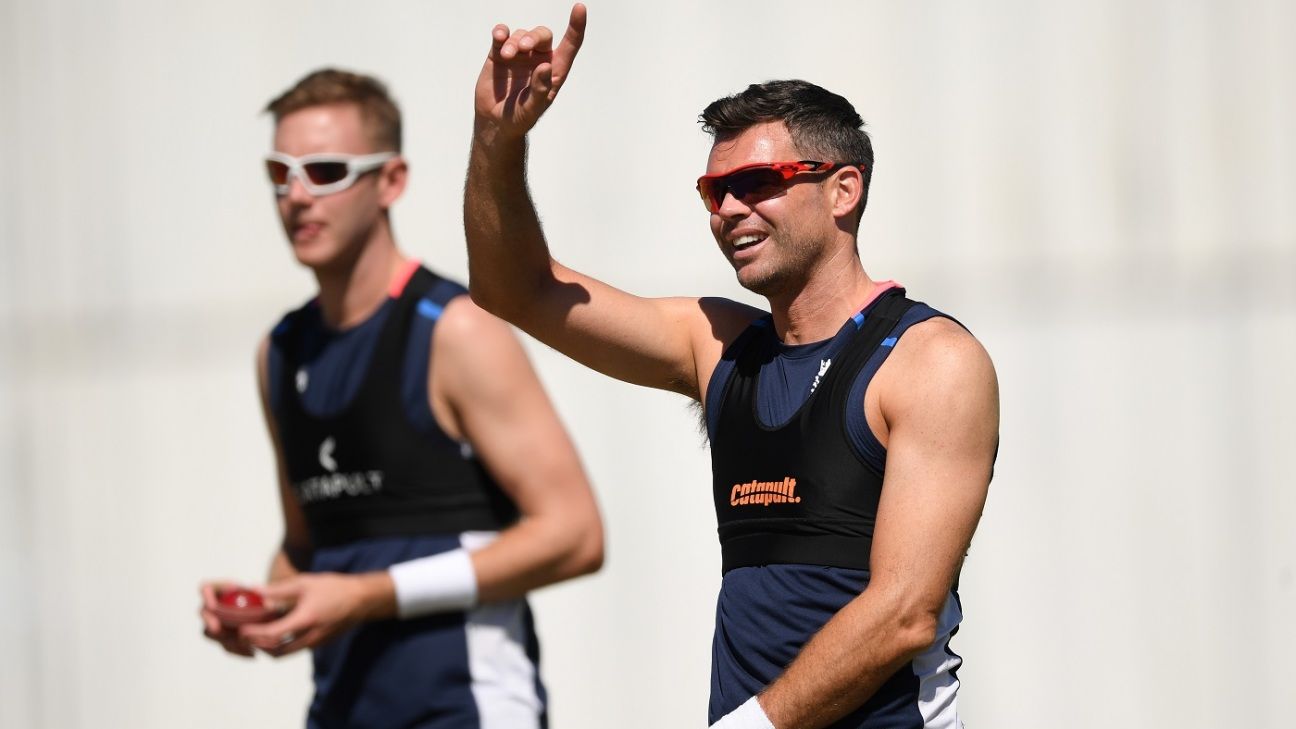 James Anderson has “not seen anyone work as hard on their game” as Stuart Broad over the last couple of years.

Anderson and Broad go into the Barbados Test with 998 Test wickets between them over the course of their careers. But while Broad, at 32, is four years younger than Anderson, it is his form that has caused more concern over the last couple of years.

While Anderson has gone from strength to strength, compensating for his somewhat diminished pace with his control and range of skills, Broad has, at times, looked as if he were in gradual decline. He has only taken one five-for since January 2016 and, in both the 2017 and the 2017-18 seasons, had a bowling average a fraction above 33.

Neither the decline in pace nor movement were dramatic but, somewhere along the way, the remarkable hot streaks of wickets that characterise Broad’s career disappeared. He was left out of the side for the first two Tests in Sri Lanka and is no longer guaranteed to take the new ball alongside Anderson.

ALSO READ: Seamers to the fore as WI put up their Dukes

Such is his desire to extend his career, however, Broad has recognised the signs and resolved to improve. After consulting Anderson and Richard Hadlee – a Nottinghamshire team-mate of his father, Chris – Broad has shortened his run-up by five yards in a bid to improve his rhythm and bowl with a higher action. Writing in the Mail on Sunday recently, he explained that “standing taller in delivery… should provide me with extra bounce”.

Alongside some alterations he had made to his wrist position, Broad hopes the changes will both make him more potent and extend his career by several years.

The early signs are promising. Despite not taking any wickets in the final Test of the Sri Lanka series in Colombo, Broad bowled with impressive pace and saw two chances put down off him in the slips. Both in Colombo and in the warm-up games in Barbados, he appeared to gain a little of the away swing that has been largely absent in recent times. He warns that the changes may not completely bed in for a few months – the Ashes remain his main target – but it will be intriguing to see how he fares in the Caribbean, where he has a Test bowling average of 31.22.

Certainly Anderson is impressed. “Probably since Australia, I’ve not seen anyone work as hard as he has on their game,” Anderson said. “It’s a credit to him. He’s put so many hard yards in, not just on his run-up but on his action and trying to swing the ball away again.

“I do think the run-up has looked really good here. He still has the same snap, the same momentum going through the crease. For me, it’s all about the last six yards, building that momentum up to the crease. He can definitely have the same oomph.

“And it might just get another couple of years out of him. I think part of him is thinking ‘why have I not done this sooner?'”

Both Broad and Anderson are likely to be offered more encouragement in the Caribbean than was the case in Sri Lanka. Anderson admitted he felt “like a spare part” in that series, struggling to extract any movement from the ball or life from the surfaces. He claimed just one wicket in the two Tests in which he appeared.

But, with a specially-designed Dukes ball and the prospect of pitches offering at least a little more assistance, Anderson feels the seamers should be “excited to bowl”.

“I think the bowlers have really enjoyed their first week here,” Anderson said. “The Dukes ball has been moving around a bit and swung for quite a considerable amount of time. So that’s encouragement.

“The wickets in Sri Lanka were flat and the wickets here could be flat, but at least there’s a glimmer of hope for us seam bowlers. There might be a little bit of swing through the air and that just keeps you interested. It feels you can actually make an impact on the game. It just makes you excited to bowl and really look forward to playing.”

There should be no danger of England underestimating West Indies, though. Having won only one series in the Caribbean in 50-years – the 2004 series in which Anderson was a non-playing squad member – they are under no illusions about the task in front of them; a factor Anderson believes is made clear in the eyes of the West Indies team once the games begin.

“Whenever we come here you get the feeling that West Indies really want to beat England,” Anderson said. “It’s something that’s been ingrained in them, especially in the past when England have suffered heavy defeats.

“You can see it in the players’ eyes when you play against them. And that means we’ve got to be on top form to be able to try and challenge them.”