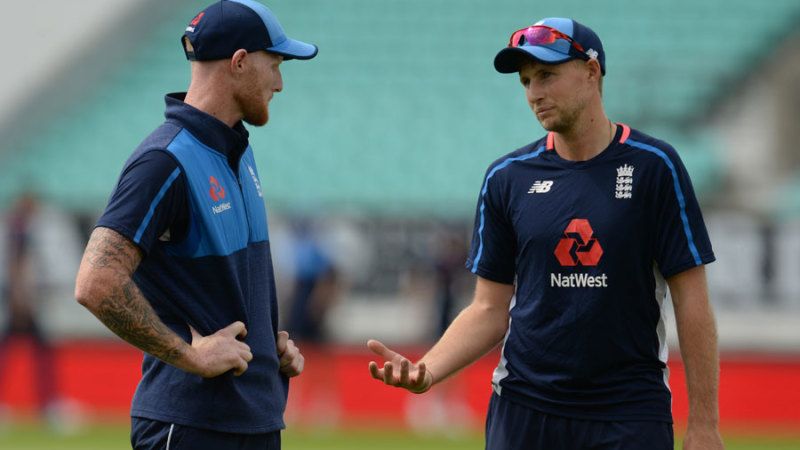 Joe Root “has the backing of everybody” in the England dressing room, according to Ben Stokes.

Root has endured a tough few days. After experiencing perhaps his worst Test as captain – England suffered an innings defeat and he recorded his lowest return in any Test as leader where he has batted twice – questions about his position as captain have resurfaced. In particular, there are concerns over whether the leadership is compromising his ability to contribute with the bat. He now averages under 40 as captain and under 30 in 2019.

But it is clear he retains the full support of his teammates. Certainly Stokes, who might be considered one of the few viable alternatives for the position and is now, at No. 9, two places above Root in the Test batting rankings, is unequivocal in his support. He believes that it is unfair to pin the failures of the whole team on one man and that there is “no one else to do” the job.

“The pressures of being England Test captain is huge. It can be one of the most criticised jobs in England at times. And sometimes that criticism is unfair, I would say. There are 11 guys that contribute to a win or loss. It doesn’t all fall on the captain.

“We put our hands up as players when we don’t perform. But unfortunately Joe cops most of that [criticsm]. But as a playing group, we stick together and we hold our hands up together as well.

“He’s fine. He’s Joe Root. He is England captain and there’s no one else to do it.”

There is unanimity within the England squad about where they went wrong in Mount Maunganui. Having squandered first use of the pitch, they then found themselves bowling on it at its best and were given a batting masterclass by BJ Watling. So, despite the scorecard, they know it was the batsmen, rather than the bowlers, who were most responsible for the defeat.

“We fought as hard as we possibly could with the ball,” Stokes said. “I’m not quite sure what else we could have done. We spent 201 overs in the field and we left nothing out there. Scoring 350 in our first innings didn’t quite cut it. On a wicket like that, you have to get five or six hundred if you bat first. We knew we were under-par when we got bowled out.”

Stokes was as disgusted as anyone by the comments directed at Jofra Archer towards the end of the first Test. As a man proud of his New Zealand and Maori heritage, he was at pains to point out how unrepresentative the incident was of the welcome England’s players – and supporters – receive in the country.

“I’m obviously very proud of my heritage and where I’m from,” Stokes said. “I’ll always respect that. The tattoo on my arm just signifies where the family comes from.

“Coming back to New Zealand, it’s not just a cricket tour for me. It’s also a great time to be able to catch up with family that I don’t get to see that often. I came out a week before the Test guys to stay with my mum and dad, which was awesome. I got to see brothers, sisters, cousins and everything like that. Every time I manage to come back it’s really good.

“It wasn’t a nice way to end the Test match and it’s a shame because that doesn’t represent New Zealand is about as a country whatsoever. New Zealand is more accurately represented by how much support Jofra has had, not just from the New Zealand cricket team, but New Zealand in general after that incident.

“That’s the main things for us now: making Jofra aware that we’ve got his back. It was a pretty horrific incident and something that shouldn’t happen in sport or in the world in general in 2019.”

Archer was among the England seamers to return to training on Monday. While he didn’t have a long bowl, he appeared in no discomfort after his exertions in Mount Maunganui and is expected to play in the second Test. Indeed, England may well be unchanged.

All the bowlers involved in the first Test bowled without issue on Wednesday though Matt Parkinson, the reserve spinner, took one ferocious blow to the thigh when Root thrashed one back at him. Parkinson will have a terrific bruise, but he was fine.

Some of the fringe players have impressed, though. Saqib Mahmood continues to bowl well, while Zak Crawley is catching swallows in training and would appear to be a rare example of a county player reaching the England set-up with fitness levels to rival the very best in the squad.

The 21-year-old scored a century in his only innings on the trip and is making a good case for his retention in the squad to tour South Africa despite the anticipated recall of Jonny Bairstow.