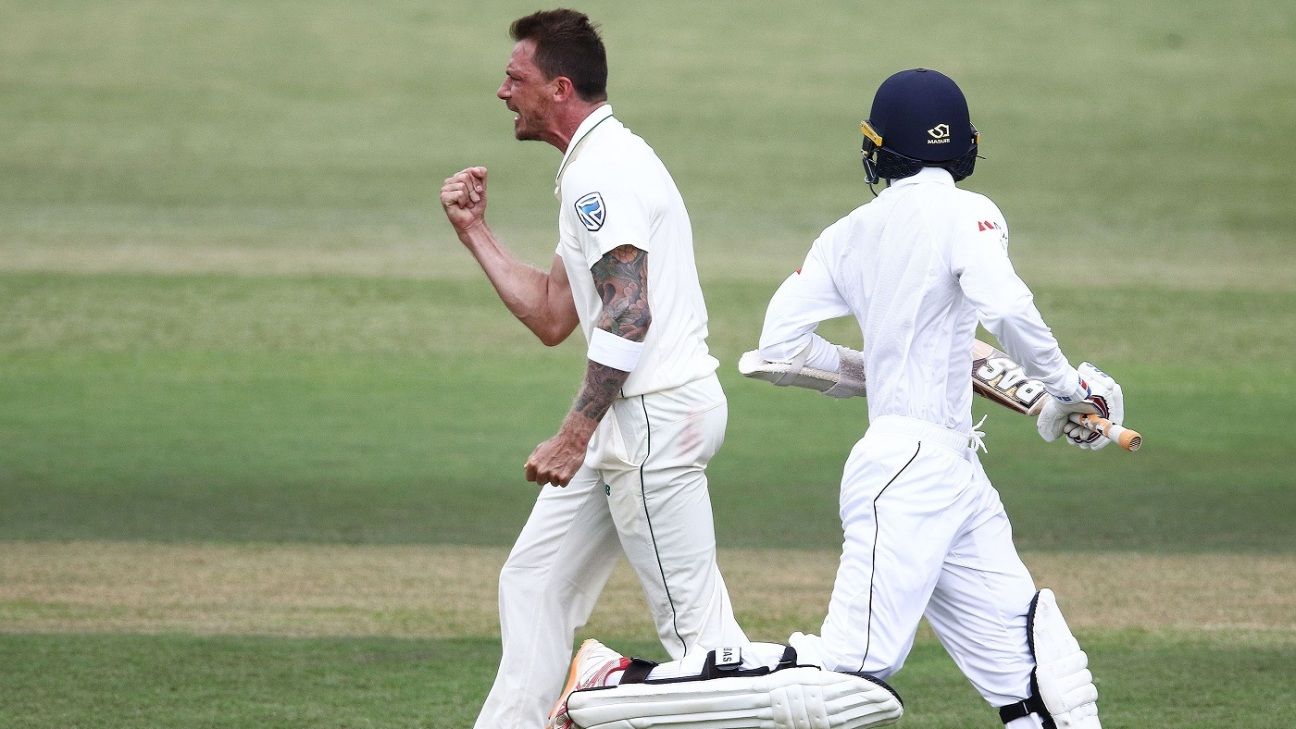 South Africa’s fast bowlers tipped the balance back in their favour by picking up with three wickets inside the first hour and five by lunch. Kagiso Rabada, Dale Steyn and Duanne Olivier picked up a wicket apiece in the session, while Vernon Philander struck twice before Kusal Perera and Dhananjaya de Silva came together to add 43 for the sixth wicket. At the stroke of lunch, Dhananjaya fell to a cunningly-laid trap for the pull and Sri Lanka went to the interval at 133 for 6, still 102 runs adrift.

While Dhananjaya and Kusal Perera restored a little control in the second hour, the first had belonged almost entirely to the bowlers. Already faced with the daunting challenge of fronting up to South Africa’s quicks with the ball wobbling around, Sri Lanka made things harder for themselves.

Within the first thirty minutes of play, they had already declined to take a review that would have saved debutant Oshada Fernando when he was given out lbw to Steyn. Replays proved the ball would’ve missed leg stump. Having failed to use one when they could’ve been saved, they burnt one when Dimuth Karunaratne was given out and replays only served to confirm the umpire’s call.

Those two strikes early on ramped up the pressure on a brittle middle order, but the Kusals – Mendis and Perera – responded with some authoritative strokeplay. Kusal Mendis was off the mark with a fluid on drive, and even had the gumption to lift Steyn in the air over mid off, but was eventually undone by Philander’s persistent line in the channel outside off. Jabbing at a length delivery with hard hands, Mendis sent an edge low towards the slips, where Faf du Plessis stooped low to hold the catch – his 50th in Tests.

Olivier’s introduction quickly brought Niroshan Dickwella’s end, the left hander checking a pull at a short ball halfway through the shot to swirl a top edge out to Steyn at third man. But at the other end, Kusal Perera refused to allow the dismissals to slow his tempo. Having taken back to back boundaries off Philander, he crunched Rabada on the up through cover and then lifted the same bowler for six over deep square leg to race into the 20s.

Sri Lanka’s 100 came up shortly afterwards, and Dhananjaya followed Kusal Perera’s lead in taking the attack to the bowlers. He was a little fortunate to get away with a top-edged pull off Rabada that carried all the way over the fine leg boundary, but some iffy strokes were interspersed with confident ones.

Dhananjaya was into the 20s himself with a thick edge through gully that was immediately followed by an imperious pull off Rabada, but moments before lunch his propensity to get after the bowling brought his downfall.

With Olivier placed at fine leg, Dhananjaya aimed a wild swipe at a shortish delivery from Rabada. The trap was laid, and on the penultimate ball of the session, de Silva leapt right into it. While Perera and de Silva were together, Sri Lanka looked like at least achieving parity in the first innings, but the late strike has put South Africa ahead going into the second session of the day.