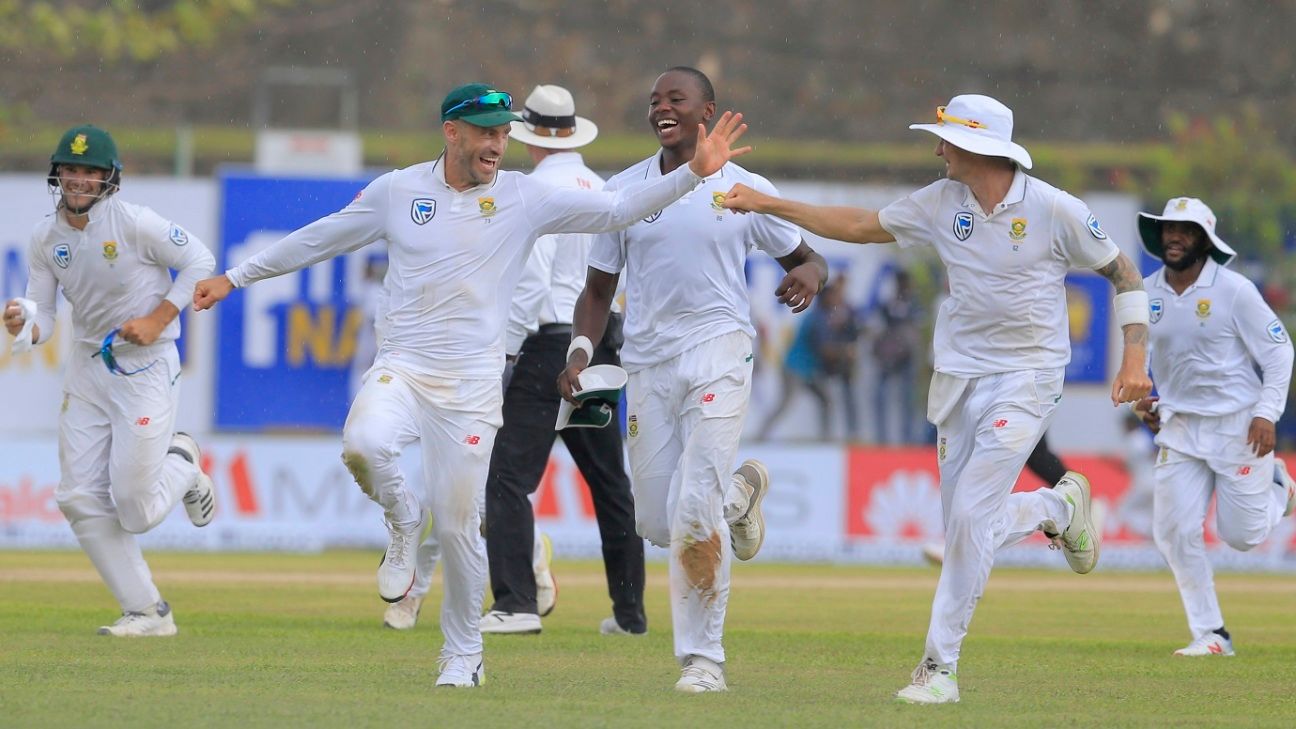 South Africa captain Faf du Plessis has pointed to the Indian Premier League as “a concern” in terms of managing the workloads of his bowlers ahead of the World Cup in England starting May 30.

“The obvious one for me is the IPL,” du Plessis said. “The IPL is just before the World Cup, and the last thing you want is one of your bowlers getting injured just before the tournament. That’s a concern for us, seeing how we can play that scenario out best.

“With Dale [Steyn], or KG [Rabada] or any other bowlers, in terms of workload, the World Cup is still quite a while away. Probably you’ll see that closer to the World Cup we’ll think about stuff like [managing workloads].”

Du Plessis’ concern echoed those of Cricket Australia, who indicated in November last year that Australia’s 2019 World Cup players can expect to have only limited involvement in the IPL, if they are able to play at all. CA’s stipulations around player availability are believed to have contributed to Kolkata Knight Riders’ decision to release Mitchell Starc.

Du Plessis is part of the Chennai Super Kings and will be able to keep a close eye on Imran Tahir and Lungi Ngidi, both of whom have also been retained by the franchise. Kagiso Rabada remains with Delhi Capitals. Dale Steyn was not picked up this year, but Chris Morris has also been retained by Delhi, and Anrich Nortje – the Warriors and Cape Town Blitz quick – has picked up his first IPL contract with Kolkata Knight Riders just as he started to enter the frame for national honours.

Morris provides an example of the sorts of concerns du Plessis and coach Ottis Gibson might have. He missed South Africa’s engagements with Sri Lanka and Zimbabwe after picking up a back injury at last year’s IPL. Gibson has suggested that worries over Morris’ fitness have been a primary factor in his limited chances with the national side of late.

Rabada, who was South Africa’s leading Test wicket-taker in 2018 and is central to their World Cup bowling plans, admitted ahead of the second Test that the last few months have been tiring for him. If he plays a leading role in South Africa’s home series against Sri Lanka, which ends on March 24, Rabada won’t have much time to rest before the IPL, which is likely to start in late March and runs till mid of May, around two weeks before South Africa’s World Cup opener against England on May 30.

“I’ve been feeling a bit tired the past three months,” Rabada said. “But it’s been getting better. That’s a positive. [I’m] gradually getting there. Hopefully, I peak at the right time [against Pakistan].”

Du Plessis added that player workload and the fitness of his fast bowlers for the World Cup is something he thinks about often, but highlighted the importance of focusing on the here and now.

“That’s certainly something that’s always at the back of my head. I can only speak from a personal point of view. You’re continuously thinking about the decisions, and stuff that will impact that. But it’s also important to stay in the present. If you look at the World Cup the whole time, you’ll lose sight of what’s going on in front of you. So there is that little bit of thinking ahead, but unfortunately, it’s too far out to start making decisions now that will impact then.”