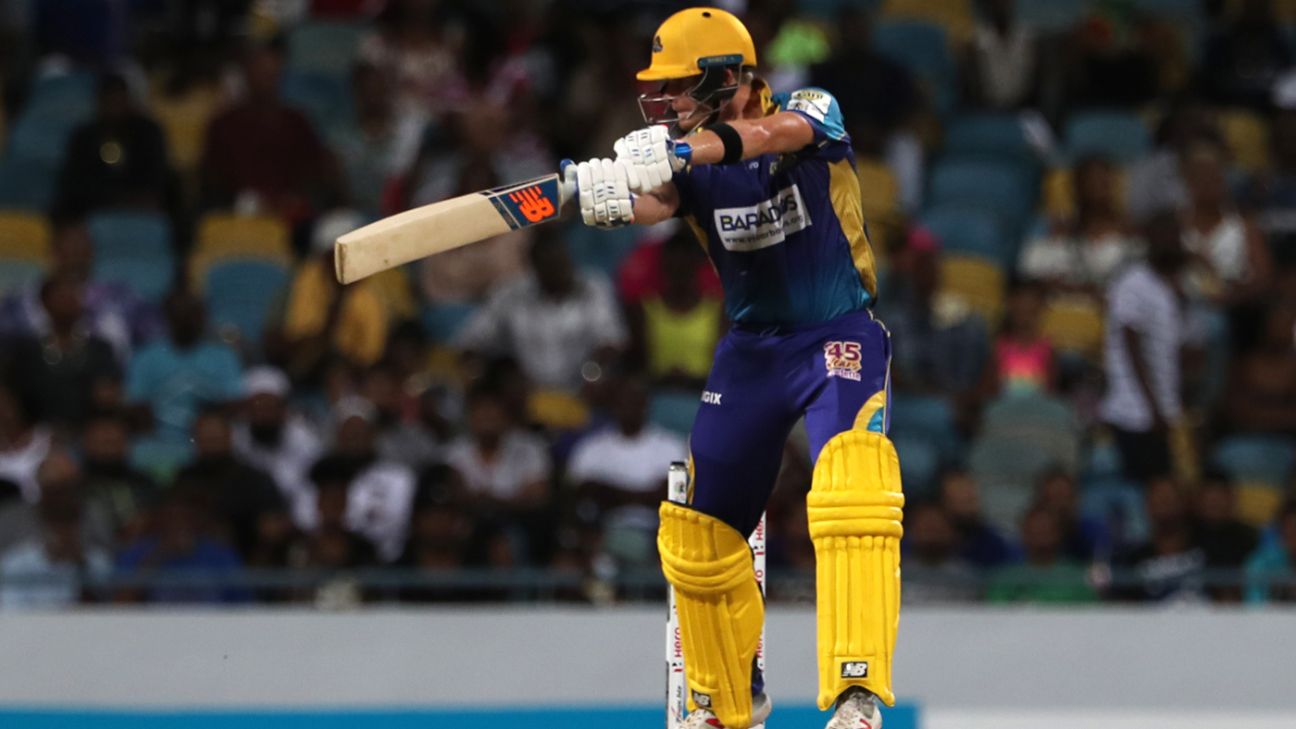 Steven Smith has returned to the nets for the first time since his elbow surgery in his bid to be fit for the World Cup.

Smith posted a short video on Instagram of him having a hit wearing his New South Wales shirt. “Great to have my first hit back,” he wrote. “The elbow is feeling good!”

He and David Warner, who are both coming towards the end of their 12-month international suspensions for the ball-tampering scandal in Cape Town, returned from the Bangladesh Premier League in January to undergo elbow surgeries.

Smith’s was the more severe problem and his return to action remains unclear. It is understood that Warner is making good progress and may yet look to squeeze in a grade match before the season finishes.

They are eligible to return to Australia colours on March 29, which is the day of the fourth ODI against Pakistan in the UAE, but Smith is unlikely to be ready for that while Warner could be overlooked even if he returns to playing by then with the IPL that starts on March 23 a possible route for both players.

“From all accounts they should both be ready for the IPL, which is really positive,” Australia coach Justin Langer said in India. “Dave’s probably a little more advanced but my understanding is they’ll be ready to go in the not-too-distant future.”

Australia head straight from India to the UAE for their five-match ODI series against Pakistan to bring the curtain down on their international season. The World Cup squad needs to be named by April 23 – although can be changed – and will then convene in Brisbane in early May for a training camp which involves warm-up matches against New Zealand.

Should they both be fit, that period is shaping as the formal reintegration of Smith and Warner to the Australia set-up ahead of the squad leaving for the UK in mid-May.

Langer has spent time with both players during the Australia season with them training, albeit separately, with the New South Wales squad. The pair faced each other during a grade game in Coogee earlier in the season.

“I speak to them all the time. We’re in touch all the time,” Langer said. “Been in touch with them for the last nine months and, as it gets closer to them coming back in the squad, I’m not sure it increases – how much we speak to each other.”

The third player banned, Cameron Bancroft, returned to professional cricket at the end of December for Perth Scorchers in the Big Bash. He then marked his first first-class match since Newlands by carrying his bat for Western Australia against New South Wales followed by 86 in the second innings as he faced over 600 balls in the match.