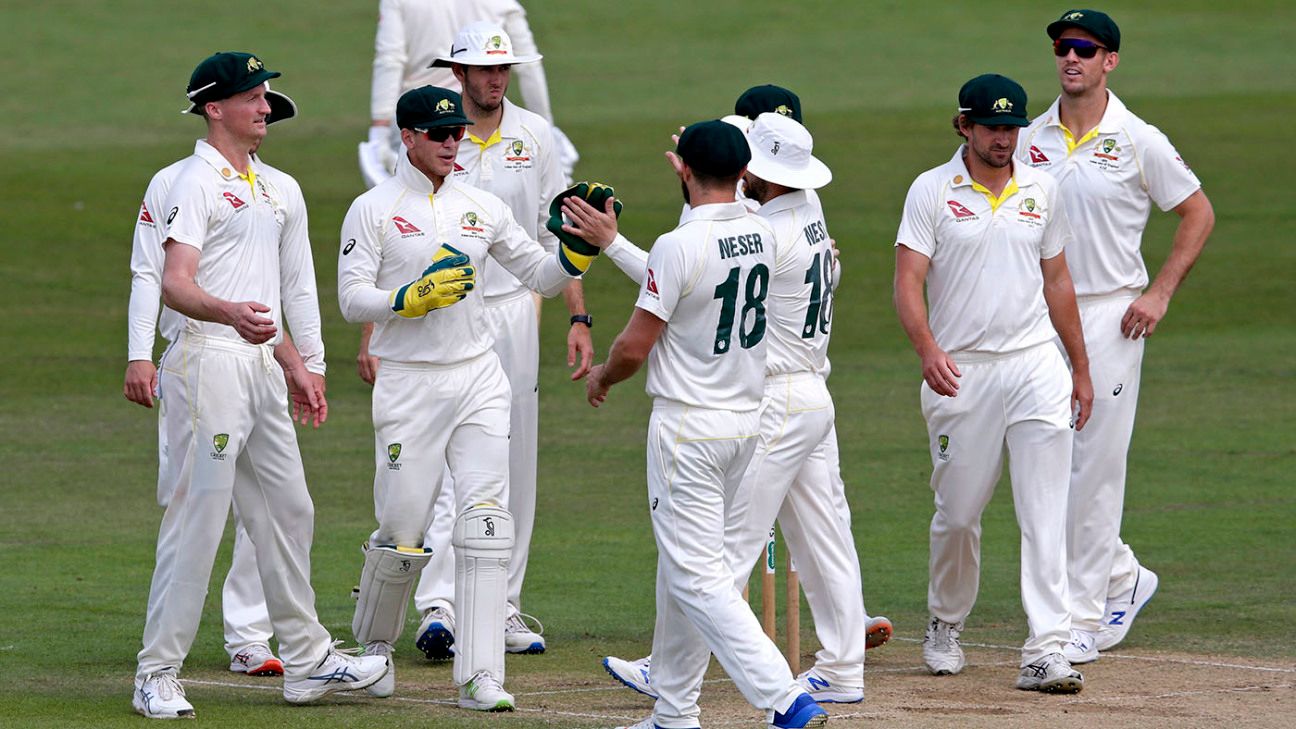 Former captain Steven Smith and Ashes tour aspirant Matthew Wade will be pitted against Australia’s leading bowlers including Mitchell Starc and Pat Cummins in the internal trial at Southampton that will determine the final shape of the touring party.

Teams coached by Brad Haddin and Graeme Hick were named on Friday evening, with Usman Khawaja the only name missing out of the 25-man pre-Ashes squad as he continues his recovery from a hamstring strain suffered during the World Cup.

Cummins, who in addition to Head served as Paine’s deputy in the latter part of the Australian summer, said the duel with Smith would help get his competitive juices flowing ahead of the Ashes.

“I think it’ll definitely get the adrenaline up like in a Test match,” Cummins said. “It doesn’t happen too often – you’ll see our egos be put to the test, we’ll be going at each other I think. Maybe [played Smith before] in a T20, but not that I can remember.

“I think personally from my point of view it’s about trying to get myself 100 percent ready for a Test match. I haven’t played a first-class game in a few months so it’s going to be trying to bowl long spells, get the ball swinging, try and think of ways to get batsmen out. These guys are really good players just like the English Test side. There’s no really obvious flaw so you’ve got to try to work a batsman out. It’s going to be a good hit-out, everyone is in good form.”

The concept has arisen out of long-held dissatisfaction with the level of preparation provided by domestic and invitational teams fielded by host nations in recent years, whether it be Kent and Essex in 2015 in England, or the teams presented in Sri Lanka the following year. Pat Howard, the former Cricket Australia executive in charge of team performance, inked the fixture into Ashes plans well before he was shown the door in the wake of a scathing culture review last year.

“I think it’s been in the planning for a couple of years, I think the lessons learned from the last couple of series was exactly that,” Cummins said. “We want a really good hit-out in conditions we can control, people jostling for spots.

“The best thing is guys who are fighting for spots are in good form, so it’s not a pre-season warm-up game that might meander or you kind of look after people’s injuries in this game, it’s going to be flat out and good fun I think, especially coming off a good game last week against the Lions, this is going to be another tune-up game that’s going to get us right and ready.”

Perhaps the only area of concern for the fixture is the danger of injury as players on both sides stretch themselves. Shaun Marsh was unable to be considered due to a broken arm sustained in a competitive net session prior to the final World Cup round robin game against South Africa in Manchester.