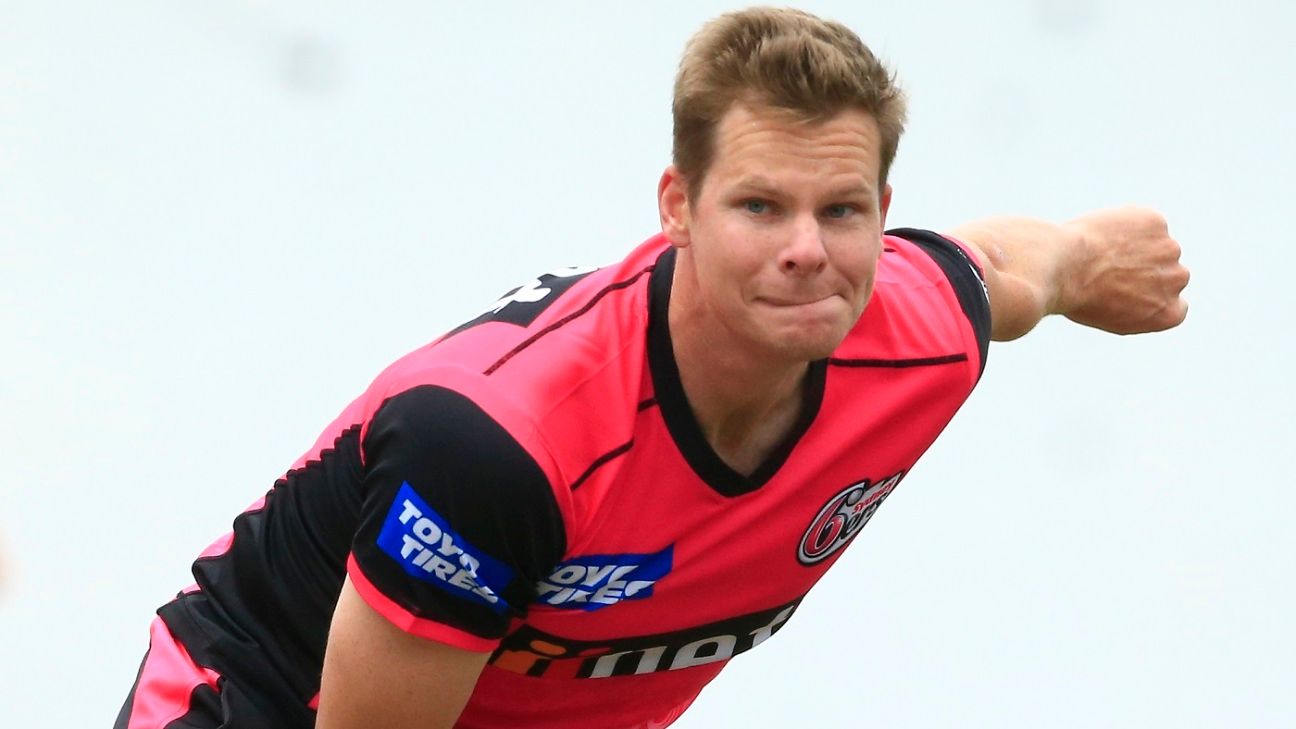 Re-integration of David Warner and Steven Smith into the Australian team following their 12-month bans for the Newlands scandal may be staggered over the course of the World Cup and the Ashes this year, with the former captain’s more problematic elbow injury causing serious consideration of a conservative return to the game tailored to peak during the bid to retain the urn.

While the national captain Tim Paine was adamant about Warner and Smith both returning to have “a huge part in us winning the series” against England, it is believed that Smith’s return to international ranks from major elbow surgery may well be managed via a longer term plan than simply pushing him to recover in time for the World Cup in May.

Instead, a scenario is emerging whereby Smith does not form a part of the World Cup squad but instead plays longer form cricket, whether with Australia A on the tour concurrent to the World Cup or for one of the English county sides. Warner, meanwhile, looks set to be recovered from his own more minor elbow surgery in time to be a part of the ODI squad for the UAE tour against Pakistan, with at least two of the five scheduled matches due to be played after the March 29 conclusion of the duo’s bans.

“We’ve got to keep working on how they are with their elbows, first. They’re going to need to get some cricket before coming back into the squad. It’s all part of the management. We’ll have to wait and see,” Australia’s coach Justin Langer said.

Among the many complicating factors of Smith and Warner’s bans was the fact that it effectively ruled both out of any first-class cricket in the Sheffield Shield, which will be played with a Dukes ball in its final four rounds to offer better preparation for English conditions. While Warner looms as a key part of the ODI team for the World Cup, a slower return to the game would afford Smith the chance to get his long-from game completely grooved for the Ashes.

“It’s a tough schedule as we all know but we’ve got a World Cup coming up as well,” Langer said. “We want to get as close to the World Cup squad as we can over the next 12 games [against India and Pakistan], including the two T20s. We’ve got to keep our eyes very clearly on what’s best for the team, not what’s best for individuals. That doesn’t work. It’d be hard to do that. It’d be good for some individuals to do that, but we’ve also got to win the World Cup. That’s just the schedule we deal with.

Commenting on the possibility of CA revising the domestic schedule for next year to play seven Shield matches before Christmas while delaying the start of the BBL until Boxing Day, Langer pondered the potential toll on fast bowlers. “There’s no perfect answer to this,” he said. “If you have seven Shield games before Christmas, that’s a massive impact on the bowlers, especially off the back of a World Cup and an Ashes and an Australia A tour.

“Trying to keep our bowlers on the park has been a battle traditionally. Seven Shield games is going to put enormous strain on the bowlers. We had England one-dayers, then UAE Tests and T20s, then more one-dayers, then Test matches, then in a week’s time we go and play more one-dayers. It’s a hectic schedule but we have to deal with it.”

As for his reflections on the summer, Langer said that a vast 2-0 defeat of an undermanned and overawed Sri Lanka was still significant because he had seen how much the many young members of the team had wrestled with the mental weight of playing Test cricket.

“It’s Test cricket, isn’t it? We put out the best team we can and we play against the team we’re put up against. That’s all we can do,” Langer said. “It’s the same pressure. We’ve got a really young group of blokes besides Usman Khawaja and Nathan Lyon. Trust me, it doesn’t matter who they’re playing against, they feel the pressure of playing Test cricket. That’s why it was so nice to see some of the young guys perform well in this series.

“I addressed the boys today about it, Ussie and Mitch Starc, there’s been a fair bit of outside pressure on those guys, they’re senior players and expectations are high, and for Mitch to take [ten] wickets for the game and Ussie to get a hundred, that’s really pleasing.”

Langer also pointed to Khawaja’s flying, one-handed catch to dismiss Virat Kohli in Adelaide on the opening day of the series as his highlight of the summer, while speaking sympathetically of his struggles to overcome a knee injury and also the dual arrests of his brother, Arsalan. “I’m really proud of Ussie,” Langer said. “He came back from that knee injury, and he had to work really hard to get back from that.

“It’s not just Tests, now he’s back in our one-day side as well. There are reasons for that: the way he’s transformed his body. That catch in the first Test is the highlight of the summer for me. Because he’d worked so hard to get fit to play, so hard to get himself fielding better and running between the wickets better. To see that catch, that’s literally the highlight of my summer.”