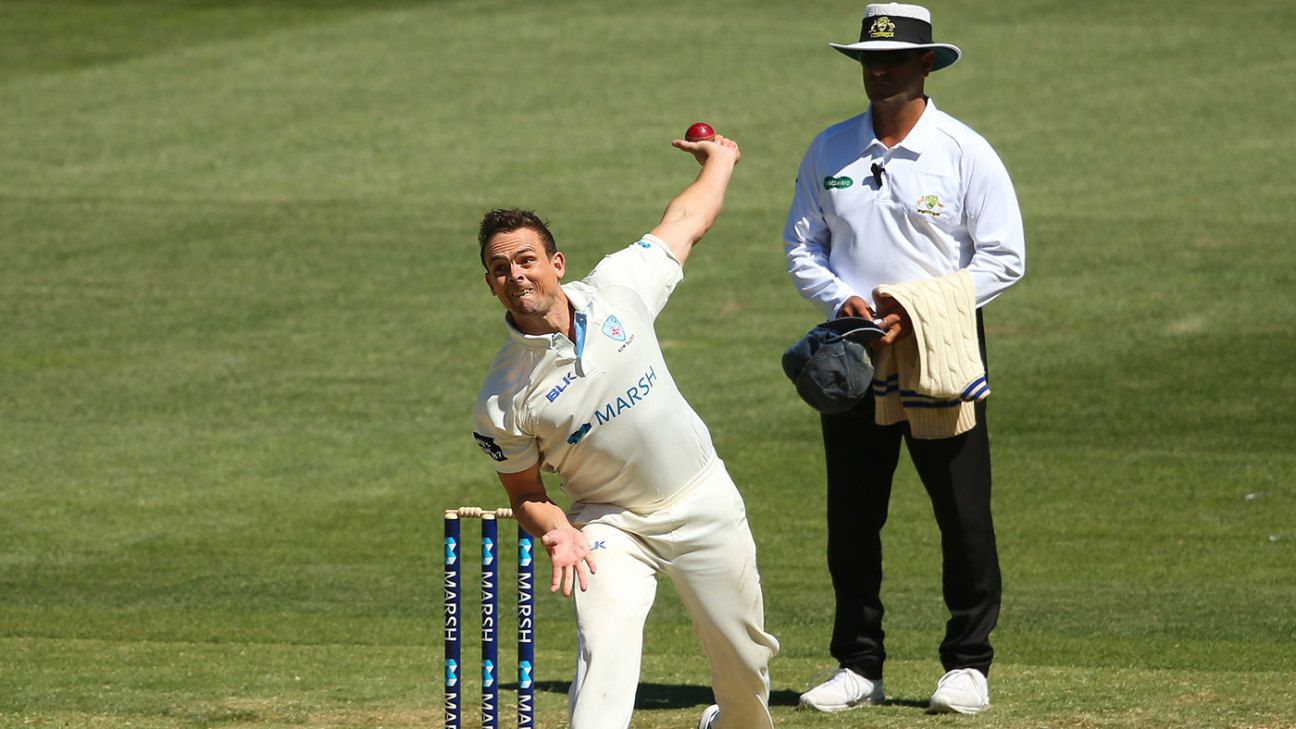 After announcing his retirement from first-class cricket, Steve O’Keefe has implored for spinners in the Australian domestic game to be given more of a chance to shine as a “matter of urgency” if the national team is serious about becoming a force in the subcontinent.

O’Keefe, the New South Wales left-arm spinner who took 301 first-class wickets at 24.66 and earned nine Test caps, ended his first-class career after not being given a new contract by his state and is desperate that the current crop of spinners plus the next generation are given more of a helping hand in the Sheffield Shield.

O’Keefe is of little doubt that enough talent exists in the domestic game but has long been frustrated at the conditions they are expected to operate in with the Sheffield Shield dominated by pace bowlers both in terms of the majority of pitches produced and the introduction of the Dukes ball for the second half of the season.

“We have so much talent in this country, spin-bowling depth. I look across at the top two spinners in each state that I really think there’s so much quality,” O’Keefe said. “The problem is that they aren’t being encouraged enough to be given a ball in the first ten overs and being told to win a game of cricket. The conditions haven’t allowed them to express themselves.

“We promote the Dukes ball. In the game at the moment you could pick four quicks and if you had to pick an allrounder you could pick a medium pacer and still do well – you’d win with that team, with no spinner, which to me is a shock. If we really want to win a series in India, which is the final frontier, then we have to start providing [conditions] at home.”

The depth of spin bowling in the Australian game has been a long-running debate with the question of who should be next in line behind the prolific Nathan Lyon either as his partner when conditions require or in case of injury. It was a position held by O’Keefe at various times but the last of his nine Tests came in 2017.

The issue would have come to the fore during the Bangladesh tour in June which is now unlikely to take place due to the coronavirus pandemic – legspinner Mitchell Swepson was the frontrunner to join Lyon – but with a view to the longer term it is an area that will need significant development with Australia slated for away series against Pakistan, Sri Lanka and India in 2022.

The decision to use the Dukes ball for the second half of the last four Shield seasons was part of a move to prepare Australian players – both batsmen and bowlers – for the challenges of playing in England, and the retention of the Ashes last year was justification for the approach. O’Keefe, however, now wants the same attention paid to helping spinners.

“I do have a lot of strong opinions because I’m so passionate about it. I want to see guys like Swepson, [Ashton] Agar really push Nathan Lyon in that Australian team,” he said. “He’s the next level but we have to start looking forward to the next generation and I think we can promote it more at home.

“When you want to win overseas, spinners are the ones who have to win you games. But go back and have a look at Shield cricket. I’m the leading wicket-taker this year with 16 wickets and played five games. I’ve not had a matchwinning role in any of the games. When you go to these places, it’s all on your spinners; they have got to be people who are mentally tough and have the skill. It is a matter of urgency, if we are going to win over there to make sure we encourage these guys.”

The surfaces at the SCG, O’Keefe’s home ground where he will continue to play as part of the Sydney Sixers in the Big Bash League, have started to recapture some of their traditional qualities with spin playing more of a role in in the limited number of Shield games hosted there. O’Keefe said that spinners should be much more at the forefront of consideration when pitches are prepared and suggested the technique of scarifying the area in front of the popping crease for about a metre and a half, arguing that it can bring spinners into the game without artificially altering the balance too much.

“If we want to get good at beating teams on the subcontinent we need to keep improving [the Shield]; it’s become really stagnant. We use this Duke ball for the back end of the year and it becomes a bit mundane. We should keep trying to improve the standard of first-class cricket. I’m going to be biased towards the spinners. We can do that by scarifying wickets, we can do that by playing in regional venues – force each state to play a game in a regional venue, it has so many upsides, not just for the community but you get to play on slower wickets that might invite more spin.”

O’Keefe is also keen to help the next generation of spin bowlers any way he can, self-deprecatingly saying he could “barely spin a ball” but believing that in a match-up with any batsman he was confident he could work them out and win the contest.

“It doesn’t have to be an official role: I’ve already spoken to a couple of spinners at New South Wales,” he said. “If there’s any spinner out there, anyone willing to pick up the phone and say ‘I’d like to work with you’, I’d tell a 10-year-old the same thing I’d tell a 25 year-old playing cricket. The game in my eyes is that simple; I’m willing to give that time to anyone for nothing. I just love spin bowling and the game of cricket. I think I have a different narrative to tell to a lot of people: I could barely spin a ball, so I have it from a different lens so if people want to hear that then I’d love to do it.”