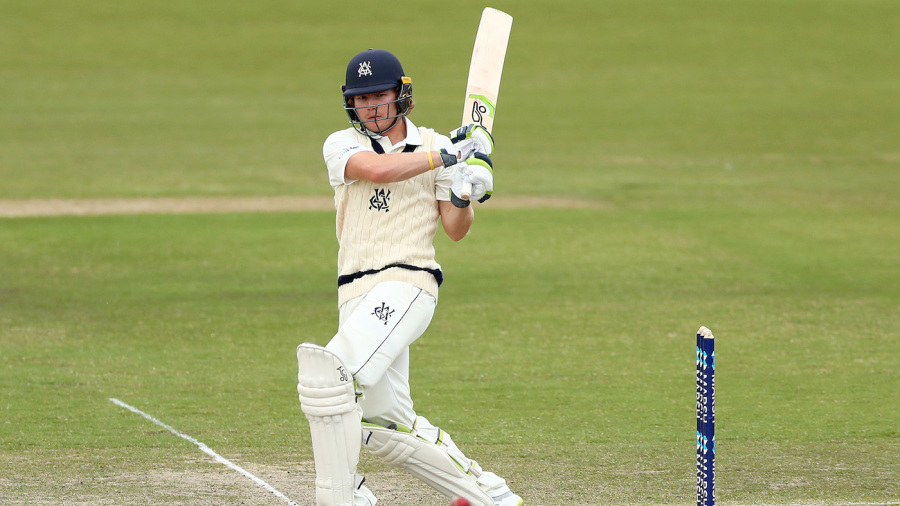 Victoria lost only two wickets in 69 overs as they razed 205 runs off New South Wales’ first-innings total of 294 on the second day at the Melbourne Cricket Ground. Will Pucovski, who had recently taken a mental health break, returned with an unbeaten 62 at stumps with Peter Handscomb for company. Victoria opener Nic Maddinson had earlier set the base with a fifty at the top.

The day had begun with NSW’s batsmen in the middle. Restarting on 6 for 223, they were bowled out 71 runs later, but not before their overnight batsmen Peter Nevill (50) and Sean Abbott (54) earned their respective half-centuries. Their seventh-wicket stand of 93 helped NSW recover from 149 for 6, and although Steve O’Keefe and Trent Copeland chipped in with twenties, Victoria ensured they did not cross 300. Peter Siddle and James Pattinson took three wickets apiece.

Victoria’s response began with a 72-run opening stand between Marcus Harris and Maddinson. Harris scored 23 with Maddinson making the bulk of the runs. After Harris was adjudged lbw to O’Keefe, Maddinson added another 38 runs with No. 3 Pucovski, but was dismissed on 59 by Abbott with the team’s score at 110. But that was all the success NSW had for the rest of the day. Pucovski motored on to a fifth first-class half-century while Nevill made 44 in 100 balls to put Victoria in the driver’s seat by stumps. They trail by only 89 with eight wickets in hand at the halfway stage of the match.