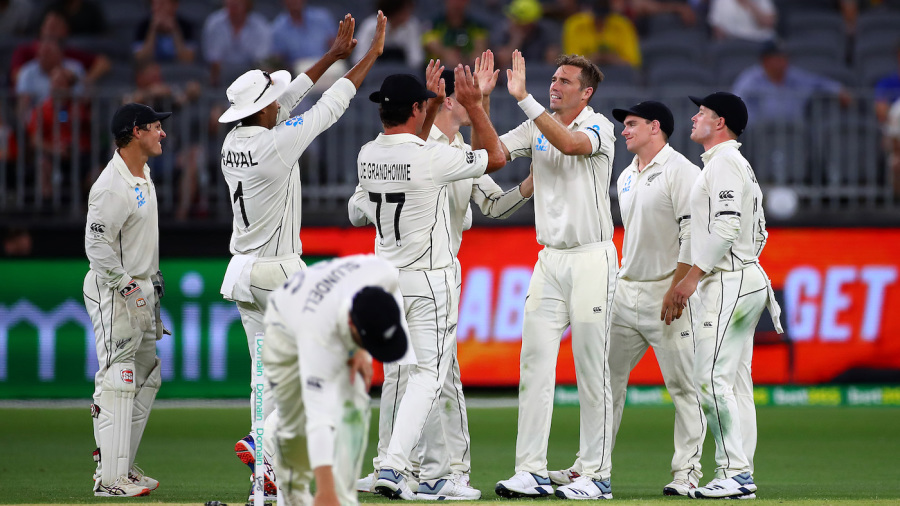 Australia pushed their first innings towards 350 even though they lost Marnus Labuschagne and Travis Head in circumstances that both batsmen would regret in the first session on day two of the pink ball Test at Perth Stadium.

The captain Tim Pane and his deputy Pat Cummins were left to guide the hosts towards a strong total after Neil Wagner and Tim Southee had both nabbed wickets on another enervating day of Perth heat, the effect underlined by a grass fire burning near the ground and blowing smoke across the stadium.

Labuschagne had begun the day with designs on a third consecutive score in advance of 150, after a fluent start, as he and Head asserted themselves.

But he was left annoyed and confounded by Wagner, who found another way past an international batsman of strong repute when he angled a fullish ball into Labuschagne from around the wicket and snaked it behind the No. 3’s pads and into leg stump. Wagner’s celebration was prolonged, indicating that like most of his wickets, this was no accident.

Head was then left with the responsibility of building the innings, but on 56 he leaned back to hammer Southee through the off side and picked out the fieldsman at cover. Head threw his head back in disgust at the dismissal, as did the former captain and sometime Australian team mentor Ricky Ponting in the commentary box.

Paine, who had made a circumspect start, was joined by Cummins, and the pair worked their way to the lunch break in the hope of adding plenty more to the total.