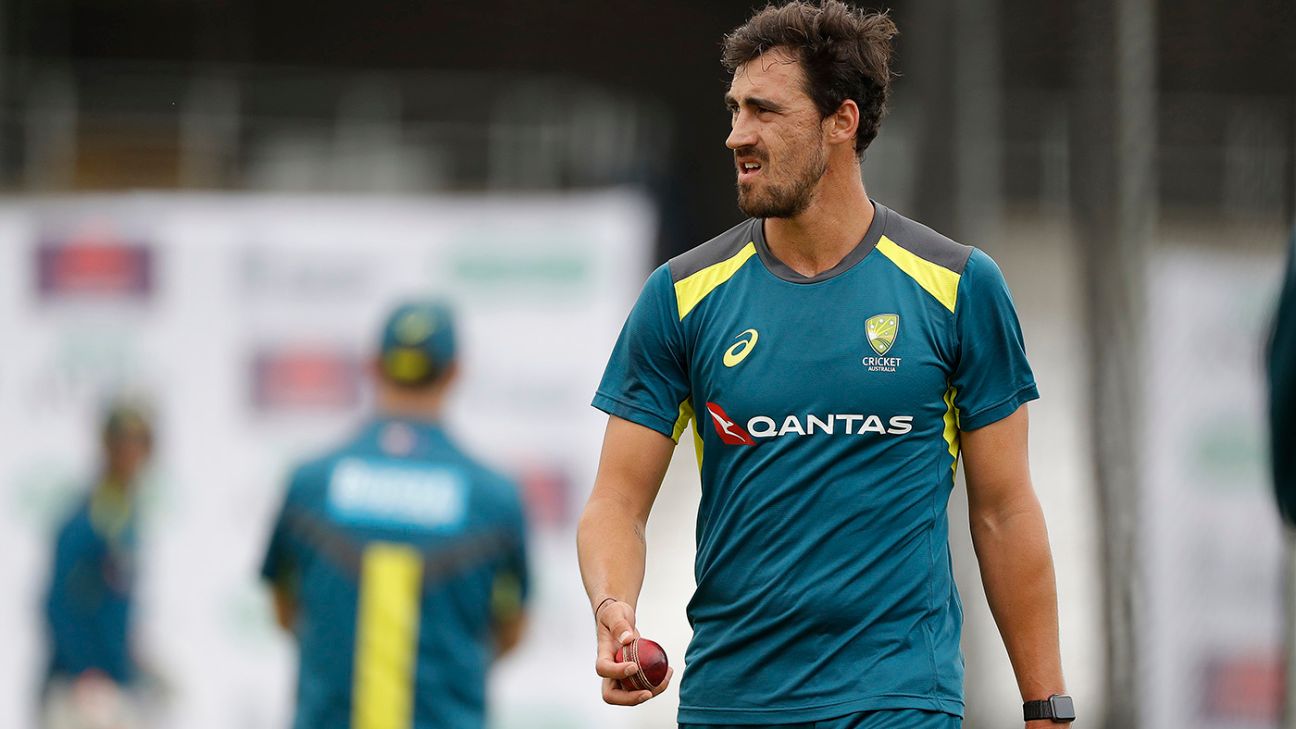 Mitchell Starc is set to miss the second T20I against Sri Lanka at the Gabba on Wednesday, having opted out of the contest to attend his brother Brandon’s wedding. Queensland’s Billy Stanlake has emerged as the frontrunner to replace him at his home venue. However, hot on his heels is New South Wales quick Sean Abbott, who joined the squad in Brisbane as a replacement for the injured Andrew Tye.

If Abbott does get the nod over Stanlake, it’s his death-bowling skills that might tilt the balance in his favour.

“Billy Stanlake’s been in the squad here (in Brisbane), home ground, he might get first crack,” pace spearhead Pat Cummins said at an event after Australia thrashed Sri Lanka by 135 runs in Adelaide. “Or else you go for the more death-bowling option of Sean Abbott.”

Stanlake, who has taken 25 wickets in 17 T20Is, debuted in the format in early 2018, impressing the then assistant coach Ricky Ponting, who reckoned the 6ft 7in pacer had the potential to be “one of the all-time great fast bowlers“. In the ongoing domestic one-dayers, he has five wickets in five matches for Queensland with an impressive economy rate of 4.84.

Abbott hasn’t played for Australia since 2014, all his four international appearances coming that year, but had finished the List-A leg of Australia A’s UK tour as the highest wicket-taker recently. He was the second highest wicket-taker in the BBL last year, finishing two wickets behind Kane Richardson with 22.

“I’m really happy for Seany to get his chance,” Cummins said. “I haven’t seen a lot of him over the last 12 months but everything I keep hearing not only from the New South Wales boys but from his Aussie A tour over in England was just how well he’s been bowling; really good rhythm, really good control and you’ve seen in the Big Bash the last few years his variations.

“So he’s a big inclusion for the squad and hopefully he gets a chance – the good thing is he’s in great form, so he’ll be ready if picked.”

Australia won the first T20I of the Sri Lanka series on Sunday, so they have the opportunity to wrap up the three-match series in Brisbane.