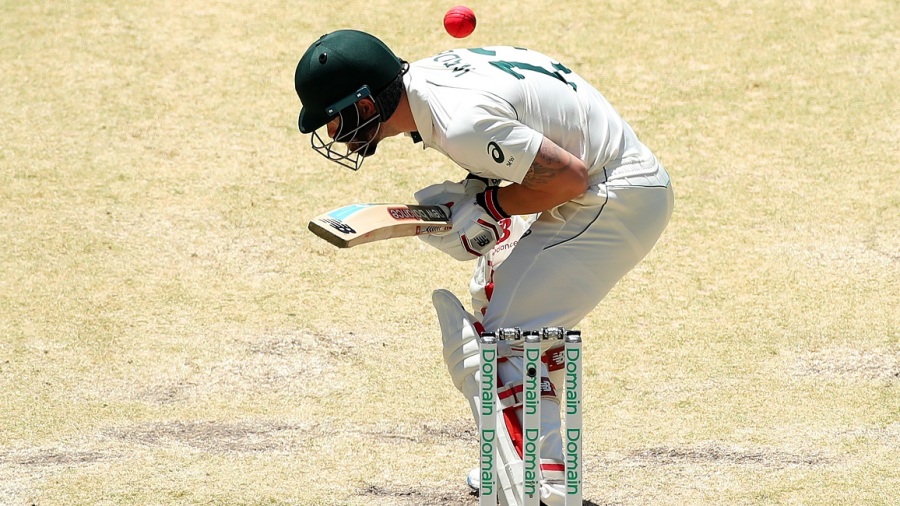 New Zealand need 468 to win the Perth day-night Test match after Australia’s captain Tim Paine declared with one wicket remaining at the end of an innings where the visitors had successfully limited the lead while also expanding the amount of time in which the hosts may need to bowl with only two fit pacemen.

Tim Southee and Neil Wagner shared eight wickets between them, as New Zealand claimed 8 for 86 after the Australians had advanced to 1 for 131 late on the third day. Their concerted, short-pitched angle of attack resulted not only in plenty of wickets but also a succession of painful blows for the batsmen, most notably Matthew Wade.

Wade, Pat Cummins, Mitchell Starc and Nathan Lyon added 50 runs on the fourth afternoon, leaving New Zealand with five and a half sessions to survive if they wish to get out of Perth with a draw – a feat that, if achieved, would severely fatigue Australia’s bowlers with Josh Hazlewood already out of the game due to a hamstring strain.