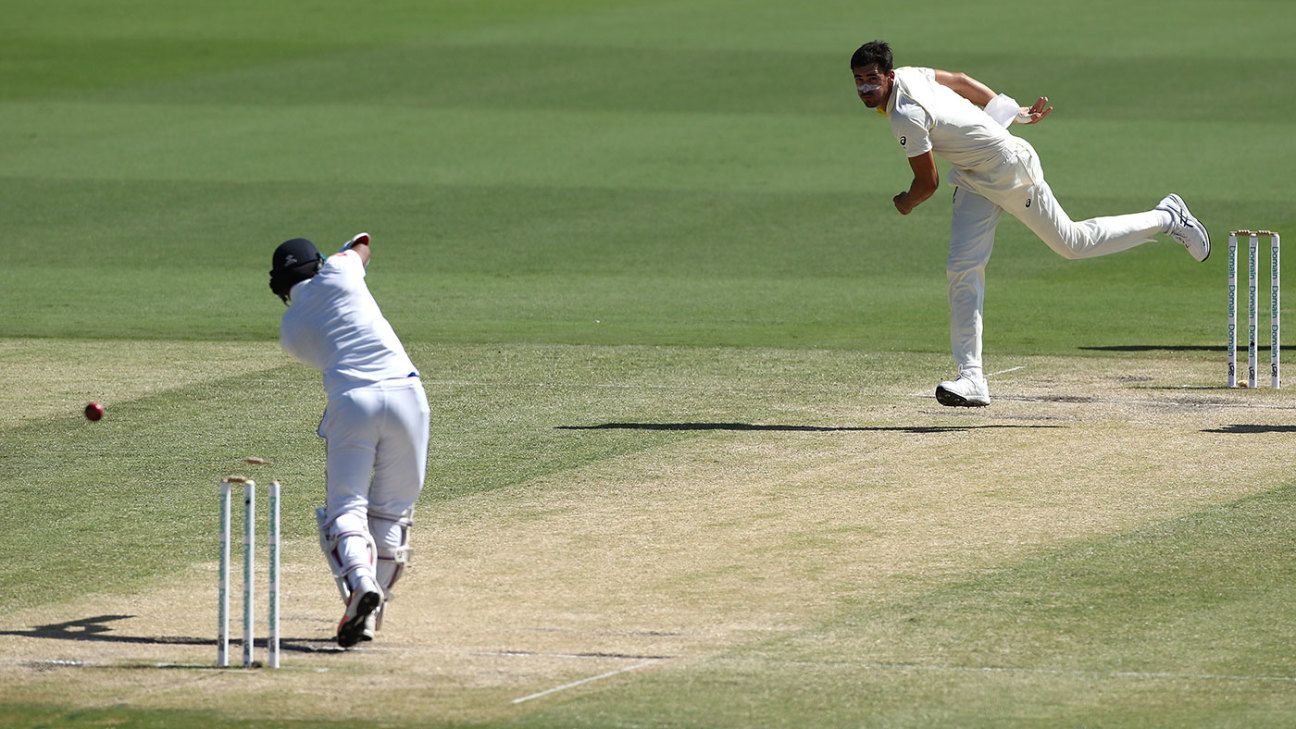 Mitchell Starc scythed through Sri Lanka’s batting order for the second time in the Test, reducing them to 5 for 87 at lunch on day four – Australia now well within sight of a rollicking 2-0 series win.

Starc was not quite as quick as he had been in the first innings, when he routinely breached 150kph, but having already roughed most Sri Lanka batsmen up, he was no less fearsome. He required only seven deliveries to make his first breakthrough of the morning, bowling Dimuth Karunaratne through the gate with an inswinger, before having captain Dinesh Chandimal caught at third slip with an angled delivery, later in the same spell.

In the 15 minutes before lunch, Starc blasted out two middle order batsmen in quick succession. Niroshan Dickwella – who had unusually come in at No. 4 – had fought it out for 42 balls, when a 147kph Starc ball kept low, beat his forward prod, and pegged back his off stump. Next ball, Kusal Perera, who had suffered a mild concussion when he was hit in the helmet in the first innings, was caught flat footed on the crease, and edged a full Starc delivery to wicketkeeper Tim Paine.

Dhananjaya de Silva kept out the hat-trick ball, and saw out the last over of the session alongside Kusal Mendis, but with no more specialist batsmen to come after this pair, Sri Lanka’s match position was already beyond dire. Sporting figures of 4 for 22 from his 10 overs, Starc will push for his second five-wicket haul of the match after lunch. Australia will go for the swift finish.

The other wicket to fall in the session was that of Lahiru Thirimanne, who was athletically caught by Pat Cummins in his own follow through. Thirimanne had been relatively secure during his 81-ball stay, but was surprised by a Cummins ball that bounced higher than he expected, and managed only to fend it into the air. Cummins sped up in his follow through, and intercepted the falling ball a few centimetres from the surface, as he dived forward.

There was little batting of note in this session – each of Sri Lanka’s batsmen never really settling into a rhythm. The best partnership of the innings so far, between Thirimanne and Dickwella, was worth 30.