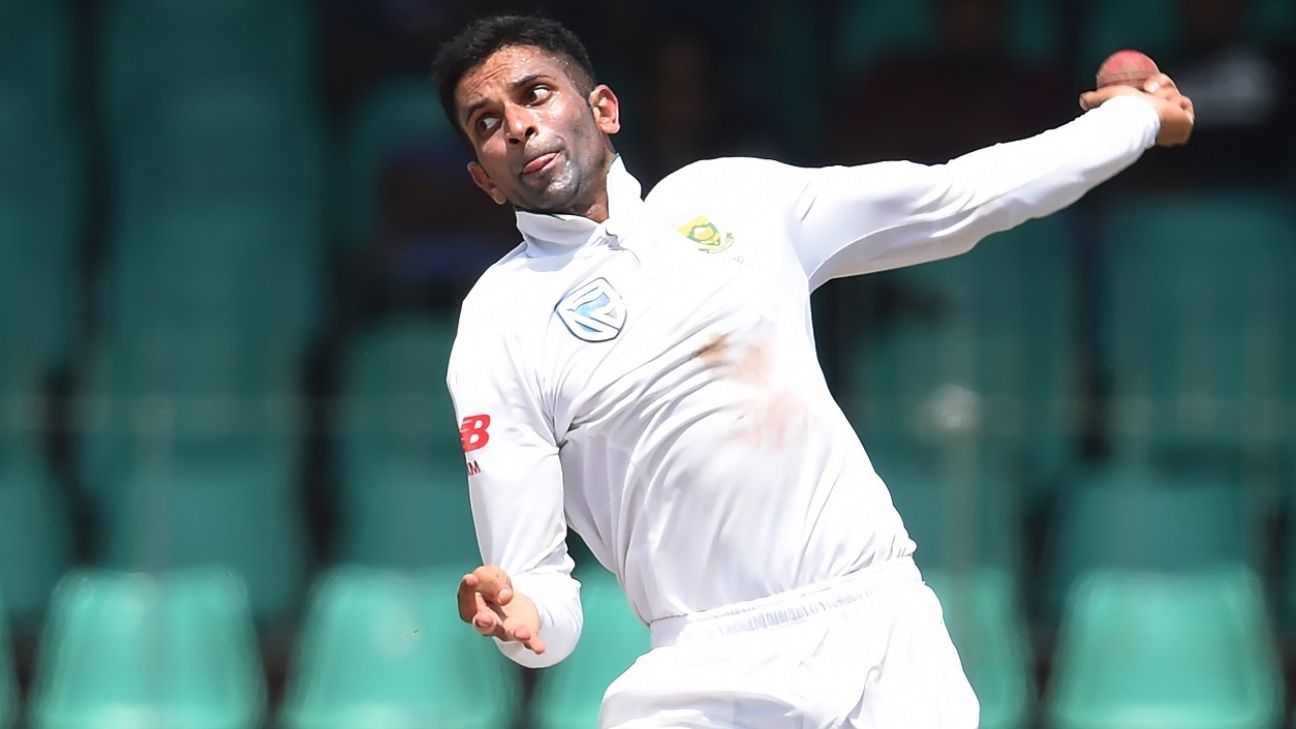 Captaining in a Test match for the first time, Dimuth Karunaratne called correctly at the toss and put South Africa in to bat on a grassy, green-tinged Kingsmead track.

“There’s a little moisture in the surface and we want to make the most of it,” said Karunaratne at the toss. He is in charge of one of the most inexperienced Sri Lankan touring groups in recent history, and the visitors are coming off a series whitewash in Australia. “We had a tough time in New Zealand and Australia,” said Karunaratne, “but we’re prepared for these kinds of wickets.”

There were two Test debutants in Sri Lanka’s starting XI – Oshada Fernando and Lasith Embuldeniya – and with the ball, the visitors welcomed the return of Suranga Lakmal who has recovered sufficiently from a back injury. While Lakmal is expected to lead the attack, Kasun Rajitha and Vishwa Fernando will also share the new-ball duties. Sri Lanka also included a couple of spin options, including debutant left-arm spinner Embuldeniya.

South Africa captain Faf du Plessis admitted that he was “in two minds” about what he would have done at the toss, but the hosts opted to play an extra bowler and drop Theunis de Bruyn from the middle order. A five-pronged attack made up of Duanne Olivier, Dale Steyn, Vernon Philander, Kagiso Rabada and the returning Keshav Maharaj will present a fearsome prospect for the touring batsmen, who will at least have a little time to become accustomed to conditions before they need to bat on this surface.

“We’ve gone with all our bowlers,” explained du Plessis. “We’re not quite sure what the surface will play like. There’s been a bit of turn over the last few games we’ve played here.”