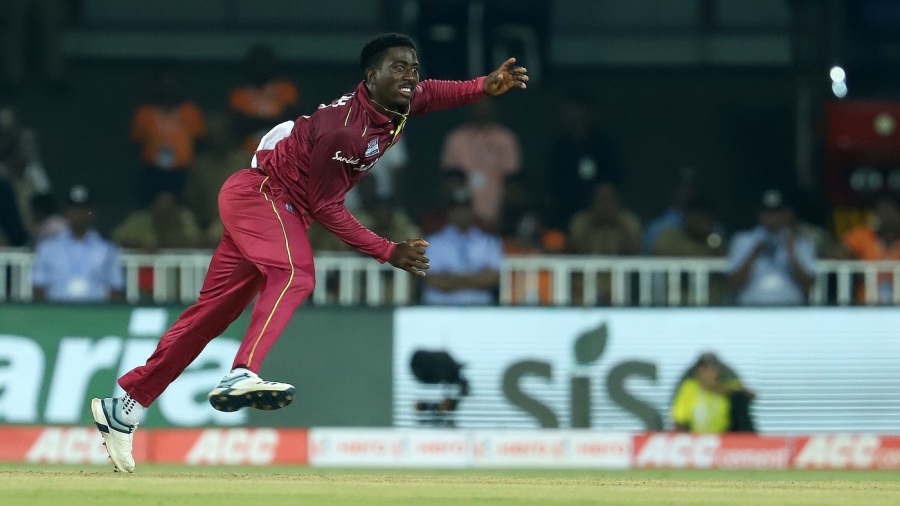 Sri Lanka won the toss and chose to field first at the SSC, expecting a little movement in the air and off the surface early in the day. The track itself appeared a good one-day pitch – suited to batting – and may settle down as the game wears on.

West Indies named a largely predictable XI, asking Sunil Ambris to open alongside Shai Hope after Brandon King’s two failures in the practice matches this week. Nicholas Pooran has also sufficiently recovered from the back complaint he had picked up in the first of those games to be available for this match.

Legspinner Hayden Walsh has been preferred to left-arm spinner Fabian Allen. Walsh took 2 for 52 and 1 for 44 in the warm-up matches, which were comparable numbers to what Allen had registered. However, Sri Lanka have generally been less comfortable against wristspin than fingerspin in recent years, which may have influenced this selection.

Sri Lanka, meanwhile, named two wristspinners in Wanindu Hasaranga and Lakshan Sandakan. This means Isuru Udana and Nuwan Pradeep are the only specialist quicks, though they will have support from allrounders Angelo Mathews and Thisara Perera. Thisara claimed a place in the XI ahead of Dasun Shanaka. According to coach Mickey Arthur, this was down to Thisara’s superior bowling.