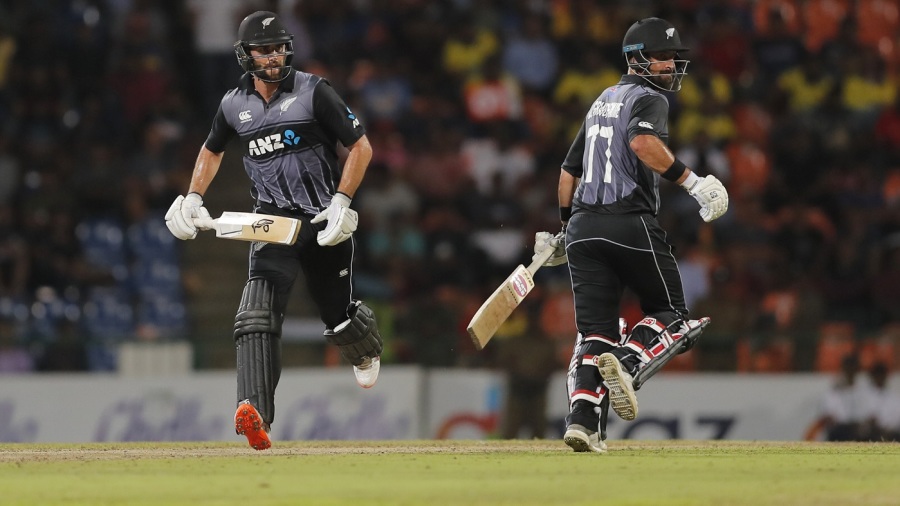 There are no certainties when it comes to the T20 captaincy, but for now Lasith Malinga is the man entrusted with the build up to the T20 World Cup next year, and he’s clearly in a mood to experiment. In the first T20I, Malinga wanted to have a look at the batting. So although he acknowledged that bowling first might have been smarter (given the difficulty involved in defending a score with a wet ball), he wanted to give his young batting order a free hand. The results were hit-and-miss. Kusal Mendis‘ re-ascension to the top of the batting order clearly worked, with the batsman producing the best innings of the evening. Others, such as Kusal Perera and Avishka Fernando, though, failed to fire.

Malinga is unlikely to make wholesale changes after just one loss, but the batsmen in particular, who failed to make a significant impact on Sunday, will be on notice. The likes of Danushka Gunathilaka await a chance to get into the XI.

New Zealand, meanwhile, showcased the depth in their batting order – Ross Taylor, Colin de Grandhomme, Mitchell Santner and Daryl Mitchell all providing important innings, after the top order had allowed the required rate to near 11 as early as the eighth over. While their established bowlers – Tim Southee, Ish Sodhi and Santer – all produced good performances, the relatively modest performances of the fringe fast bowlers will place them under some scrutiny. Seth Rance, in particular, leaked 58 runs in his four overs, and didn’t take a wicket.

Ever since Ross Taylor moved to the lower-middle order in T20Is, he has been both more prolific, and more explosive. Where he had struck at 117 and averaged 23.22 at No. 4 for example (where he has most-often batted), he has struck at 131.39 at Nos. 5 and 6, and averages 38.18. On Sunday, hitting 48 off 29, he played exactly the kind of innings he’s in that lower position for. If the top order fails, New Zealand still have a player of the explosive power and calibre of Taylor to come. He is, essentially, their middle-order insurance.

Isuru Udana has just been named one of the marquee players for South Africa’s Mzansi Super League, and with the bat on Sunday, he showed exactly why, hitting two sixes off the first two balls he faced, in the last over of Sri Lanka’s innings. Having first emerged in 2009, Udana spent years out of the Sri Lanka side but used that time wisely, honing not just his batting, but also his fielding. Even in a match against New Zealand, who have some of the best fielders on the planet, Udana can count himself among the best on the field. He is primarily chosen for his bowling however, so if he is to firm up his place in the side for that T20 World Cup, he will need to shake off his 0 for 38 off 3.3 overs from Sunday and show himself to be a more capable fast-bowling ally to Malinga.

Sri Lanka may be tempted to bring Danushka Gunathilaka into the side. But they’ll likely go with the same XI.

With only 13 players available since a thumb fracture ruled Lockie Ferguson out of the series, New Zealand don’t have a lot of options. They will likely play the same side as well.

The Pallekele surface on Sunday had substantial turn, so expect that to be the case again. That wasn’t to say there was nothing for the quicks though, with Tim Southee and Lasith Malinga the two best bowlers from either side. Rain may again interrupt.