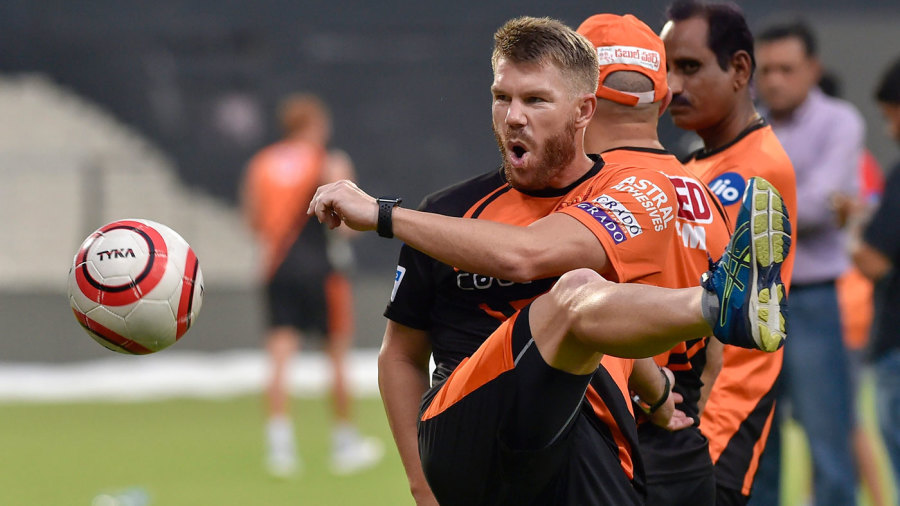 A year after picking up bans for the infamous ball-tampering episode, Steven Smith and David Warner come face to face. Too much time has passed for the Newlands scandal to remain relevant in the IPL context, of course, but Jos Buttler’s mankading incident has – albeit unwittingly – kept the spirit of controversy alive.

If Rajasthan Royals – Smith and Buttler’s team – had hoped for the seeming injustice of it to have inspired them, the signs weren’t encouraging. Instead of a steely resolve to get home, on view were panic and self destruction. Those are precise feelings that Sunrisers Hyderabad have traditionally sparked in their opponents. Although Sunrisers’ well laid-out plans came a cropper against a rampaging Andre Russell, it was only the third time they lost after posting a total in excess of 180 – that says something about the abnormality of their display in Kolkata on Sunday.

Now, they are back home, where they have won 15 of their last 21 matches since 2016 – the best win percentage for any team at home during the period. Plus, they should have regular captain Kane Williamson – who missed their first game with injury – back, although the final decision on him will only be taken on match day. Williamson hit the nets in Hyderabad on the eve of the match and even the day before that. If he’s back, who do they leave out? Warner batted like he was never away for a 53-ball 85, and his partner, Jonny Bairstow aided him nicely on debut, contributing a 35-ball 39 in a 118-run opening stand. They might feel slightly bittersweet about separating them so soon, but it seems like the only viable move.

For Royals, who made a late surge for the play-offs last year through Buttler’s exploits at the top, the problem of a misfiring middle-order appears chronic. They need a little more consistency from their batting support cast – the likes of Rahul Tripathi, K Gowtham and Shreyas Gopal. Given the spin-friendly nature of the Hyderabad surface, there could be a case for Ish Sodhi’s inclusion. But for that they’ll have to leave out the highly-rated Jofra Archer.