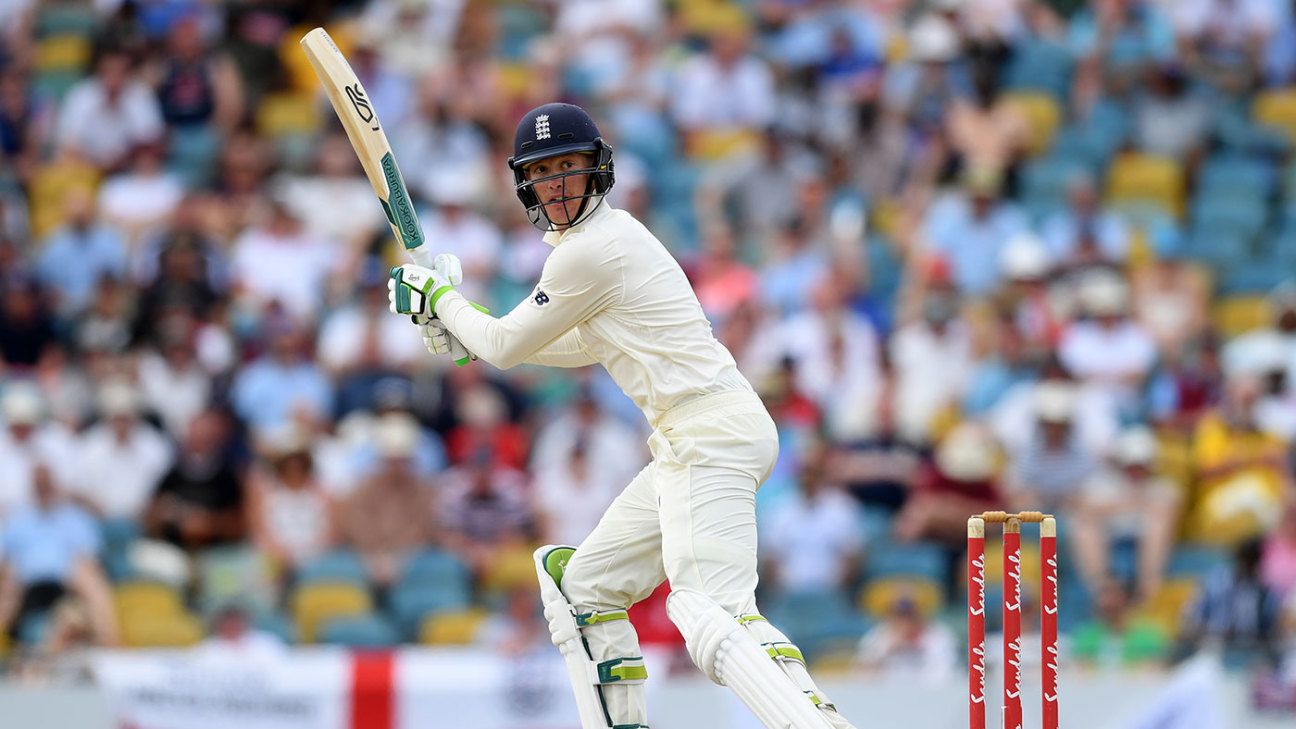 Like the hunt for the Holy Grail and the lost city of Atlantis, England’s search for opening batsmen has gone on so long, you wonder if they exist.

For while Rory Burns impressed in Barbados, the worries over Keaton Jennings are mounting. He is still yet to reach 50 in the 11 Tests he’s played outside Asia, with his apparent struggles against seam bowling causing concern ahead of the Ashes, which is now just three Tests away.

All of which leaves England with a dilemma ahead of the final two Tests of their Caribbean tour. In short, do they twist or stick with him?

The short-term answer appears to be stick. It is only four Tests since he made a fine century in Galle and he has proved extremely useful at short-leg. He is a popular and positive member of the squad and there will be much goodwill and patience extended to him.

Just as pertinently, there are not a host of candidates knocking down the door to take his place. The only realistic alternative on this tour is Joe Denly, who has some experience as opener but has more recently batted at No. 3 and No. 4 in Division Two of Championship cricket, while Jason Roy, who does not open in Championship cricket for Surrey and did not open on the Lions tour for England, might also force his way in over the coming months.

But the fact that England are now considering non-specialists to attempt one of the most specialised jobs in the game, underlines the extent of the problem. They have tried more than a dozen county openers and, to greater or lesser extent, found them all wanting. It is hard to avoid the conclusion that the County Championship, squeezed into early and late summer where conditions disproportionately assist medium-pace swing and seam bowling, is not producing opening batsmen who are able to withstand Test quality pace bowling.

It is hard to be wildly optimistic of Jennings’ ability to deal with Australia’s seamers. But with modern selectors quite rightly keen to provide their players with a decent run of games in which to attempt to find their feet – most openers have had seven or eight Tests to do so – they might be slightly reluctant to bring in Denly into the side now as it could leave them obliged to persist with him in the Ashes. Really, in retrospect, this wasn’t as well-balanced a squad as it may have appeared when it was selected.

Jennings is only one of England’s issues ahead of the Antigua Test, which starts on Thursday. The pitch looks, at this stage, surprisingly green though it is expected to be dry and good for batting. As a consequence, England may well want to play an extra seamer but be reluctant to lose the second spinner. Pressure on Adil Rashid, who neither threatened or offered control in Barbados, and Ben Foakes, who is unfortunate enough to be playing alongside other capable keeper-batsmen, is particularly intense. Chris Woakes, who did not train on Tuesday, would appear to be out of the mix, but Stuart Broad and Jack Leach are right in it.

Meanwhile Burns, one of the few positives from England’s batting in Barbados, suggested they may try and target Roston Chase more in future.

“It’s a lesson,” he said of the Barbados defeat. “With a four-man pace attack and one spinner can we put the spinner under more pressure. We can make the seamers come back and work harder.

“They bowled very well in the first innings. I was out there for 25 balls and I can’t remember getting a ball to hit, really. We weren’t able to transfer the pressure back onto them and absorb the pressure.

“For us it’s about how do we transfer that pressure. It’s only going to help having had a view of their bowlers. But they’re a very good attack.”