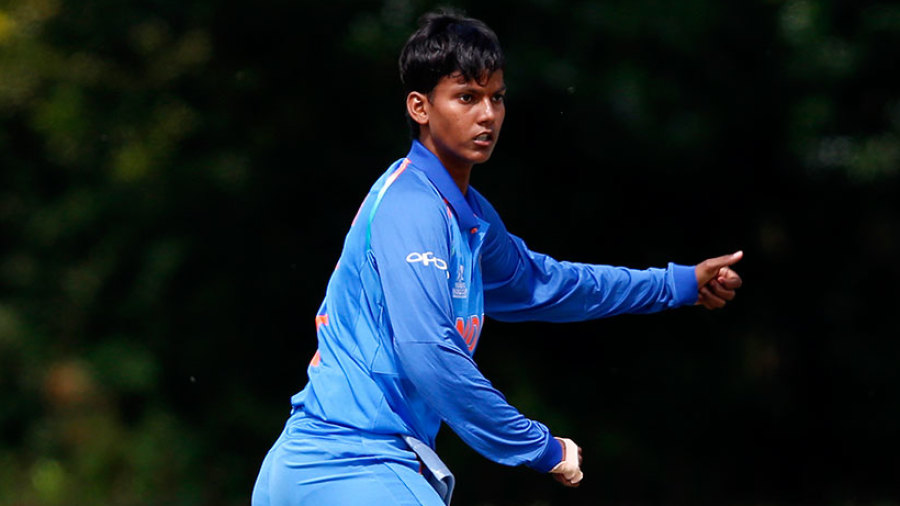 India continued their dominance against West Indies in the T20I series, beating them by five runs in a nine-overs-a-side affair in Providence in the fourth game to stretch their all-win record.

The hosts were unable to chase down a target of 51 in the rain-hit encounter, losing five wickets in the process to India’s spinners Anuja Patil, Deepti Sharma and Radha Yadav.

The West Indies spinners had clicked too, stopping India from posting a big total. After 7.5 overs, India were 40 for 7. In Smriti Mandhana’s absence, Jemimah Rodrigues opened with Shafali Verma and Veda Krishnamurthy played at No. 3. All three of them were removed by offpsinner Hayley Matthews inside the third over. The spinners continued to cause damage, removing six India batters for single-digit scores, and restricting them to 50 for 7 at the end of nine overs.

In reply, West Indies managed to keep their wickets intact initially, losing just two in the first six overs, but their required run rate soared over 8 – they were scoring at just 4.16 till then, courtesy India’s spinners.

A boundary in the penultimate over by Natasha McLean helped reduce the requirement for West Indies to 13 runs off the last over. But they lost two wickets – Shemaine Campbelle was run out and Sheneta Grimmond was caught behind off Patil – and couldn’t manage to find the boundary they so desperately needed.