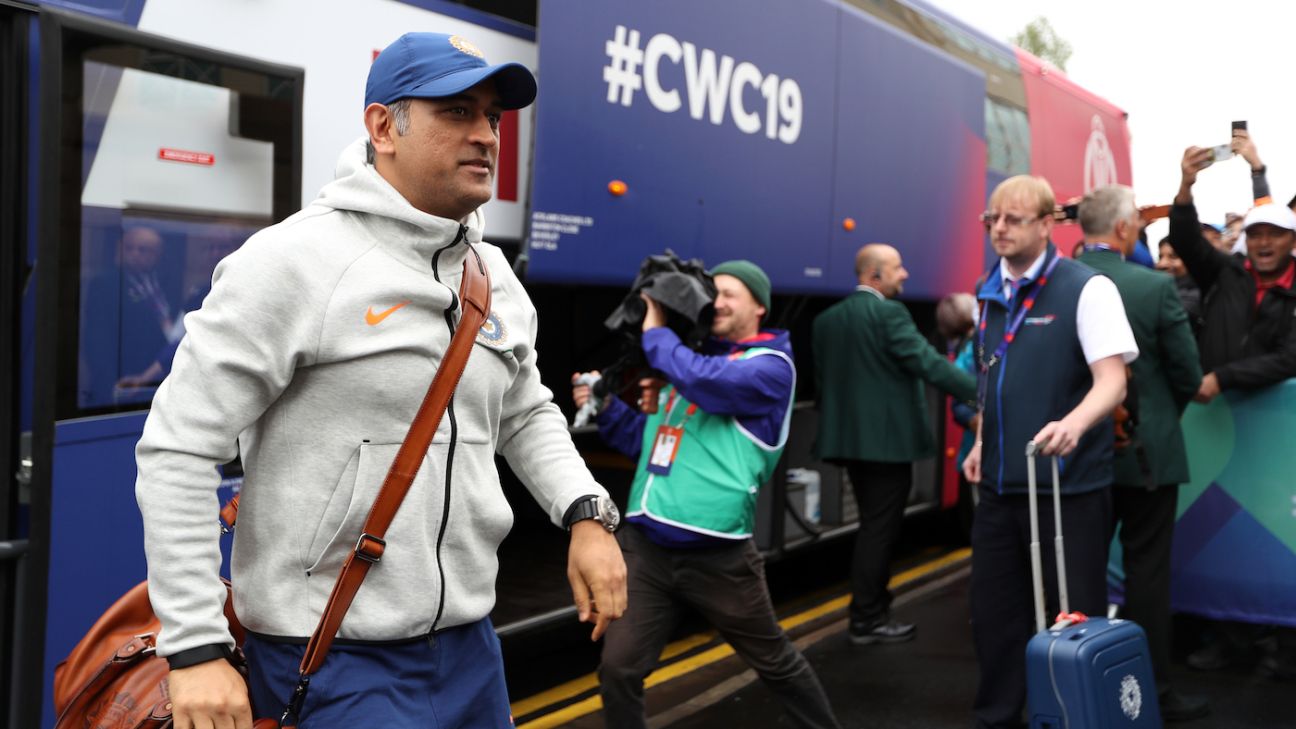 India coach Ravi Shastri feels that speculating about MS Dhoni‘s future is “downright disrespectful” and wants to see the debate end “once and for all”.

Dhoni has made himself unavailable for selection to the national sides since the 50-over World Cup earlier this year, and the questions about his future have been thrown at everyone connected with the Indian team in the past couple of months. Chief selector MSK Prasad was asked the question earlier in the week and he said “we are moving on”, adding fuel to the speculation fire.

“Half the guys commenting on MS Dhoni can’t even tie their shoelaces,” Shastri told the Times of India. “Look at what he’s achieved for the country. Why are people in a hurry to see him off? Maybe, they don’t find enough talking points. He and everybody who knows him know he’ll be going away soon. So, let it happen when it has to.

“Making statements at his expense is downright disrespectful. After 15 years of playing for India, wouldn’t he know what’s the right thing to do? When he retired from Test cricket, what did he say? That Wriddhiman Saha was good enough to be handed over the wicket-keeping gloves. He was correct. He’s been a shadow when it comes to the team, always sharing his mind, lending his views.”

“MS Dhoni has earned the right to retire when he wants to. And let this debate end once and for all”

While Dhoni has been silent on the subject, he dropped in to the Indian dressing room in Ranchi, his hometown, following their 3-0 sweep of South Africa in the recent Test series.

“The other day, he came over to the dressing room in Ranchi to meet Shahbaz Nadeem [a Jharkhand statemate, who had made his debut in the Test] and had a chat – how motivating is that for a guy making his debut at home,” Shastri said. “Let me say this: MS Dhoni has earned the right to retire when he wants to. And let this debate end once and for all.”

Earlier in the week, Sourav Ganguly, the new BCCI president, also threw his weight behind Dhoni when asked if he was rooting for a “Gangulyesque comeback”.

“It depends on him,” the former India captain said. “I’ve always said – even when I was left out and when the entire world said that, ‘he’ll never make it’ – I believed in myself and came back and played for four years. You know champions don’t finish very quickly. I don’t know what’s in his mind, what he thinks about his career, so we’ll deal with that.

“He’s one of the greats of the game. India is very proud to have MS Dhoni. His achievements, when you sit down and take note of what he’s done, you say, ‘Wow, MS Dhoni!’ So, till I’m around, everybody will be respected. That doesn’t change.”