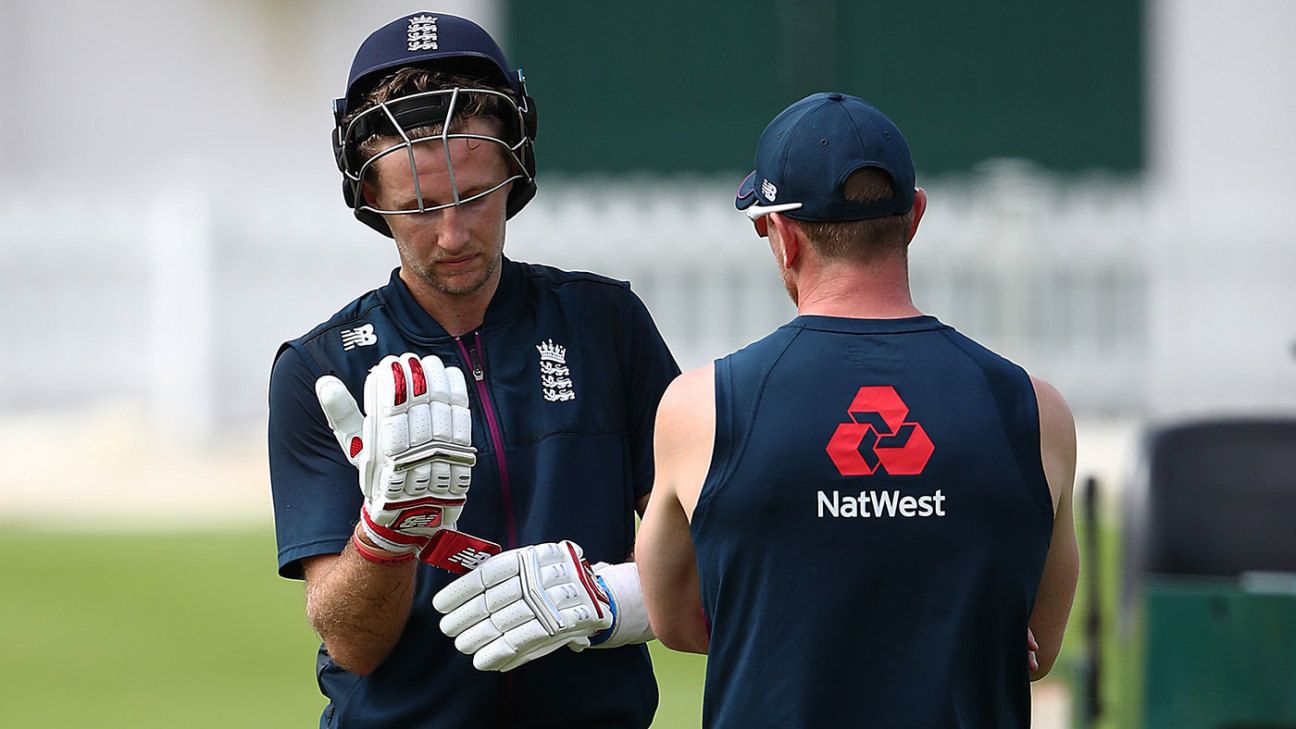 If Joe Root required any evidence about the dangers of burn-out, he will not need to have looked far for an example.

The presence of Jonathan Trott, a member of the England coaching team ahead of this Test against Ireland, should have provided a timely reminder. For Trott, you may recall, had something of a breakdown towards the end of 2013. And, while there were many factors involved – not least his own upbringing, which put a disproportionate value on cricketing success – a key factor, he felt, was England’s unrelenting schedule.

England had two Ashes series to play that year. And, while it is not as big a tournament as the World Cup, that England squad had long viewed the Champions Trophy – played just ahead of that first Ashes series – as a huge opportunity to win a maiden, global List A trophy. Losing in the final, particularly from a situation where they should probably have won (they required 20 from 16 balls with six wickets in hand), was later described by Trott (in his book, Unguarded) as “an overwhelming disappointment… probably the biggest of my career.”

Perhaps more pertinently, Trott and co. went almost straight from the Champions Trophy into their preparation for the Ashes series. With no time to let the scars – be they physical or psychological – heal, the squad was required to assemble in Chelmsford for an Ashes warm-up match against Essex. As Trott put it in his book: “Maybe, if we had been given some time to reflect and get over the defeat, I would have been OK. But by the time we reported back ahead of the Essex game – we reported the night before two days of training ahead of the match – we had been given just three complete days off. We hadn’t debriefed or discussed it. I hadn’t had time to come to terms with it. I hadn’t moved on. There was no time. There was never any time. If I had to pick the moment it all went wrong, that would be it.”

You don’t have to be a genius to work out the similarities with the current squad. Little more than a week since England finally won that maiden global List A trophy – and in dramatic, draining circumstances – several of the team are back at Lord’s on the verge of a run of games that will see them play six Tests in little more than seven weeks. And, between the World Cup final and now, they have attended numerous functions and events – not least a reception at Downing Street – with a residential Ashes training camp over the weekend. If anything, Root and co. had even less time than Trott’s “three complete days off”.

Success, no doubt, is less draining than failure. So it may prove that England’s World Cup winning squad require less time to come to terms with recent events than their predecessors. And, as Root pointed out ahead of the Ireland Test, “we’ve learned” from the way the team of 2013 fell apart and “how intense things got”.

For a start, England have rested key players. The likes of Ben Stokes and Jos Buttler, who are clearly key to the side in all formats, have been given an extra week off, though both attended the training camp. Equally, there seems little chance Jofra Archer will make his Test debut before the second Ashes Test at Lord’s as he recovers from various aches and pains – not least a side strain – while Mark Wood’s side strain may sideline him for the whole Ashes series. A return before the fourth Test, at least, seems unlikely.

Perhaps more importantly, the environment around the England squad these days is far less intense. So while the fitness and work ethic of the current team is every bit as good as their predecessors, there is more awareness of the need to relax, laugh and take time away from the game, too. Crucially, players are now encouraged to express their anxieties rather than feeling they had to conceal them. It would be disingenuous to pretend the situation hasn’t improved markedly.

But the fact remains, five of the World Cup-winning squad will be in the England side that takes the field in this Test. And all five of them – Root, Jason Roy, Jonny Bairstow, Chris Woakes and Moeen Ali – have a strong chance of remaining involved throughout the Ashes series despite Roy having recently struggled with his hamstrings, Bairstow having struggled with his shoulder and Woakes having not played first-class cricket – and therefore having not been required to put his long-suffering knee through consecutive days of bowling – since September. We continue to ask a great deal of them. Quite possibly too much. And while English cricket has learned a great deal in recent years, it’s never been quite enough to convince the ECB to risk compromising their income by cutting the schedule.

Root knows all this, of course. He came into that England side just as it started to disintegrate (he made his debut at the end of 2012) and spent Tuesday afternoon watching the recently released film The Edge, which chronicles that team’s life-cycle. And as he says, it was his decision to play in this match. “I wanted to play this game,” he said on Tuesday. “I wanted to get some red-ball cricket: the two days before this game, in particular, to make sure I felt in a good place.”

But Trott and co. were given the opportunity to rest, too. Instead, he opted to play in the ODI series against Australia – his last ODI series, as it happened – at the end of the summer of 2013, before forcing himself through a series of brutal training sessions where he basically set the bowling machine to its maximum speed and took blow after blow to the head and body. Alastair Cook later described (again, in Trott’s book) his failure to intervene in one “horrible” session where Trott was hit 20 times as something he would “regret horribly for the rest of my life”. Such is the work ethic of international sportspeople, they sometimes need to be told to rest for their own good. Liam Plunkett’s comments, made earlier this week, which suggested he was suffering from something akin to post-traumatic shock should sound a warning. These players need time to rest, reflect and recalibrate. They need time off.

Wait there, some of you will be saying. Don’t we all have stresses and strains in our jobs? And without the compensations and lifestyles of our cricketers? People trying to survive on benefits and the minimum wage may struggle to find much sympathy for England’s cricketers. And that’s understandable.

But we don’t all see our every move analysed and interpreted on TV. We don’t all live under the scrutiny of social media. We don’t all experience the emotional highs and lows and rushes of adrenalin. And the fact is that by asking England’s top players to return to action so soon, we are risking their long-term prospects. While some may have seen the decision to field a second-string against Ireland as disrespectful to both the format and the opponent, most would have understood the enormity of the demands and the requirement to make concessions. All international cricket is important, but nobody can really think this Test is more important, from an England perspective, than the Ashes or the World Cup.

So, just as if seems odd that a pathway system with age-group sides, county matches and a Lions side would expect someone – Roy – to make their Test debut in a position (opener) in which they’ve never batted before in first-class cricket, so it seems odd that players who are now so well protected and rewarded are required to return to action before they have had time to digest and recover from what may well prove to have been the defining chapter in their careers.