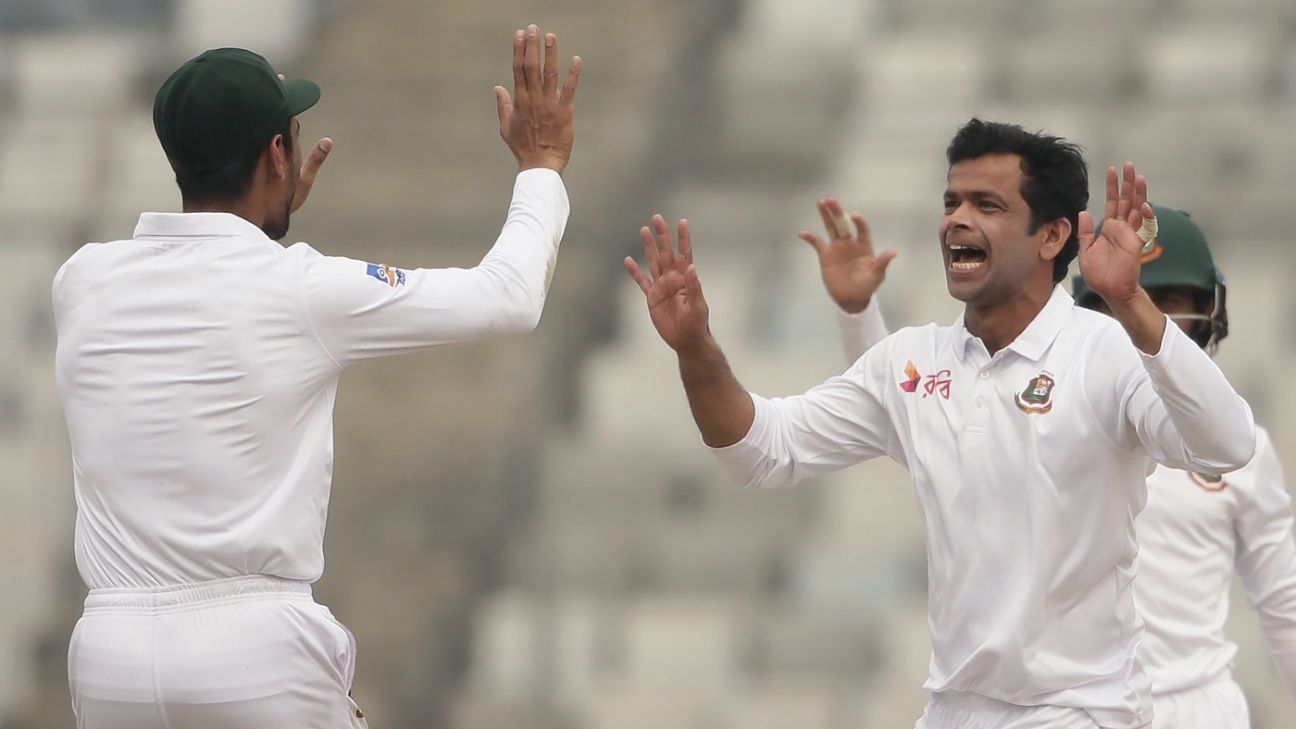 South Zone retained the Bangladesh Cricket League first-class title after their nine-wicket win over North Zone in Chittagong. This is the fourth time they have won the competition, having earlier been champions in the 2013-14 and 2014-15 seasons.

Veteran left-arm spinner Abdur Razzak struck the decisive blows in South Zone’s last round match, taking 12 for 144 to pick up the Player-of-the-Match honours.

Razzak took seven wickets in North Zone’s first innings, restricting them to 293 runs in 83.4 overs. Ariful Haque missed a century by two runs as he made 98 off 151 balls with six fours and three sixes. He added 135 runs for the seventh wicket with Ziaur Rahman, who scored 69 off 103 balls with seven fours and two sixes.

Anamul and Fazle completed the very short fourth-innings chase of 33, making 35 for 1 in 7.1 overs.