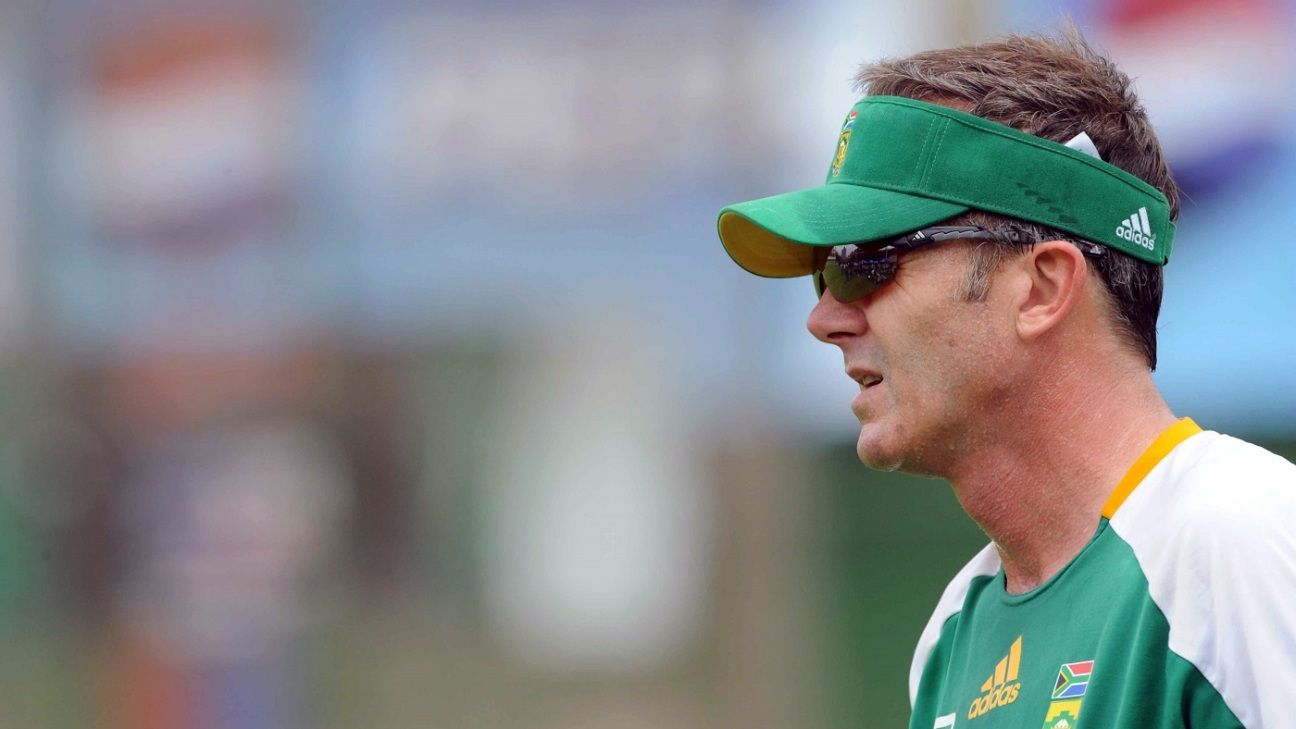 A showdown is looming between Cricket South Africa and South African Cricketers’ Association (SACA). CSA held meetings over the weekend and has announced that its board has approved plans to restructure domestic cricket as a response to a dire financial situation. But SACA has complained that it has been kept in the dark on the potential changes, which could cost 70 professional cricketers their jobs.

CSA chief executive Thabang Moroe announced the planned austerity measures after two days of meetings to discuss the body’s financial standing. In October, loss projections stood at R654 million [approx. $47 million], according to a report CSA had submitted to a parliamentary sports portfolio committee, and Moroe said that the amount had come down to R350 million [approx. $25 million] because of the proposed revamp.

But SACA says that it has been offered no clarity on the details of CSA’s financial position, and how the challenges ahead will be dealt with.

“A four-year deficit amounting to hundreds of millions of rands is unprecedented in South African cricket and is a serious concern to us as the representative of the players,” SACA chief executive Tony Irish said. “The future of the game is in the balance and as a critical stakeholder we believe the players have a right to know what the financial position actually is, how it is being dealt with, and how this is going to affect not only them but also all other cricket stakeholders.

“We have asked CSA for clarity and to date it has not provided this. SACA wishes to act responsibly and play its part in dealing with the challenge but in order to do that CSA must play open cards with us and properly engage with us.”

CSA’s austerity measures have been approved at the board level, and changes would include expanding the six franchise teams – Cape Cobras, Warriors, Dolphins, Knights, Highveld Lions and Titans – to 12 provincial teams from May 2020, effectively ending the existing system.

“The players’ livelihoods depend on cricket’s financial sustainability but this is not only about the players. It is also about the future of the entire game in our country”

“We have a three-phased process where we will see Cricket South Africa go back to 12 provinces and we plan in the third year to either have Limpopo or Mpumalanga – or both – become part of the first-class structure, which will take us to the 14-member competition,” Moroe explained.

“Franchise cricket has been a huge burden to CSA’s coffers. We are pinning most of our work and commercial strategy on the Mzansi Super League (MSL) to be the programme that is actually going to fund domestic cricket.”

The T20 Challenge, one of three T20 competitions run by CSA alongside the Africa T20 and MSL, will also be scrapped after operating without a sponsor this season following Ram Couriers’ pullout last year.

“Obviously with us collapsing the franchise system into the senior provincial system, you will have lesser competition costs associated with the competitions,” Corrie van Zyl, CSA’s general manager – cricket, said. “Next year, we’ll already be saving because of the termination of the T20 Challenge. From May 2020, we’ll be moving to a 12-affiliate first-class structure, which enables us to have a saving.”

But, Irish argued, the potential changes have been planned “without any meaningful consultation with SACA and despite the fact that this will directly affect the players”. “This restructure, announced as part of cost-saving measures, is likely to lead to at least 70 players losing their contracts and many other players at franchise level having their earnings reduced. The ‘human impact’ of this is significant,” Irish said. “SACA has a collective agreement in place with CSA, franchises and provinces, known as the MoU, which deals with these issues yet CSA has, in announcing this structure, disregarded that agreement.”

SACA president Omphile Ramela explained, “SACA has formally written to CSA twice in the last six weeks to express its concerns relating to CSA’s financial position. To date we haven’t received any reply at all to those letters. It is critical for us as the players’ association and the representative of all of South Africa’s professional cricketers to know the extent of the financial challenge facing cricket and to be comfortable on how that challenge is being dealt with. The players’ livelihoods depend on cricket’s financial sustainability but this is not only about the players. It is also about the future of the entire game in our country.”