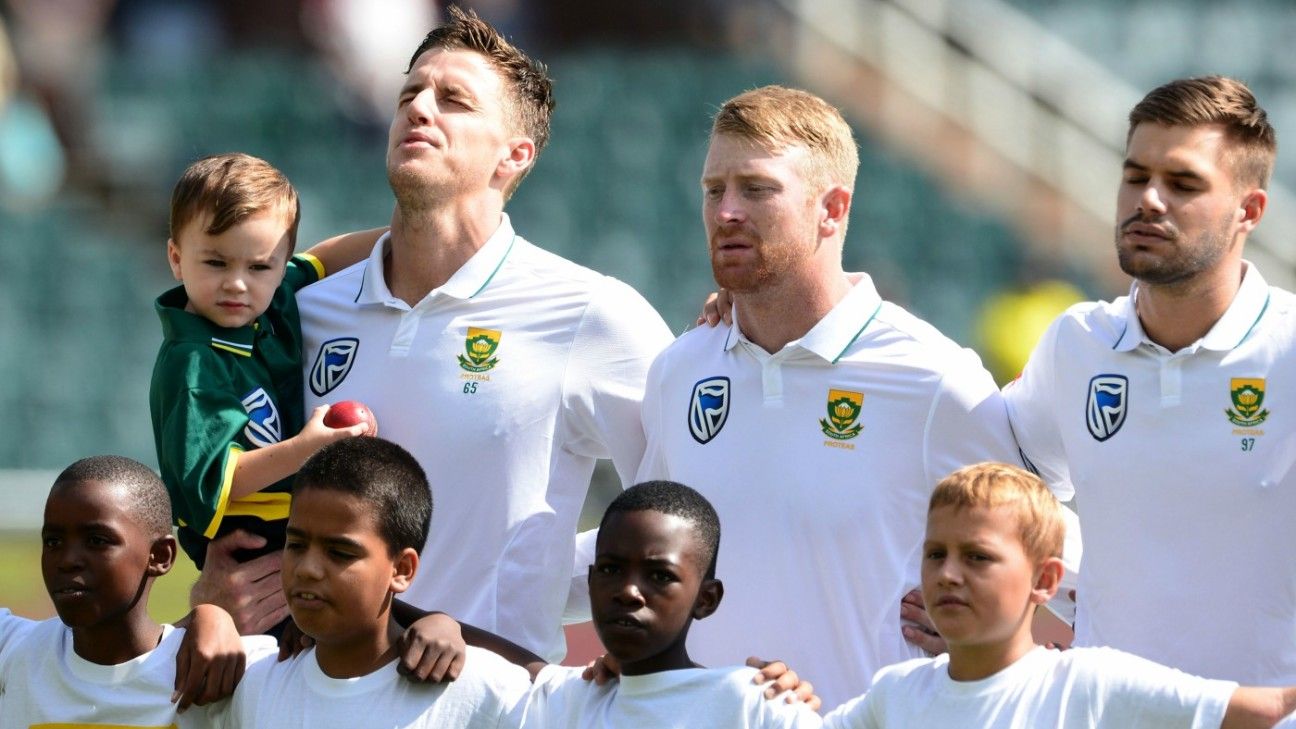 Former South Africa fast bowler Morne Morkel has warned that more South Africans could decide to follow the Kolpak route in the near future, urging Cricket South Africa to be proactive about keeping players at home.

“They have to sit down and come up with plans because they’re going to lose a lot of players in the near future and they need to protect against that,” Morkel told cricket.com.au.

Morkel’s comments came after Duanne Olivier became the 43rd South African to sign a Kolpak deal with an English county, agreeing to a three-year deal with Yorkshire last week. Morkel himself is one of those 43 players, having taken up a contract with Surrey after his international retirement last year.

“Communication is the key in any business. It’s never nice … it always paints a bad picture of cricket in South Africa. But that’s unfortunately part of our DNA and the struggles we have in South Africa.”

“Do you structure the contracting a little bit better? What security do you give the guys [in terms of] life after cricket? You talk about investing, but once a guy retires, they sort of drift away. I can name a number of players [on] who[m] they have invested a lot of money in, but you don’t see them coaching, you don’t see them involved with our academies.

“Give those guys a platform and say; ‘we’ve invested in you for so many years, when you’re thinking of settling down or moving on, this is where we see a role for you’. I think that communication is not great at the moment so that’s something they can improve on.

Morkel played 86 Tests, 117 ODIs and 44 T20Is before he called time on his international career at the age of 33, having been a regular starter for South Africa through much of his time. He acknowledged that the situation was more tricky for fringe players, for whom turning down an overseas contract might seem a bigger risk.

“[When I was younger] I was settled in the team so for me, it was easier to put offers aside and focus on playing with South Africa.

“It’s harder for those guys who are in and out of the team. If the communication channels aren’t great and you’re not sure where you fit in, that’s where the biggest challenge comes in. Communication is the key in any business. It’s never nice … it always paints a bad picture of cricket in South Africa. But that’s unfortunately part of our DNA and the struggles we have in South Africa.”

Morkel expressed some frustration with the timing of Olivier’s departure, which came after he took 34 wickets across five Tests and two ODIs for South Africa during the home summer, being named Player of the Series in the 3-0 Test sweep against Pakistan. But he also added: “I understand it completely”.

“It’s just unfortunate because Duanne had really settled in and is finding his feet … he knows what Test cricket is about. In terms of timing, it’s not great.

“[But] I think that decision was made long before a couple of months ago. He weighed his options up and it was a family decision and you have to respect that. It’s never nice to lose quality players, you always want to see them play for South Africa. But I understand it completely and I wish him all the best.”