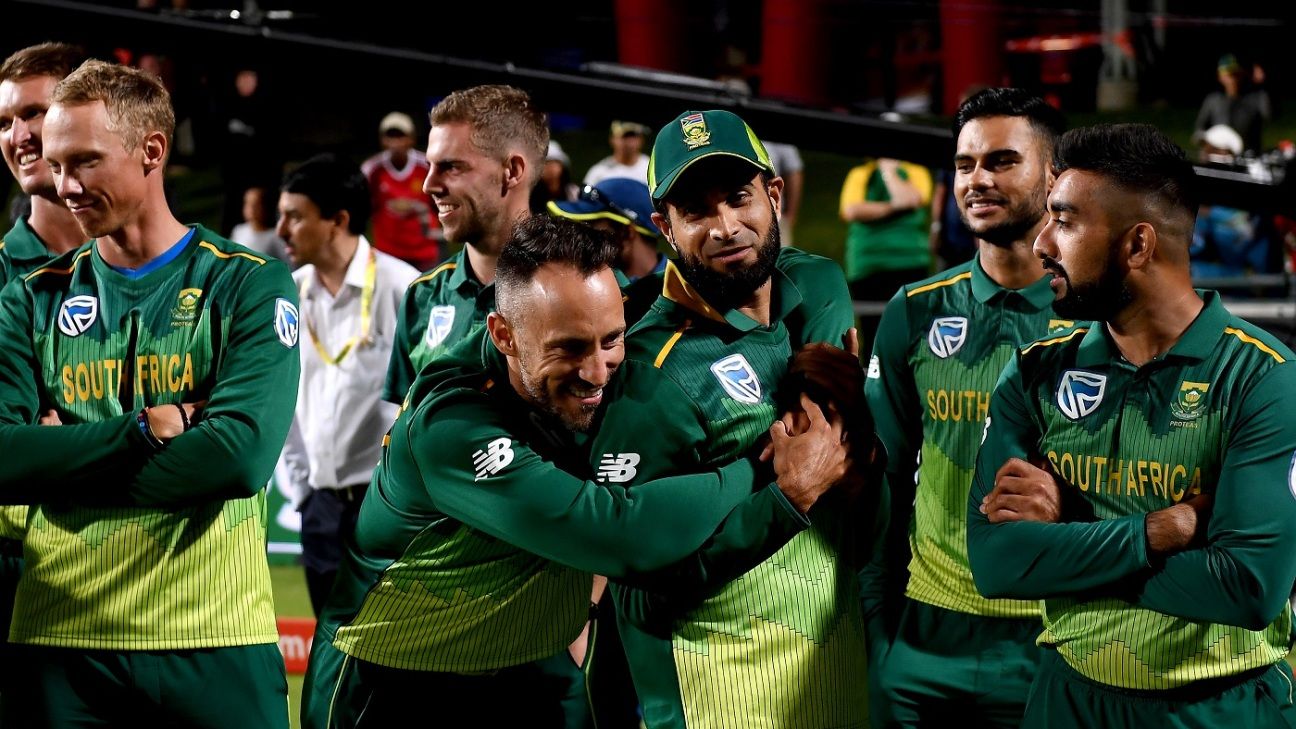 South Africa is working to avoid a repeat of the complex situation that cropped up after their semi-final exit from the 2015 World Cup – and the debate around transformation that followed – with Cricket South Africa confirming that those targets are not going to apply at the upcoming World Cup.

CSA’s transformation policy requires that the national team has an average of 55% (or six) players of colour in each game across formats. But chief executive Thabang Moroe has said that this would not be the case when the selectors consider the squad or the playing XIs at the tournament in England and Wales and that players would not be picked in order to “push a certain agenda”.

“No targets have been given,” Moroe said. “It’s up to the convener of selectors and the coach to decide what the final 15 will look like.

At the last World Cup in Australia and New Zealand in 2015, Vernon Philander, who had just recovered from injury, was picked ahead of Kyle Abbott for the semi-final against New Zealand in Auckland, which led to suggestions that the selection had been politically motivated. CSA, captain AB de Villiers, and coach Russell Domingo, however, insisted that Philander was picked on merit.

Across 28 completed internationals this season, South Africa’s men’s team has not quite hit its representation targets, with an average of 52% players of colour across formats over the course of the season. Certain injuries have contributed to that too, with regulars such as JP Duminy and Lungi Ngidi missing large parts of the season.

n’t know what the playing conditions will be like on a given match day,” Moroe said. “So the final XI will follow an agreement between the convener of selectors together with the coach and captain on a particular day for a specific match.

“Irrespective of what the XI looks like, at the end of the day they’ll be representing us as South Africans and we would like to think they would be picking a team that’s suitable to win that specific match and not to push a certain agenda.”

South Africa’s Institute of Race Relations (IRR), a liberal advocacy organisation, issued a press statement after Moroe’s statement, welcoming the move and saying that most South Africans want all selections to be made on merit.

“A new IRR poll, which is to be released later this year, shows that 83% of South Africans (and 82% of black South Africans) believe that the only criteria for selecting national sports teams should be merit,” said IRR’s statement, which went on to suggest that a bottom-up approach to transformation and access to sporting opportunities at government schools would be more effective than strict targets for the national senior sides in achieving transformation goals.

While the latest update may simplify the jobs of Ottis Gibson, the coach, and selection panel convener Linda Zondi, Gibson will still be under significant contractual pressure to succeed at the World Cup.

Moroe explained that while a World Cup win was not a specific term of Gibson’s contract, the CSA board had identified World Cup success as a key indicator of Gibson’s performance as coach.

“Ottis was hired to win the World Cup but at the very least, the chairperson of the board said we must qualify for the final as that could augur very well for us as CSA,” Moroe said. “The coach is a board appointment. The support staff is aligned to the coach’s contract.

“It is for the board to evaluate his performances, his KPIs with what he’s achieved for us thus far, what changes they would like to see, what are those changes, and they will obviously communicate that to (CSA) management and then management will sit with the coach. It is also up to the coach to look at the terms of any new contract put in front of him and if he’s agreeable to those.

“I’ve been very happy with his results and how he’s handled himself as head coach. I’ve been very impressed. He’s been a breath of fresh air. But it’s a decision for the board to make.”