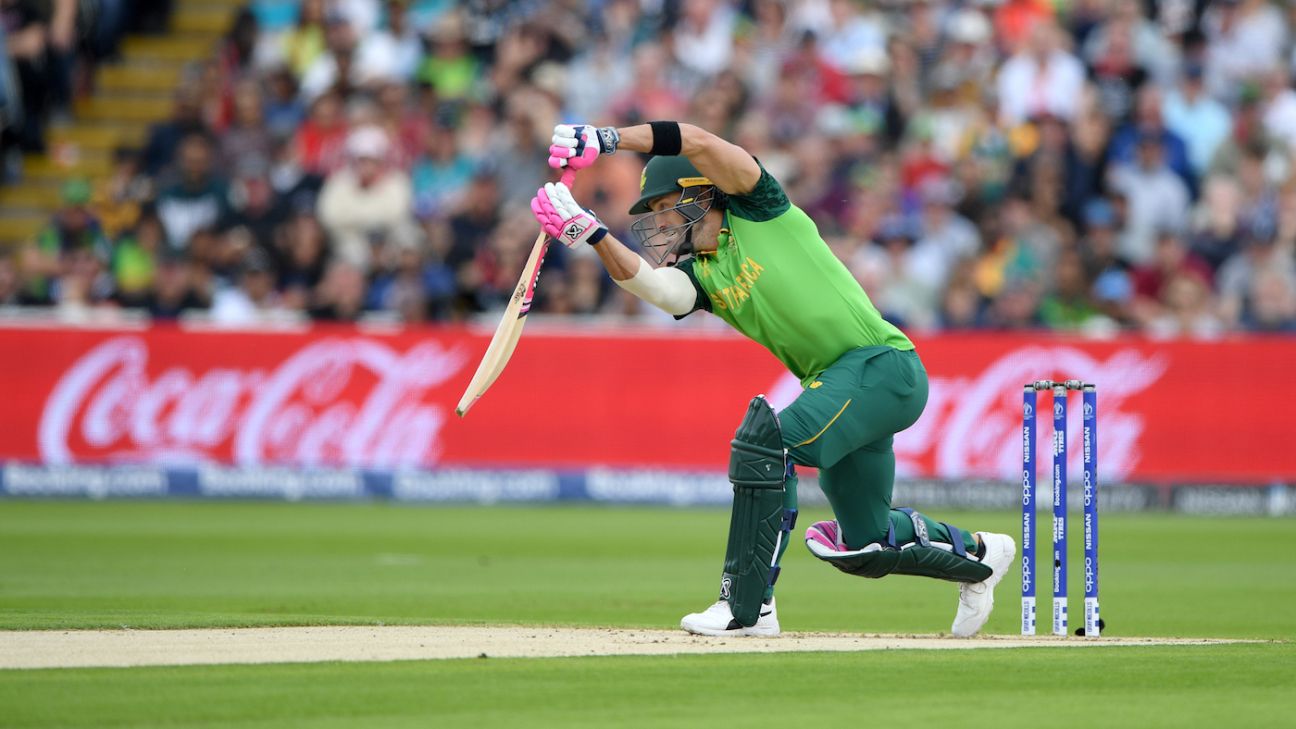 Faf du Plessis has been included in South Africa’s T20 squad to play against Australia, after stepping down from captaincy on Monday morning. The team will be led by Quinton de Kock and also includes a return for Kagiso Rabada, who was rested for the limited-overs matches against England, and Anrich Nortje. AB de Villiers was not named in the squad despite coach Mark Boucher’s indication that he will be considered for this year’s T20 World Cup