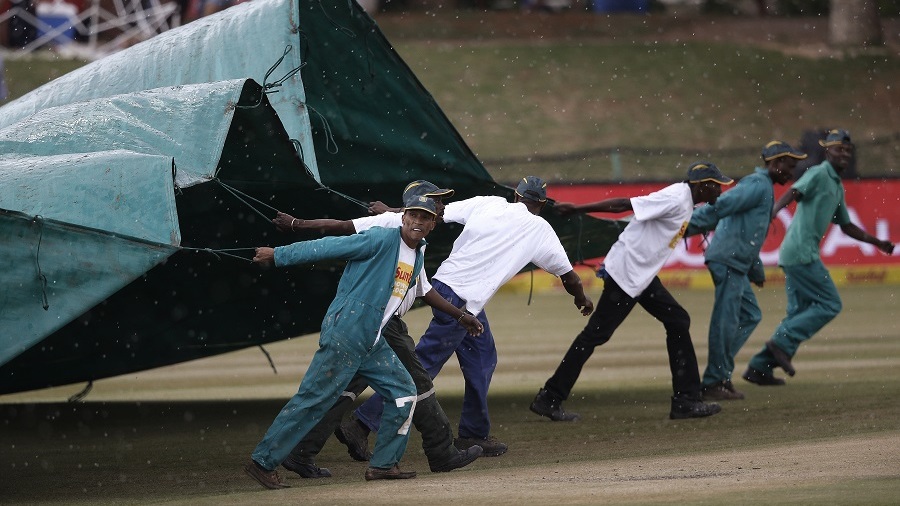 South Africa have gained significant insights into their bench strength in the last two weeks of white-ball experimentation. They have had a look at 22 players, four opening pairs, umpteen seam options and both of their frontline wristspinners, while also managing to win every match.

That they have done so even when several of the pitches played on have been unsuitable for South Africa’s push towards increased aggression with the bat in limited-overs cricket, speaks to the gulf between these two teams. Zimbabwe have been good enough to put themselves in strong positions, but have lacked the ability to land the killer blow with the ball, or counterattack effectively with the bat.

That might not have been the case had Zimbabwe been able to draw fully from the reserves of talent that the country has produced. How would South Africa have dealt with Blessing Muzarabani‘s height and pace on capricious early season pitches? Might Sikandar Raza have added a little more backbone to the middle order?

Those questions are, perhaps, academic. This is the hand Zimbabwe have been dealt, and while Raza will be back in action in their next tour to Bangladesh later this month, it will be years before Muzarabani plays international cricket again, if ever, having signed a three-year deal with Northamptonshire.

That’s not to say there have been no positives for the visitors on this tour in the absence of those two. Brandon Mavuta has emerged as a player of great promise, and the bowling has generally been good throughout. But it’s never all clicked at once, and Zimbabwe’s batting has repeatedly let the team down.

South Africa will face sterner challenges from Australia, Pakistan and Sri Lanka this summer, but this series has given them the freedom to chop and change, and by then they will have a better idea of which combinations suit them. Zimbabwe, too, have learned a little about their own strengths and weaknesses, and they have one more chance to get it right.

Quinton de Kock‘s keeping over the last two games has been virtually flawless, but his batting has been a little off, with scores of 5 and 26. While he remains South Africa’s first-choice keeper, there will inevitably be a little pressure on him with Heinrich Klaasen in the squad and hitting the ball cleanly in the middle order. A commanding knock in the final T20I would certainly help de Kock cement his place ahead of South Africa’s trip to Australia at the end of the month.

Hamilton Masakadza has made four scores in the 20s on this tour, repeatedly getting himself in and then getting himself out before he can make the sort of contribution that his team so sorely needs. He admitted as such in his post-match interview on Friday, and as Zimbabwe’s leading run-scorer in this format, the team needs more from their captain.

South Africa’s plan was to give every player in their squad at least two matches over this series, and after the last match captain Faf du Plessis suggested that he might be the player to miss out in the final game to ensure they’re able to do that. Without du Plessis, JP Duminy will captain and South Africa will have a little more space to tinker with their middle order.

Neville Madziva is the only member of Zimbabwe’s T20I squad not to have got a game on this tour, and he could slot into their lower middle order in place of Elton Chigumbura, who seems horribly out of form with the bat. Zimbabwe may also look to swap Wellington Masakadza for Tendai Chisoro, who failed to take a wicket in either of the first two games.

It’s very early in the season, and while this ground is traditionally thought of as one where plenty of runs can be scored, the two provincial games played here last week suggest that there could be a good battle between bat and ball. Both Easterns and Boland were bowled out in the 50-over game, while neither side reached 300 in the three-day match. Come Sunday, there should be something in it for the bowlers.

The weather may also have an impact. It’s expected to be cloudy and cool, with the possibility of a thunderstorm in the afternoon.

“Guys are getting starts, but it’s about building on those starts. We’ve continued to lose wickets at the wrong times.”
Zimbabwe captain Hamilton Masakadza points to where his team’s batting malaise lies.

“If you look at the all round batting unit, there are seven or eight batters in the mix for the World Cup and all the guys have done well at different times.”
Faf du Plessis has been pleased with what he has seen from South Africa’s World Cup hopefuls.