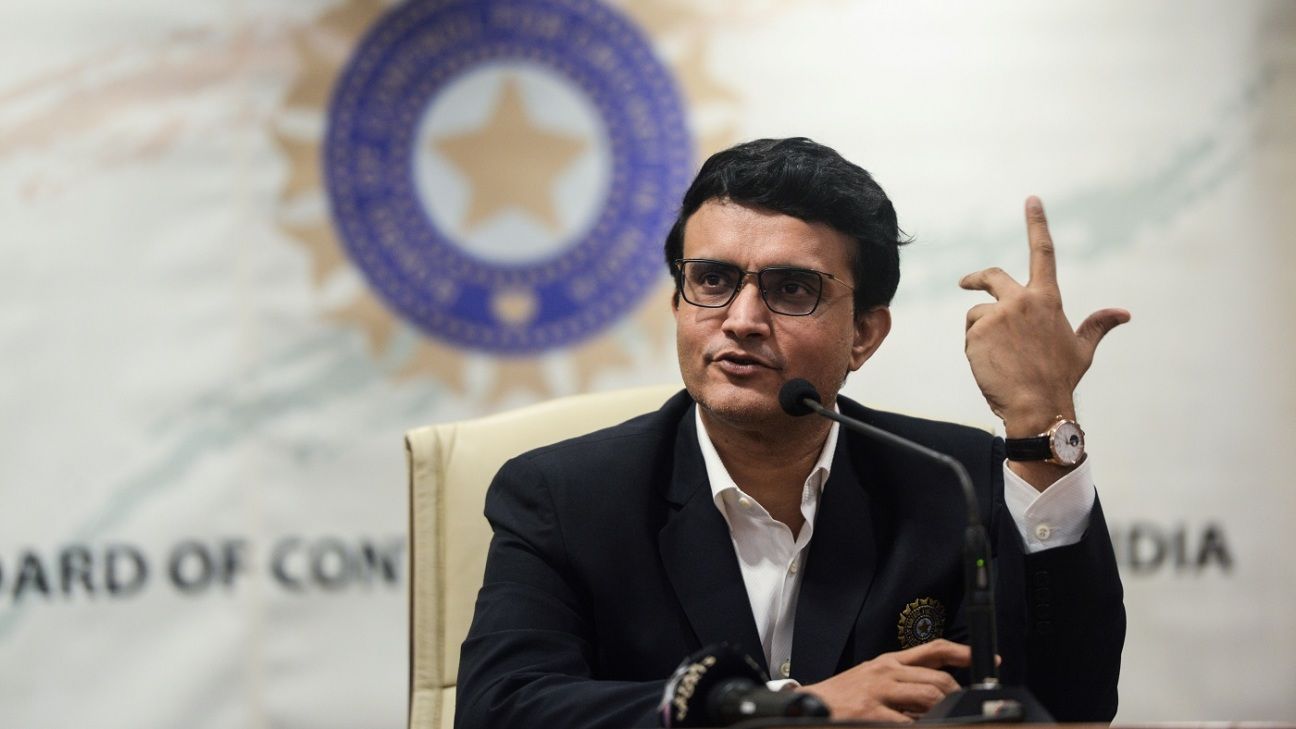 India, England and Australia may overturn the delicately balanced global cricket calendar and play an annual limited-overs tournament among themselves – with one other nation – from 2021 onwards, according to BCCI president Sourav Ganguly.

In a possible indicator as to how the new BCCI administration would like to see the game’s schedule shape up in the future, Ganguly is reported to have revealed that the Indian board has been in discussion with the ECB and Cricket Australia about staging a four-nation tournament, hosted by rotation, every year. The arrangement could run against the ICC’s intentions – agreed to in principle by member nations earlier this year, albeit with a host of caveats – to add an extra 50-over tournament to the ICC events cycle beginning in 2023, so there is a global event providing revenue to member nations in each year of the cycle.

“Australia, England, India and another top team will feature in the Super Series, which begins in 2021, and the first edition of the tournament will be played in India,” Ganguly was quoted as saying by Kolkata-based newspapers at an event organised by a fantasy cricket app over the weekend. This was soon after he had returned from a trip the UK along with BCCI secretary Jay Shah and treasurer Arun Singh Dhumal to meet ECB officials.

ALSO READ: Earl Eddings – from the frying pan into the fire?

Other details for the event purportedly include potential windows for each of the three nations to host it – October/November for India, September for England and October/November or February/March for Australia.

There have been plenty of discussions lately about the future shape of the global game, with CA chair Earl Eddings and chief executive Kevin Roberts recently hosting ICC chief executive Manu Sawhney for a meeting in Melbourne, in addition to Ganguly’s visit to London. Eddings and Roberts are set to sit down with Ganguly and the BCCI in January, during Australia’s ODI tour of India.

When contacted about the BCCI’s plans, a CA spokesperson declined to comment. Eddings, however, has previously expressed to ESPNcricinfo his reluctance to see the world’s major financial powers again separate themselves from the rest of member nations, who depend largely upon revenue from ICC events for their financial health, as had taken place in 2014.

“I don’t think that did cricket any favours,” Eddings said of the Big Three plan. “I think there’s a balance, you find that balance between looking after your own backyard and understanding your responsibilities as a custodian of the global game, and I think that’s always a challenge.

“But certainly we walk into those conversations saying we need to look at bilateral cricket, but we also, as members of the ICC, have a responsibility and accountability to maximise it and make it work for everyone.”