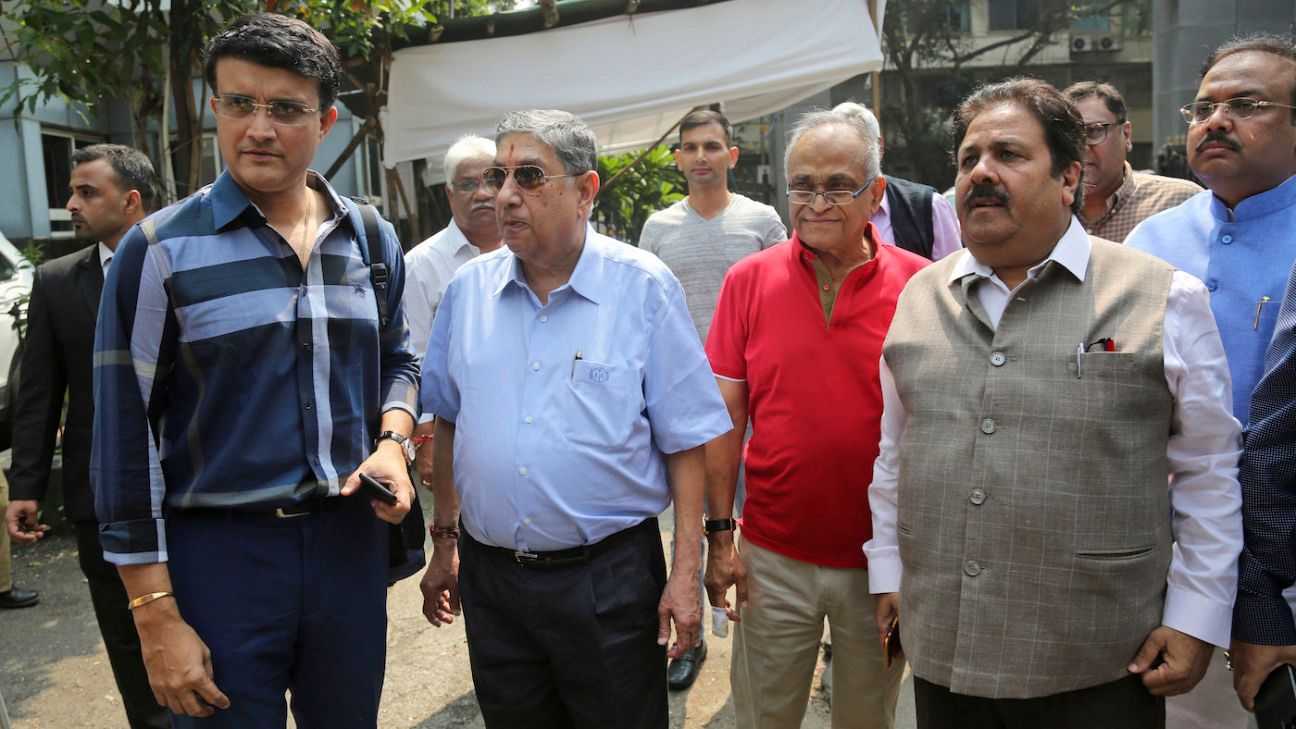 Sourav Ganguly has been formally elected as the BCCI president during the board’s general body meeting in Mumbai. His assumption of office marked the formal end of the board being under the charge of the Supreme Court-appointed Committee of Administrators; he also became the first former India cricketer in 65 years to head the board.

Ganguly accepted his position from the board’s electoral officer N Gopalaswami in the presence of the three outgoing CoA members and the state associations’ representatives. Ganguly and the other four office-bearers will now take over the board’s running from the CoA – currently comprising Vinod Rai, Diana Edulji and Lt Gen (retd) Ravi Thodge – which was supervising the board for the past 33 months.

“I’m totally satisfied because we are leaving the BCCI to the governing council and the administration,” Rai said after Ganguly’s formal assumption. “Five former players in the administration could never have been better. The president is one of our most successful captains, he has had five years at the CAB and is now taking over at the BCCI. There is no one better than him to take this position.

“We are agnostic about the family [relations of the office bearers] and other things. Our job was to hold the elections as per the constitution and we have done that.”

“I’m very happy that a former cricketer is taking over as president,” Edulji said at the headquarters before the meeting began. “I’m sure he will take the BCCI to greater heights.”