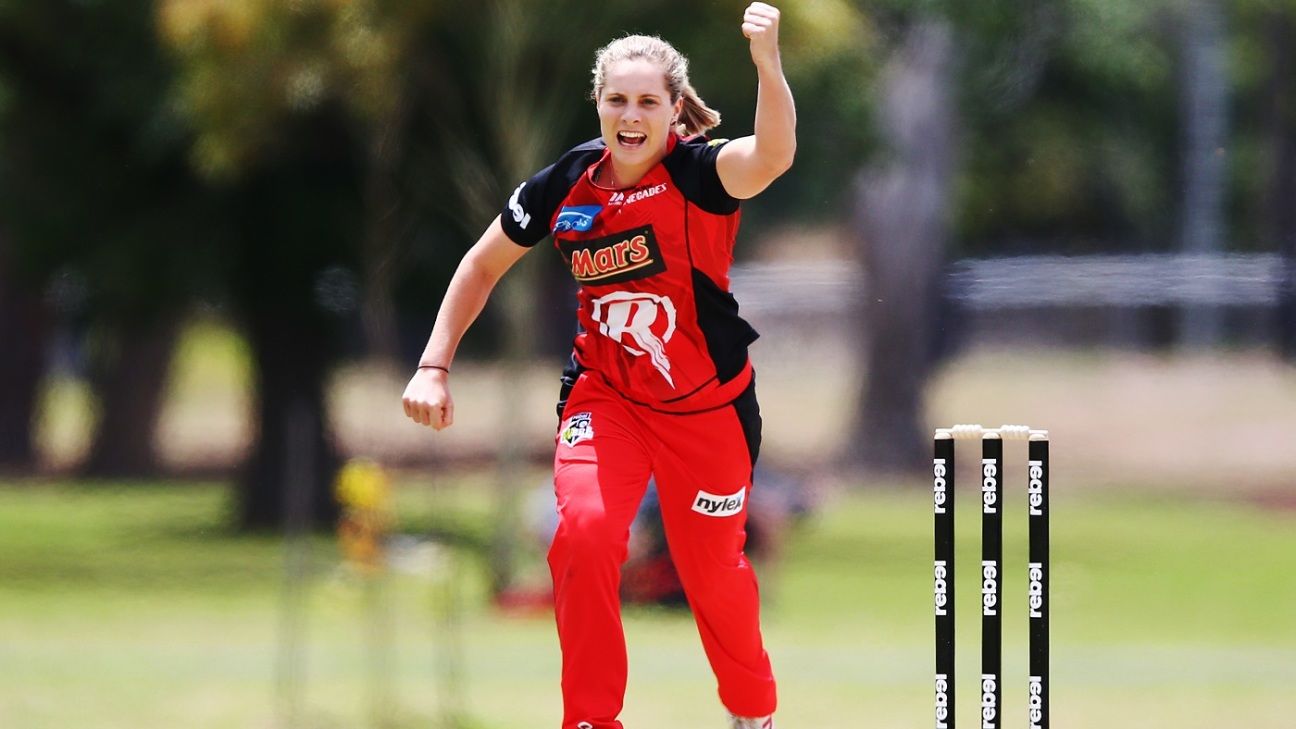 Australia and Melbourne Renegades women’s allrounder Sophie Molineux has become the latest cricketer to step away from the game for mental health issues.

Molineux has played all 10 of the Renegades WBBL games so far this season, as she was pushing to return to the national side ahead of the T20 World Cup. But she has withdrawn from Saturday’s Melbourne derby against the Stars at Eastern Oval in Ballarat in order to focus on her mental health and wellbeing.

This follows on from Victorian male trio Glenn Maxwell, Nic Maddinson and Will Pucovski all withdrawing from Australia and Australia A commitments for mental health reasons, although it is understood all three men were suffering from different mental health challenges.

Renegades WBBL Head Coach Tim Coyle said they will give Molineux as much time as she needs away from the game.

“Sophie knows her teammates and the Renegades coaches and support staff are always there for her,” Coyle said. “We’ll give Sophie the time, space and any support she needs.”

“Sophie has made the decision to take a break from cricket and we are providing her with the support she needs,” Inge said. “The welfare of our players is a priority and we are proud of the brave decision by Sophie to step away from the game.”

CA’s head of national teams Ben Oliver told ESPNCricinfo earlier this month that CA is working hard with both the men’s and women’s national squads to gain a better understanding of mental health issues.

Australia’s male players spoke on the eve of first Test against Pakistan about the importance of monitoring their own wellbeing.

Makinley Blows has been brought into the Renegades squad.